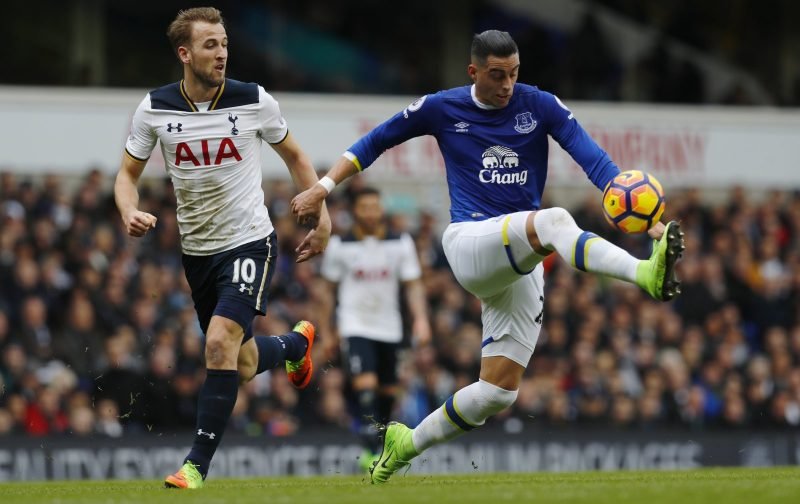 It’s not been a good international break for Everton ahead of this weekend’s derby clash at Anfield as following Seamus Coleman’s horrific leg break against Wales comes the news that Funes Mori looks set to miss the rest of the season after picking up an injury while playing for Argentina against Bolivia, giving Ronald Koeman lots to think about for his defence as the Toffees prepare for arguably the biggest game of their season.

Mori has made 23 appearances for Everton in the league this season and has been a huge part in the run which has seen them move to within six points of the top four as they sit in seventh position following a run of seven wins out of the last ten games.

It’s up to Koeman to somehow rally his depleted troops for the derby clash which could prove vital if the Toffees are to achieve European football next season.

Here’s how fans on social media reacted to Mori’s injury:

First we lost Bolasie. Then we lost Coleman who is crucial. Now, we lost Funes Mori. Need an absolute fight to milk a result from the derby.

Funes Mori being stretchered off during his game with Argentina, no surprise… the derby is Saturday! pic.twitter.com/dMx3gpl3Gs