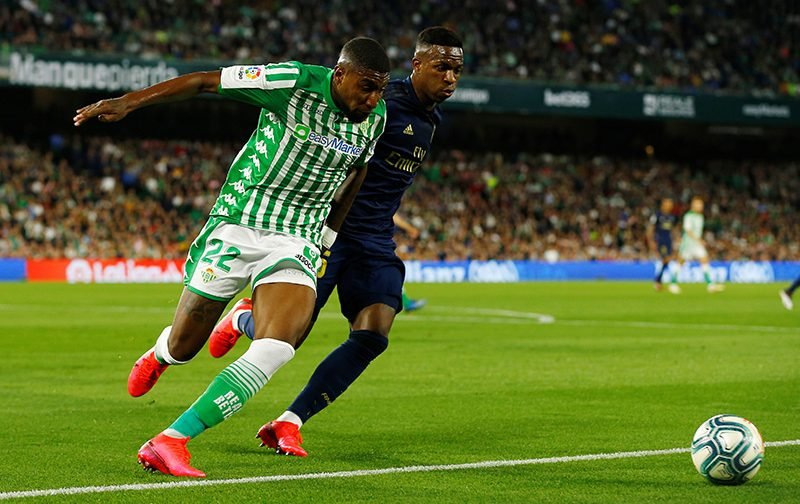 Everton have had an offer rejected for Barcelona right-back Emerson, according to reports.

The 21-year-old is currently on loan at Real Betis until next summer, where he has played 41 times in all competitions.

However, according to Mundo Deportivo The Toffees are attempting to bring him to the Premier League.

Carlo Ancelotti would like to add to his squad ahead of the 2020/21 season after seeing his side win just one of their last six Premier League matches on the way to a 12th-placed finish.

So far the Italian has only been able to recruit defender Niels Nkounkou on a free transfer from Marseille, so will hope to add more before the window shuts on October 5th.

Emerson, who has one cap for Brazil, made his name in his home country with Ponte Preta and Atletico Mineiro before being signed by Barcelona in  2019.