Everton set to part with midfielder James McCarthy this summer 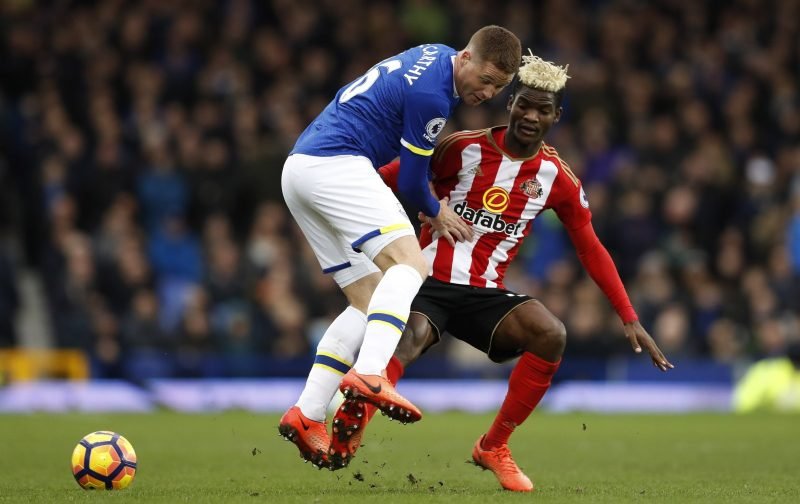 Premier League outfit Everton are looking to sell midfielder James McCarthy this summer, with Crystal Palace, Newcastle, and West Ham thought to be interested, according to The Daily Mail.

The 26-year-old Republic of Ireland international has struggled for gametime under new Toffees boss Ronald Koeman this term, starting just seven of their 38 Premier League matches, and making just five other substitute appearances.

And the arrival of Manchester United man Morgan Schneiderlin in January has pushed McCarthy even further down the pecking order, and although injuries have hampered his chances in the second half of the season, it does appear that the £12.75 million-rated man’s (as per Transfermarkt) Everton career is coming to an end.

In fact, the Merseyside outfit are looking to secure £20 million for the Irishman’s services this summer, a move reportedly interesting Premier League duo Crystal Palace and West Ham, as well as top tier-bound Newcastle United.

Rafa Benitez’s Magpies are building for their return to the Premier League and are looking to bolster their midfield options, while Slaven Bilic’s Hammers and Sam Allardyce’s Eagles may seek Premier League experience to help take them to the next level.

Where McCarthy ends up very much remains to be seen, but what seems clear is that the 26-year-old’s future is away from Goodison Park.