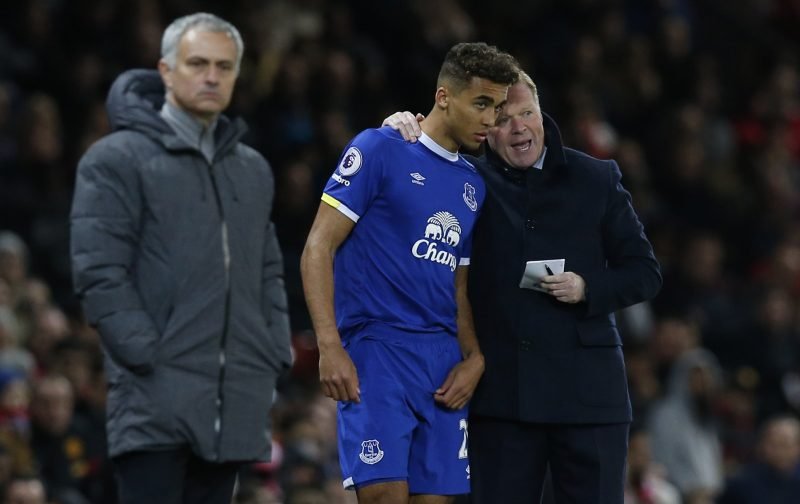 Dominic Calvert-Lewin is close to agreeing a new five year deal to stay at Everton.

According to a report in the Daily Mail the former Sheffield United forward has did enough in 11 first team appearances to earn a new contract.

Calvert-Lewin was signed from Sheffield United for £1.5m in August and forced his way into the first team picture at the turn of the year after impressing for Everton’s u-23 side.

Ronald Koeman is keen to bring in promising younger players from elsewhere and reward them once they have proved that they are ready for first team football.

The Everton boss wants to develop a core of players with a feeling for the club to go alongside an aggressive transfer policy aimed at bringing in some of the best players in Europe under the age of 25.

Without Champions League football to offer Koeman believes that that is the best route to success with the Goodison board happy to back that policy with new contracts and also transfer funds.