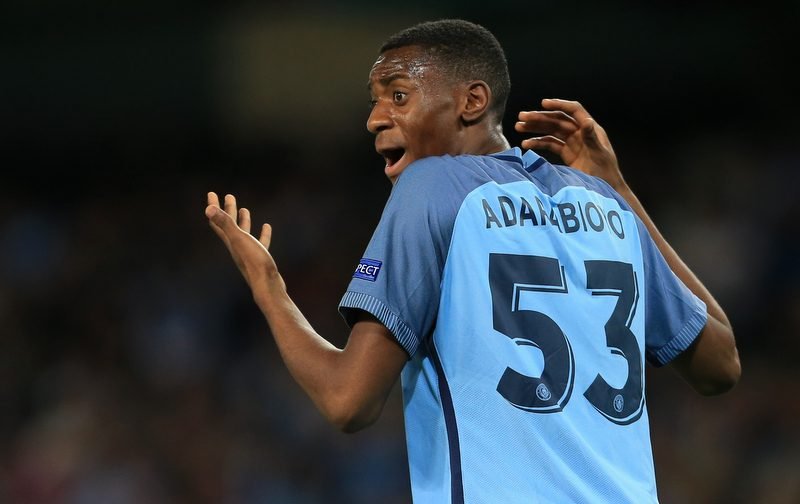 According to a report in the Daily Mail the 19-year-old has refused to sign a new contract and could leave for a minimal development fee.

With six months left on his contract, Everton are expected to put in a formal offer with City powerless to prevent him moving to Merseyside.

Ironically the £50m transfer of John Stones from Everton is one of the major reasons why Adarabioyo has refused to sign a new deal.

City have tried to get the England u-19 internationalist onto a new deal but despite playing against Celtic in the Champions League last month it seems certain that his future is way from the Etihad.

Unless Pep Guardiola can come up with a very convincing argument it seems certain that one of City’s top academy prospects is about to walk out on the club for life at Everton.