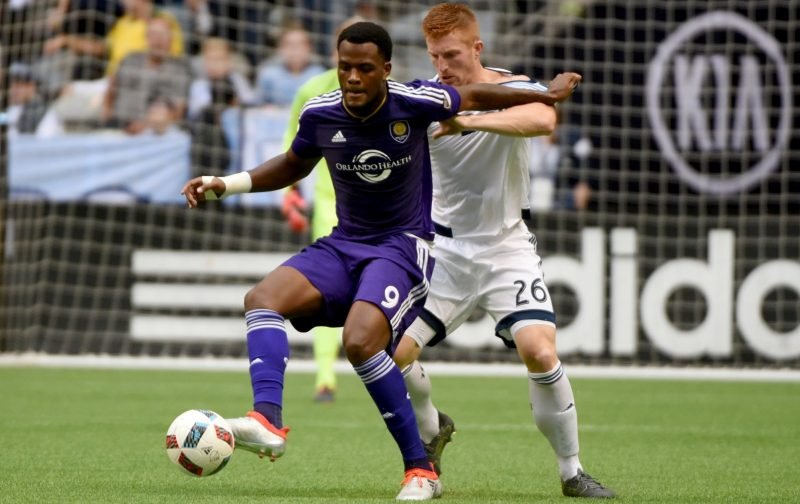 Canadian striker Cyle Larin is the latest name to be linked with a move to Goodison Park as Everton look for replacements for the seemingly imminent departure of Romelu Lukaku.

The Belgian’s failure sign a new deal at the club has paved the way for several stories linking him with a move away from Merseyside, with the likes of Manchester United and Chelsea reportedly keeping tabs on the 23-year-old.

However, the Toffees are already turning their attentions to 21 year-old Larin, who’s been earning rave reviews in Major League Soccer with his performances for Orlando City, and indeed the Canadian national team.

Signing Larin, should Lukaku leave, would represent a gamble for Ronald Koeman as the striker remains relatively untested at the highest level and would be replacing one of the most consistent Premier League forwards of the past few seasons.

If anyone has the confidence to step into Lukaku’s shoes then it could be Larin, who already has the weight of expectation on his shoulders for his national side.

I’m a big fan of Larin’s finishing ability, would be a good fit for Everton even if Rom stays https://t.co/j3O79c2Qb0

I cannot think of anything that would make me happier! @Everton @TheBlueRoomEFC #CanMNT https://t.co/bVyvRyviB0

While one fan of Orlando City gave his verdict…

@RBMersey he’s my favorite player.. good but you don’t want him at Everton yet he is still too inexperienced