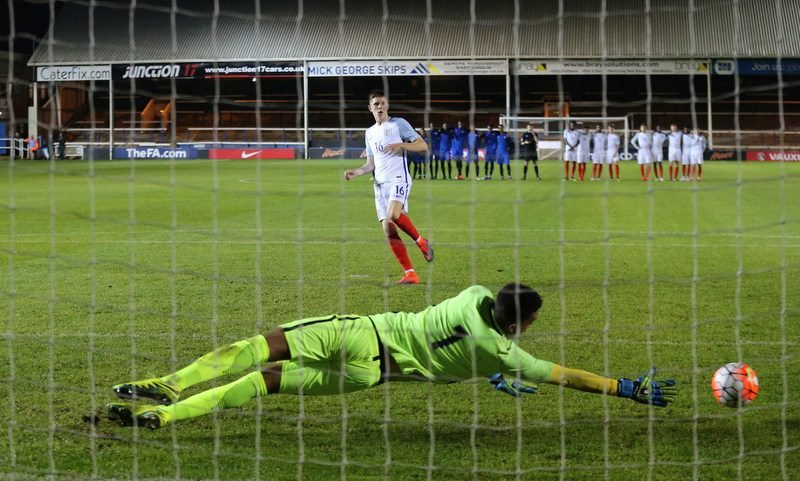 Everton are reportedly interested in signing England Under-18 international starlet George Hirst, according to the Liverpool Echo.

The Premier League side, who currently sit seventh in the English top-flight standings after defeating Southampton 3-0 in the New Year, want the highly-rated Sheffield Wednesday forward to bolster their Under-23 squad this month.

The 17-year-old, who has featured five times for England’s Under-18 side, has made two first-team appearances in all competitions for The Owls so far this season.

Hirst, who made his senior debut against Cambridge United in the first round of the EFL Cup back in August 2016, is the son of Wednesday’s legendary striker David.

The report suggests that The Toffees’ Under-23 boss, David Unsworth, has identified the 6ft 3in forward as a transfer target, with the former Everton defender wanting up to four new additions this month.

Hirst is contracted at Hillsborough until 2018 after putting pen to paper on his first professional contract last March.