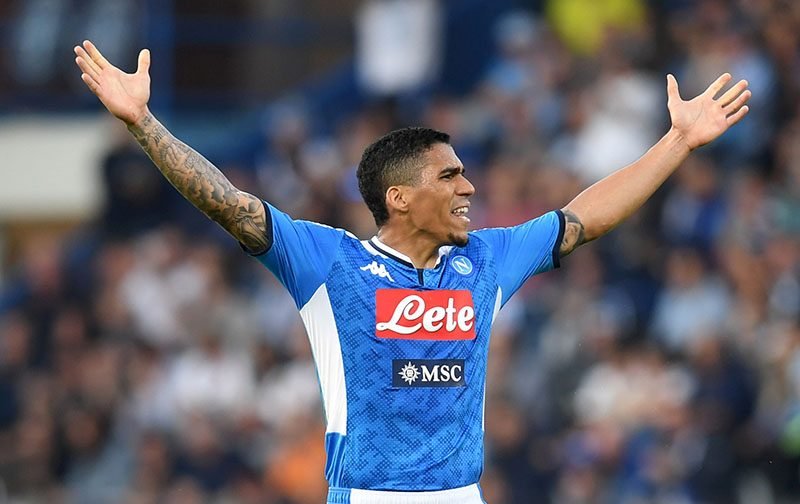 Everton have told boss Carlo Ancelotti that signing Napoli star Allan is ‘impossible, according to reports.

The Italian managed the Brazilian during his spell in charge of the Naples club and is a big admirer of the player.

However, it’s claimed that the Toffees board have ruled out a move for the former Udinese player.

It’s thought they have informed their newly-appointed head coach that they don’t have the funds to launch a bid for Allan.

The 29-year-old, who has eight caps for Brazil, has played 20 matches in all competitions for Napoli this term, with five of those coming in the Champions League.