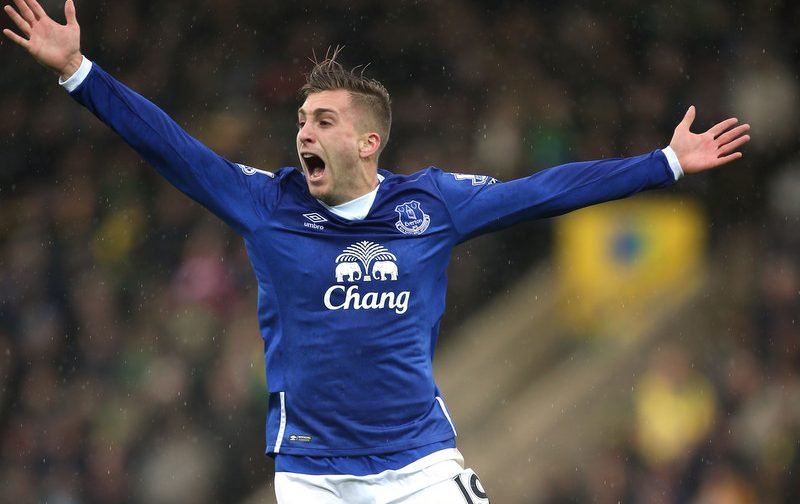 The 22-year-old, who has failed to score a goal or register an assist in 12 appearances in all competitions for The Toffees so far this season, was challenged to replicate Arsenal legend Thierry Henry’s stunning set piece against Newcastle United back in November 2006.

The France forward pulled off an exquisite piece of skill as his beautiful free kick crashed in off the underside of the crossbar to salvage a point for the Gunners (1-1) at home, after Kieron Dyer’s first-half opener for the Magpies.

Fancy a go? Tag your efforts with #GoalsRecreated and BT Sport‘s favourite goal from across the whole of this season as picked by our panel of judges, will win two tickets to this year’s UEFA Champions League Final in Cardiff.

BT Sport‘s favourite efforts each month will be promoted by BT Sport on their social channels and one effort will win a spot prize.

Go to btsport.com/GoalsRecreated for more information and the T&C’s.