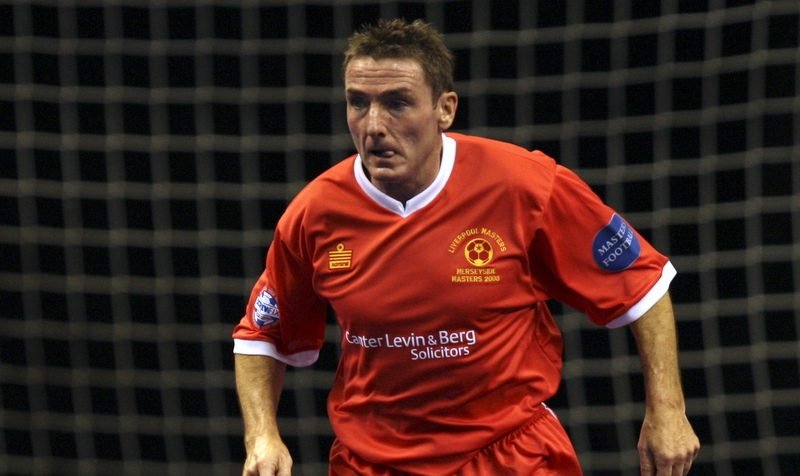 Those who think that the competitive edge of footballers vanishes after retirement are wildly mistaken.

In fact, it could be argued that the ability to come up against old foes after years of playing against one-another renews the intensity of past rivalries.

This is one of the major appeals that has convinced many star names to delay hanging up their boots and instead take part in Football Masters events all over the world.

One of those who has relished the opportunity to prolong his career is John Durnin, who spent three years at Liverpool at the beginning of his illustrious career.

The 51-year old has no qualms about emphasising his passion for the six-a-side format, his charismatic anecdotes about his time in the competition suggesting that he has loved every minute of keeping his football adventure alive.

Speaking to James Messenger, he said, “If I could try and intimidate someone on the pitch and get away with it, I’d do it because I was a winner, I didn’t like losing.

“There are a few players who you might dislike and you think to yourself, “this might be the last chance I have to do him”, and that’s in every footballer.

“You don’t hold a grudge after though, as soon as it’s over, you shake hands, have a pint and get on with it!”

Masters football, a six-a-side version of football played in front of packed crowds across the United Kingdom, has seen its fair share of standout talents across the years.

Durnin, who made a name for himself playing for Portsmouth and Oxford United, has won the Golden Boot award on three occasions, and joins a select list of past winners, including Ally McCoist in 2000 and Owen Coyle (Pictured below – Far left) in 2007. 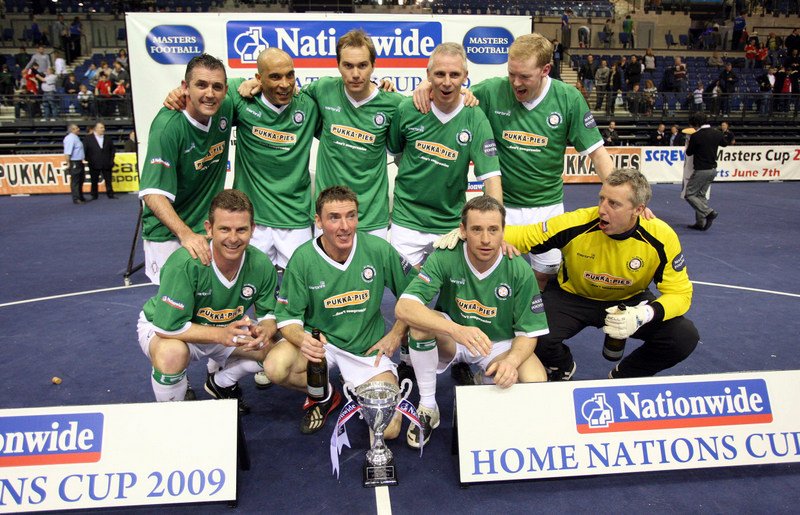 However, the Bootle-born player is under no illusions as to who he thinks is the best player to have graced Masters Football.

“Peter Beardsley. In Masters, you tend to play in all kinds of positions, but he still had it.

“Peter was a brilliant player. I was lucky enough to play with him at Liverpool, but he could still leave you with a little shimmy!”, he exclaimed.

A major incentive which has encouraged ex-professionals to take part in Masters Football is the ability to play games across the globe.

Events are held in countries like Australia and the USA, as well as all across Asia. However, Durnin says that his best moment was a little bit closer to home.

“The very first one we went in, it might have been 2001, we went down to London.

“The Grand Final was really tough but it was good competition, there were really some good sides.

“I think the whole day was fantastic, we were all really good, and just to get a taste of it.

“We’ve been to Malaysia, we’ve been to Bangkok, to Macau, we’ve had them all over the world and we’ve won them.

“We’ve won three times in Dubai, so the Masters has been brilliant. There’s so many highs, but I think the first one is always the best.”

Many people have dismissed Masters Football, stating that it is not competitive enough, and doesn’t have the same level of technical skill needed in football at competitive level.

However, many ex-players, not least Durnin, see many similarities between the skills needed in top-level football and those needed in the Masters, with the former forward highlighting his time at Liverpool for helping to develop desired traits for the smaller-pitch format.

“If you look at Masters Football, it’s very much about passing, one and two-touch football. Because Liverpool were so good at it, that’s all we did.

“When people ask, ‘what was the success behind Liverpool?’, I say that all you did was pass, move, pass, move.

“It was in our nature to play and it just came as second nature. People didn’t realise that, because that’s how we trained back then, it was just football to us.

“There’s was no secret about it, let the football do the work. You can’t run in Masters Football, it’s all about creating space and scoring goals.” 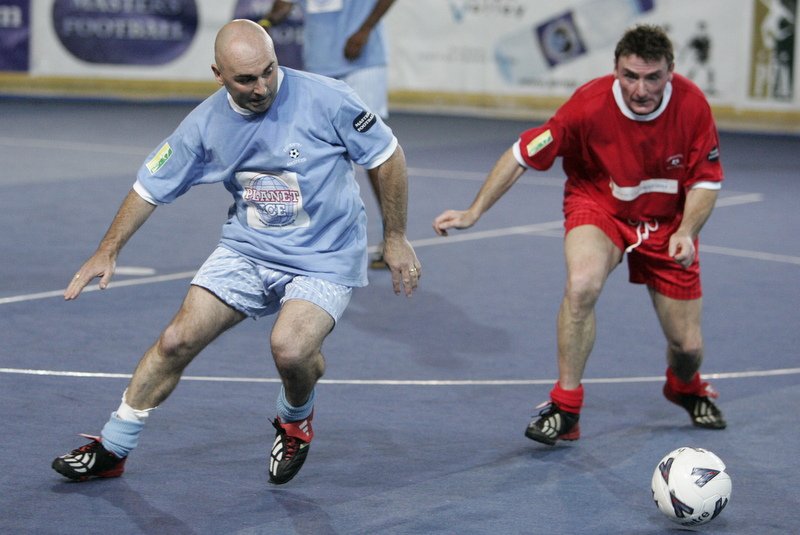 As well as seeing its fair share of fancy footwork and passing, there have been one or two bizarre moments encountered by Durnin during his Masters Football career, including a miraculous goal worthy of gracing the top flight!

“It would probably be Mark Wright scoring a header from the half-way line!

“The Goalkeeper went to scissor kick it, drill, and he sort of did that, but it went like a rocket and it kind of went straight back off his (Wright’s) head.

“It went that fast, but the ‘keeper was there and he could’ve caught it, but it was as if he hadn’t registered that it was coming back. That was certainly the most bizarre [moment].”

It’s fair to say that Masters Football has seen a good amount of entertaining action and outrageous instances over the years.

UK Masters Football was formerly broadcast on Sky Sports before being stopped in 2012 after a disagreement with the format owner over tournament scheduling.

However, Durnin hopes that the competition can resume after a five-year absence, something which he would love to be involved in, in some capacity.

“It’s a shame because people enjoyed it, it was good viewing and it helped people who had just finished their careers to prolong it and just play. We’d love to be able to kick start it again.”

He added, “The format is there, there’s a little bit of tinkering that needs to be done, but there’s no reason why they can’t bring it back.”