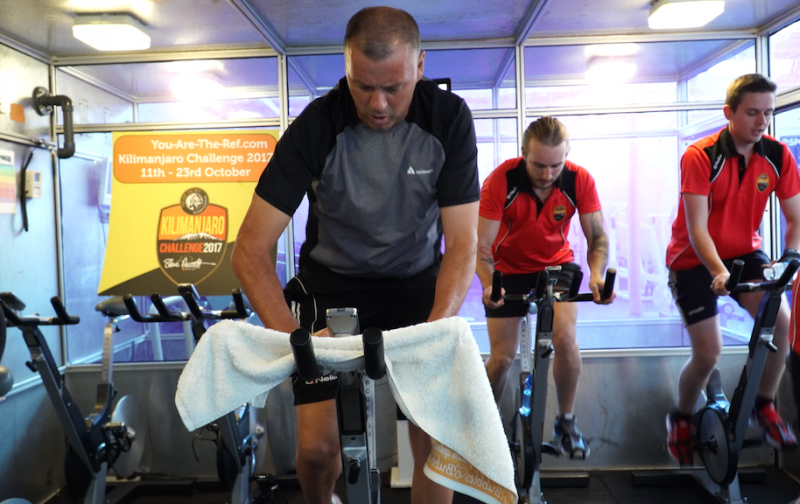 Former FIFA and Premier League official Mark Halsey has been in Chorley to undergo intensive altitude training as he attempts to secure a place in the Guinness Book of Records and raise thousands of pounds for local charities including the Christie Hospital in Manchester.

The renowned referee – who recently officiated the #Game4Grenfall at Queens Park Rangers’ Loftus Road in front of nearly 20,000 – is lined up for one of the biggest challenges of his sporting career outside of professional football, refereeing a game on the summit of Mount Kilimanjaro.

The epic challenge is being organised by the St Helens-based Steve Prescott Foundation (SFP), in partnership with you-are-the-ref.com – the world’s leading education authority for match officials.

Mount Kilimanjaro, which is located in Tanzania, is the highest free-standing mountain in the world. 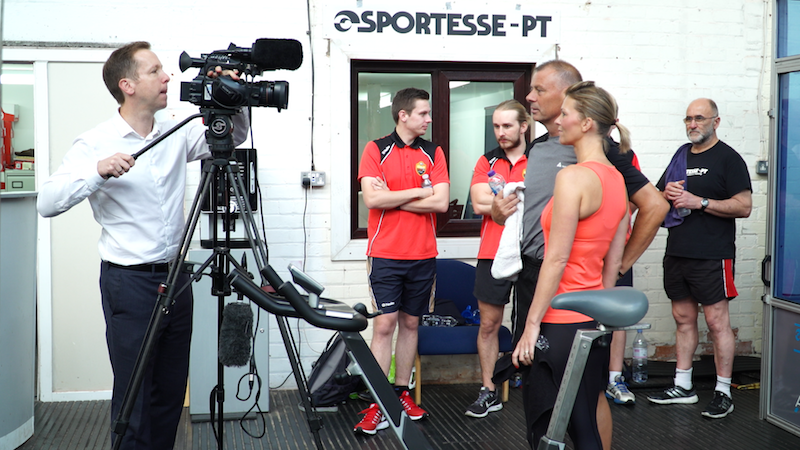 Mark Halsey and Linzi Prescott are interviewed about the mammoth trip whilst taking a break from training at Chorley’s specialist Sportesse Performance Training Centre.

At 19,341 feet tall, the event will be an attempt to secure a place in the Guinness Book of World Records by playing the highest game of football ever played.

Halsey, a senior coach at you-are-the-ref.com, will be assisted by three of the organisation’s Academy members as they aim to raise over £20,000 for the foundation, which will benefit the Christie Hospital in Manchester, the Rugby League Benevolent Fund and SPF Special Causes Fund.

Steve Prescott MBE, who played for England, St Helens and Hull FC during an illustrious RFL career, set up the Steve Prescott Foundation in 2007 after being diagnosed with a rare form of abdominal cancer. He raised almost £500,000 before his death in 2013, at just 39 years of age.

The foundation has continued his astonishing legacy and has already passed the £1 million mark in donations.

Mark Halsey said, “Though I’ve been tested to the limit by top flight Premier League games in the past, that’s nothing in comparison to this.

“But the team at you-are-the-ref.com are up for a challenge and we’re honoured to be teaming up with the Steve Prescott Foundation to make the world record attempt and raise thousands for charity in the process.

“The foundation holds a special place for my family following my own battle with cancer and my wife Michelle’s current fight with leukaemia.”

“We are elated to be taking a team up Kilimanjaro for what is a really ambitious challenge and who better to officiate the game than You Are The Ref?,” said Linzi Prescott, wife of Steve.

“I am looking forward to joining up with Mark and the rest of the team. Stephen loved his football and there is no better way to continue his legacy.”