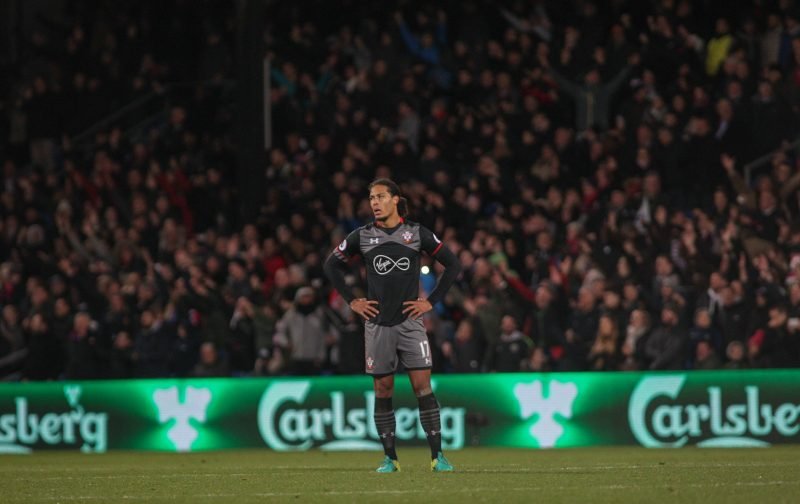 Liverpool’s relationship with Southampton could help them swoop in an sign Saints defender Virgil van Dijk according to reports in the Liverpool Echo.

Van Dijk has become one of the most talked about defenders in the Premier League with a series of impressive displays since his move from Celtic in 2015.

The Dutch international is a doubt for the remainder of the season after picking up and injury against Leicester, a huge blow for Southampton who recently signed free agent Martin Caceres to help replace him and the departed Jose Fonte.

Former Saints player David Prutton believes the amount of deals Liverpool and Southampton have done together over the past few years may be a factor should Jurgen Klopp try to take Van Dijk to Anfield this summer.

“If you’re one of Manchester United, Manchester City, Tottenham, Arsenal, Chelsea and Liverpool you’d be foolish not to look at him.

“Liverpool obviously have a good dialogue and a business relationship with Southampton, although I wouldn’t say that puts them at the front of the queue.

“You’d think from a business point of view, it probably gives them [Liverpool] a head start when it comes to building a rapport and business relationship.

“But the most important word there is business. Liverpool would want to get him for the right price – and Southampton will want as much as they can get.”

The past few seasons have seen the likes of Rickie Lambert, Dejan Lovren, Adam Lallana, Nathaniel Clyne and Sadio Mane make the move from St Mary’s to Anfield.

Prutton played for the Saints for five years during the noughties and knows what it’s like to miss out on playing in a final, as the Dutchman did this weekend, after missing the 2003 FA Cup final due to being cup-tied, time will tell whether his comments on Van Dijk’s future are accurate.