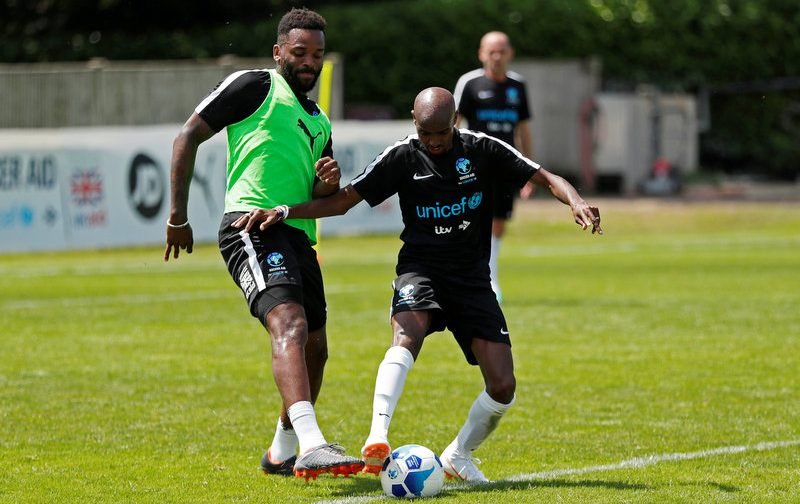 Darren Bent was delighted to received the call to play in this year’s Soccer Aid match for Unicef, as it also meant he could team up and play against a pair of Arsenal legends.

The 34-year-old striker, who was released by Championship club Derby County only last month following the end of the 2017-18 season, is a boyhood Gunners fan and he has relished training with former goalkeeper David Seaman (England) and socialising with midfield great Robert Pirès (World XI) ahead of tonight’s game at Old Trafford (kick-off at 20:00pm).

England’s Bent exclusively told SHOOT, “For me to be here now, with David Seaman here and that, it is like whoa!

“I played with Robert Pirès at Aston Villa. When I first got to Villa, I was sat next to him, I was starstruck. It is Robert Pirès!

“Robert has been a fantastic player, he would go down in my all-time Arsenal team, and Dave Seaman obviously!

“[Pirès] is going to be one of the biggest threats for the World XI.”

Bent, who played 13 times for England, is a free agent this summer, following his release by Derby.

The striker spent the second-half of the last campaign on loan at Burton Albion, where he scored two goals in 15 appearances.

Though his future is unknown ahead of the 2018-19 season, Bent admitted he could not turn down the chance to participate in Soccer Aid.

“It is so important. It is such a good cause for the kids, and it is something you could never say no to,” he added.

“It was something I had to get involved with really. I am delighted I got the call.”

“Yeah it is fantastic, you never know how much you are going to miss the Premier League until you no longer play in it,” he continued.

“I know I have been out of the Premier League for a couple of years now, but I am itching to get back in because it is the best, and it is only getting bigger. Every year it is getting bigger and bigger.

“To go and play at The Theatre of Dreams (Old Trafford) is fantastic. 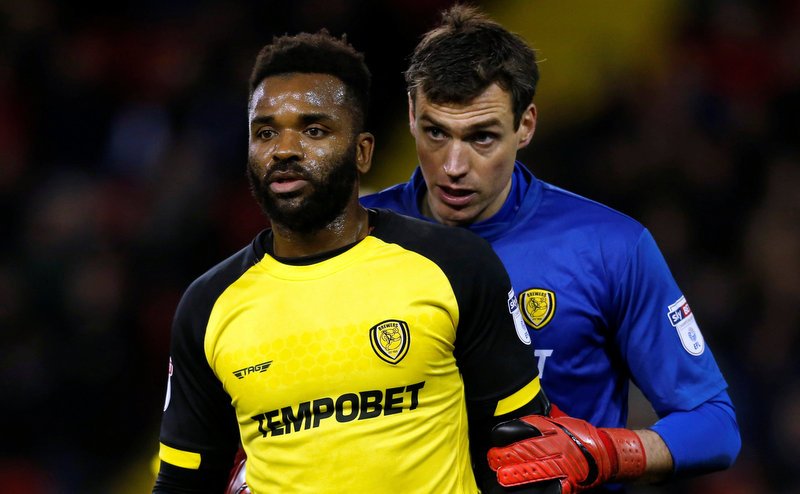 Darren Bent ended the 2017-18 season on loan at Burton Albion.

“I don’t think I have picked up many points there, but I have scored a few times there, which is a bit special.