EXCLUSIVE: Jack Butland, ‘I admire Joe Hart, but I want to be England’s No.1!’ 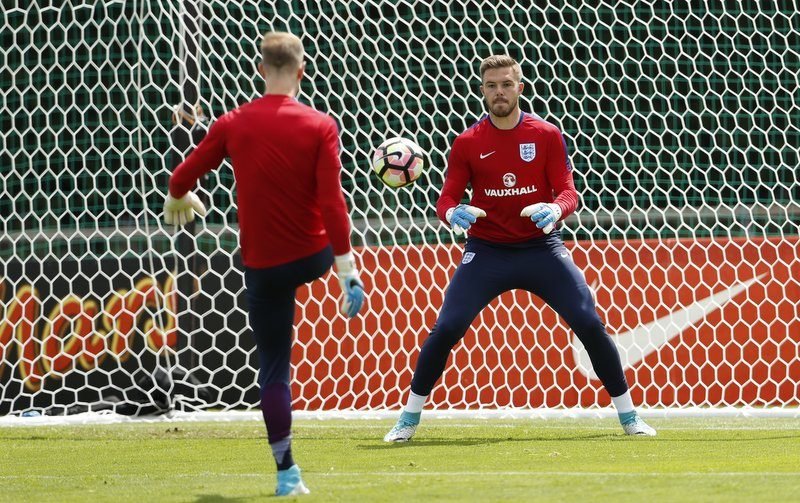 Jack Butland admits he looks up to rival Joe Hart, but is incredibly determined to displace him as England’s number one goalkeeper ahead of the 2018 FIFA World Cup.

The 24-year-old, who spoke exclusively to Shoot! for the 2018 Annual, has been restricted to just five appearances for the Three Lions since making his international debut against Italy back in 2012 due to Hart’s persistence between the sticks.

Butland, who has kept one clean sheet in seven Premier League outings for Stoke City so far this season, is included in Gareth Southgate’s latest squad as England look to secure their place at the World Cup finals in Russia next summer.

The Three Lions welcome Slovenia to Wembley Stadium tonight (19:45), before rounding off their qualification campaign in Lithuania on Sunday, with England needing just two points to guarantee top spot in Group F.

Having not represented his country since June’s international friendly against France, shot stopper Butland admits it has been very hard trying to dislodge West Ham United loanee Hart.

“He spent a year on loan at Birmingham City when I was 15-years-old.

“But we have always got on really well, he actually lives about 200 yards away from me!” 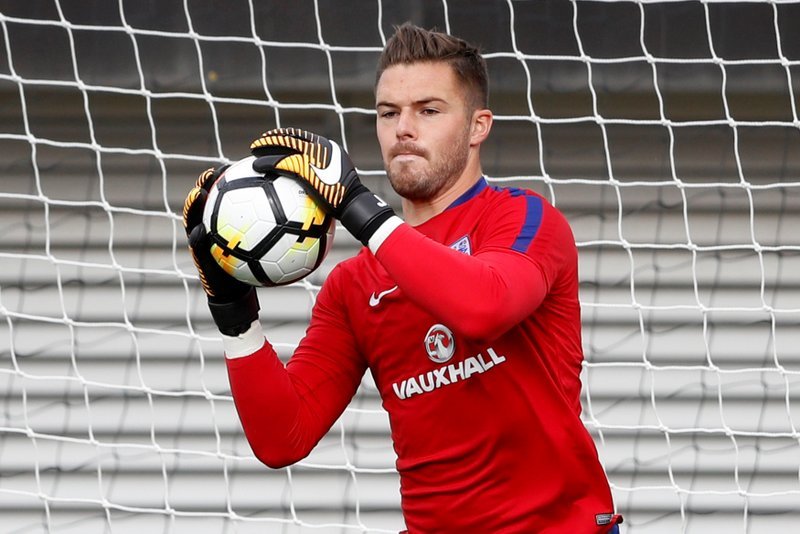 Butland added, “He is the one on the same path as me and he is the one I have ultimately got to displace.

“It has always been a good relationship with Joe, which is a credit to him. He has always supported me in chasing him and he has said it in interviews at times that he knows I am coming for him and that there will be a point where we will be neck and neck, and I may get it.

“To hear that from somebody that you are actually looking up to and trying to displace is quite incredible and it shows the kind of person he is.

“He is always pushing me, whether it is wishing me luck on my England debut when he was missing out, or making me feel better after losing the European Championships with the Under-21s.

“He has been a role model and been someone that I can actually turn to when football isn’t going my way, or when it is. I have got a lot of respect for him, it makes the competition healthy.

“There is no bad blood. There is rivalry, but I do not dislike him.

“We are close and the harder I try, the harder he tries, as a result of that, I feel it has made me better and I would like to think it has made him better as well just from having that competition.”