EXCLUSIVE: Lincoln City’s Lee Beevers, ‘This is the perfect time to face Arsenal’ 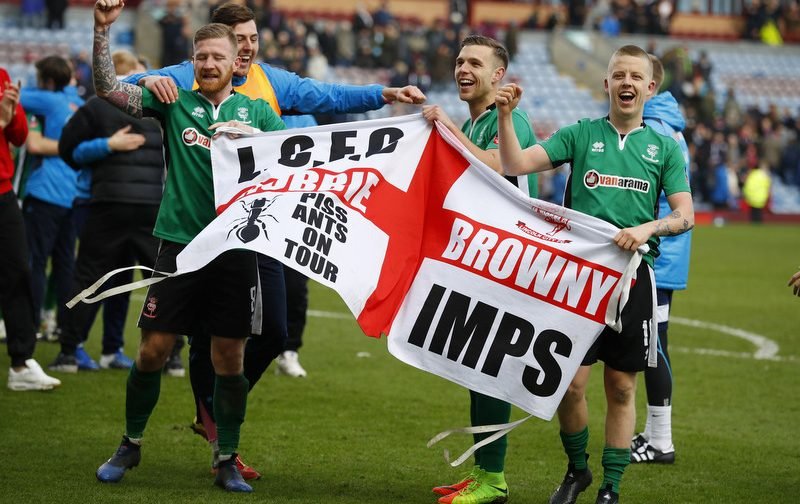 The ‘Magic of the FA Cup’ is truly alive and kicking, all the way up to this season’s quarter-final stage, following non-league Lincoln City’s phenomenal run to the last-eight.

The Imps, who currently sit six points clear at the top of the National League standings, hoping to regain their Football League status for the first time since 2011, have already knocked out the likes of Oldham Athletic, Ipswich Town, Brighton and Hove Albion and Premier League outfit Burnley on their incredible march to the quarter-finals.

Next up for Danny Cowley’s side, a trip to top-flight giants Arsenal – who have lifted the trophy a joint-record 12 times.

Lincoln are the first non-league side to reach the FA Cup quarter-final since Queens Park Rangers back in 1914.

So; ahead of The Imps’ historic tie at the Emirates Stadium on Saturday (17:30pm), Shoot! spoke exclusively to defender Lee Beevers, who is a part of BT Sport‘s team for this weekend’s Emirates FA Cup quarter-final, after rupturing his patella tendon back in October.

Unfortunately you are injured for Saturday’s showdown at the Emirates, but instead, you’ll be taking to our TV screens once again, correct?

“Yeah, I will be down there to do some punditry before the game, so it will be nice for me to be involved with the team in some way, obviously doing the TV side of it. It should be a good time.

“I did the last game against Burnley, which I really enjoyed. I just contacted BT [Sport] and said I enjoyed it and thanks for the opportunity, and luckily enough they have asked me to do it again, which will hopefully be another good day.” 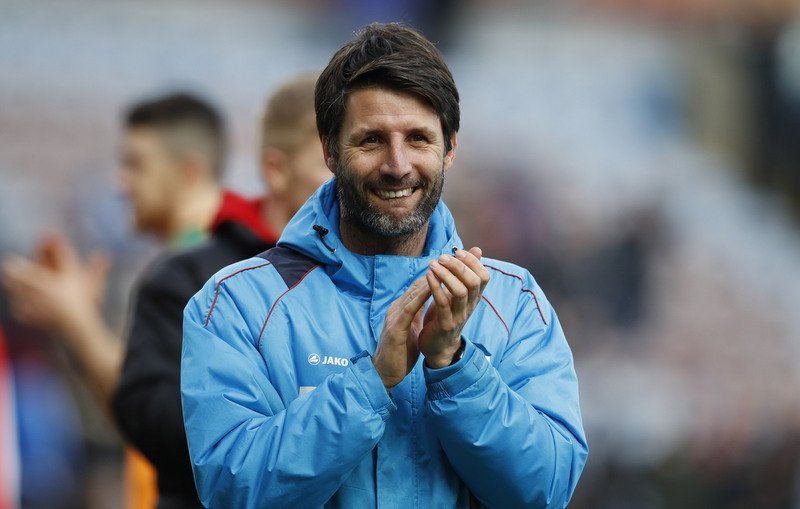 How nervous were you turning your hand to punditry?

“It was surreal really. It was the first time I had ever done anything like that and it is different to when you’re playing football on TV. You sort of forget the cameras are there, it is just like any other game really.

“But it is definitely different when you have got a microphone in your hand!”

From the Sincil Bank to the Emirates Stadium, renowned as one of the world’s most luxurious football stadiums. How much are you and your team-mates looking forward to the trip?

“It will be unbelievable for the lads to be surrounded by some of the world’s best players, and in one of the world’s most renowned and greatest stadiums. When you put all of that together, I am sure the boys will be going there and fully enjoying it.

“Who knows, if you can work hard, which they are doing by prepping for the game, some of the younger lads might end up at a big club.

“I have been speaking to a few friends who have played there [the Emirates] before, they are expecting a large dressing room. We are usually fighting for a little bit of space to get changed! So it will be a different experience, but I am sure the boys will be able to cope with it.”

Having already knocked out the likes of Oldham, Ipswich, Brighton and Burnley in the FA Cup, who should Gunners boss Arsene Wenger be keeping a keen eye on and picking out as the danger men ahead of Saturday’s tie?

“Nathan [Arnold] has done brilliantly for us, he joined at the start of the season, and he has done really well.

“Along with Alex Woodyard, who came from Braintree [Town] with the managers, he has been fantastic for us this season in the engine room.

“Then they also won’t have probably come up against someone like Matt Rhead, who is the big lower league striker who can put his body about it. It will be an interesting battle to watch.” 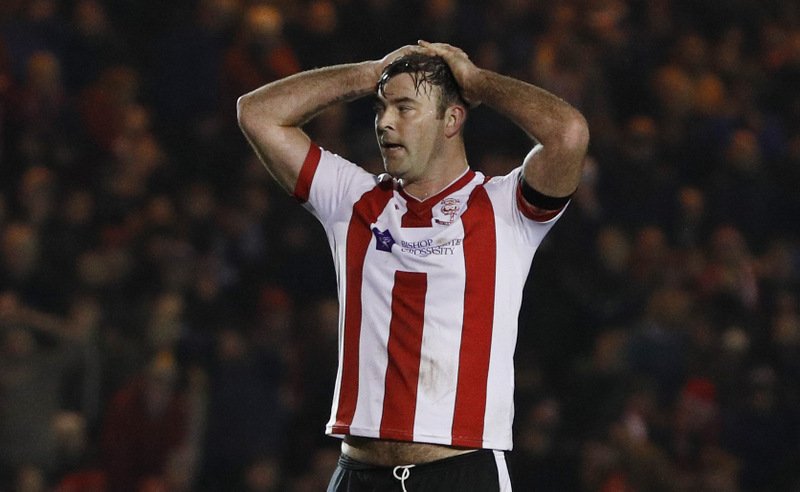 Despite the Emirates being a far cry from the norm Lincoln are used to in the National League this term, what can we expect from your team-mates on the day?

“First of all, we are a hard working team, we will do our homework on Arsenal, which we do on every team we come up against. We will keep working on how we think we can get the best out of our players and hopefully capitalise on them, if they make mistakes or [if there is] any vulnerability that we can punish.

“It is not just Arsenal we have done that on, it is every team we have come up against and it will be no different this weekend. No doubt the managers and players have been working hard for the past three or four days.”

Arsenal have lost five of their last seven games in all competition. Putting aside the huge contrast in wealth, history, stature and ability between the two clubs, surely you must fancy your chances of claiming another Premier League scalp tomorrow?

“Yeah, we are going into the game fancying our chances, like we did against Burnley, Brighton and Ipswich in the previous rounds.

“You would probably say if there was anytime to play them, it would be now.

“But they will be looking for a response, they will be going out to prove that they are the better team. They are in the Premier League and challenging for trophies, so they will be wanting to prove a point against us.”

As well as a poor run of form, boss Wenger is under heavy criticism, with many fans wanting the Frenchman to walk away at the end of the season after almost 21 years at the club. Should he stay, or should he go?

“It is a tough one. When he first went to the club, they were obviously going through a little bit of a bad stage, where they weren’t really competing for any trophies and he turned that around and got them playing some really good football and got them back challenging for the big trophies.

“He has won some great trophies there, and obviously when they went through the whole season unbeaten, that was fantastic. But like all good managers, they do start coming to an end. Just look at Manchester United with Sir Alex Ferguson, it got to a point where he knew that he got the club where it was and he had to step down.

“The fans normally speak volumes and with what is happening at the football club at the moment, the fans are not happy with him and are looking for him to step down.” 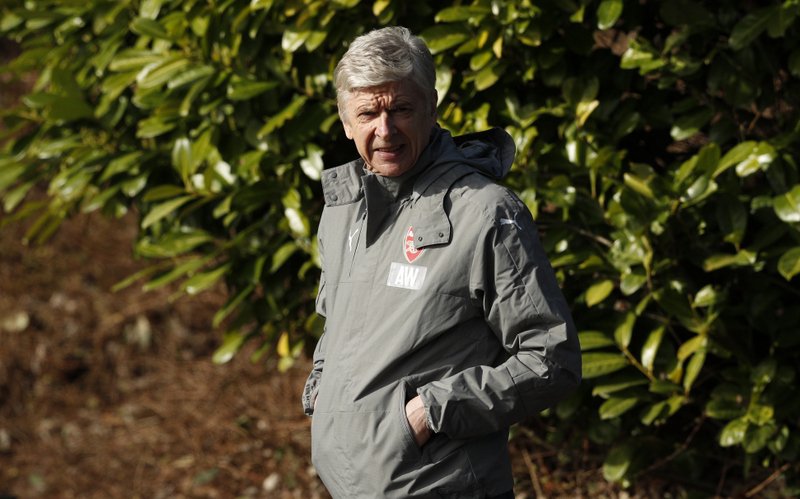 “Yeah, I was watching the game and in the first-half they did well, [they] just needed that second goal. It gave them fresh hope that they could come all the way back, like Barcelona did the following night, but it wasn’t to be and I think the red card was a crucial turning point in the game. From that point, it was always an uphill battle.

“If things like that happen on Saturday, hopefully we can try and emulate them [Bayern Munich] and it would be fantastic for us.

“But it will be a totally different game on Saturday, they will be well up for it and obviously it goes back to a clean slate, no aggregate score, so it will be an interesting game.”

Despite being sidelined, you will be in and around the squad on the day. What advice will you be giving your team-mates prior to kick-off?

“My advice is to simply go out there and enjoy yourselves. It could possibly be a once in a lifetime opportunity where you get to play at a big stadium and against some world-class players.

“So just go out there, don’t be fazed by anything and go out and play your normal game.”