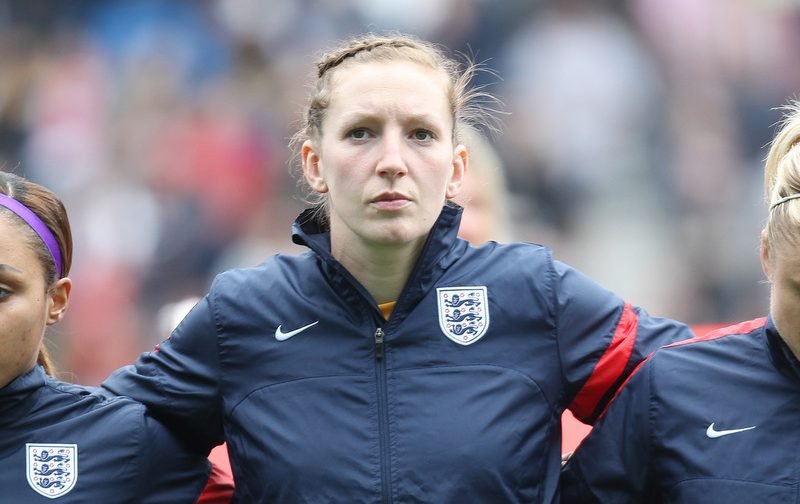 It was 120 minutes of hard work for Liverpool Ladies against local rivals Everton in the fifth round of the Women’s FA Cup on Sunday, but they’re already focused on their next match.

Captain Gemma Bonner and goalkeeper Siobhan Chamberlain (Pictured above) were present at the draw for the sixth round, conducted by two local schoolgirls, and saw themselves drawn at home against Notts County.

“We were hoping to be drawn at home,” Chamberlain admitted exclusively to SHOOT!.

“We spoke to the girls beforehand and we said we wanted a home match, obviously they had no control over that, but we did get it!”

“But there are no easy games now.”

“That epitomises the character of our team,” she said.

“We came away with the result we needed, and Everton were up for it just as much as we were.”

“Now we know we can perform for 120 minutes, 90 minutes seems a bit easier,” added Chamberlain, pointing out that this was The Reds’ first competitive fixture of the year.

They’re expecting a tough challenge from Notts County in the next round.

“They always seem to be entertaining games [against Notts County], so that’ll be good for the neutral,” said Bonner, before laughing, “But obviously we’d prefer a 1-0 win!”

And they’re not thinking about the prospect of playing at Wembley, where the final will be held in May.

“We’re making sure we don’t get too far ahead of ourselves,” said Chamberlain.

Draw for the sixth round of the SSE Women’s FA Cup:

Ties to be played on Sunday, March 26.