Expert: These three are they key to Southampton beating Manchester United 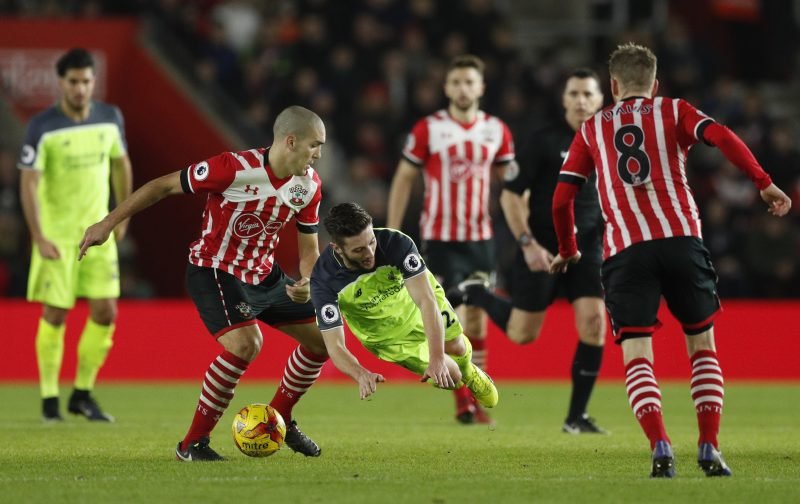 Southampton travel to Wembley on Sunday to contest only their second League Cup final in the club’s history, looking to win the title for the first time, when they take on Manchester United.

Jose Mourinho’s side come into the game as strong favourites, having hit their best form of the season, after a shaky start.

The Red Devils beat Southampton at Old Trafford very early in the campaign, but one man thinks that a key Saints trio could help them win their first major trophy since 1976 on Sunday.

Paul Belverstone, who regularly covers Claude Puel’s side for Premier League Productions, spoke to the club’s official site and said of the key players this weekend:

“Everyone’s got a part to play. You’ve got a European champion in Cédric, who can add things off the pitch as well as on it, because no one in that squad has played on a bigger stage than he has now, certainly recently.

“Gabbiadini, Romeu, Jack Stephens – those three down the spine – if they can all perform then they will be a long way towards lifting a trophy.”

Spanish midfielder Oriol Romeu has been one of the standout performers all season, whilst both Maya Yoshida and Jack Stephens have had first team football thrust upon them with the departure of Jose Fonte, who joined West Ham in January, and the injury to captain Virgil van Dijk.

You can keep up to date with all the action from Wembley on Sunday with the Shoot! Live Blog directly from under the arch.