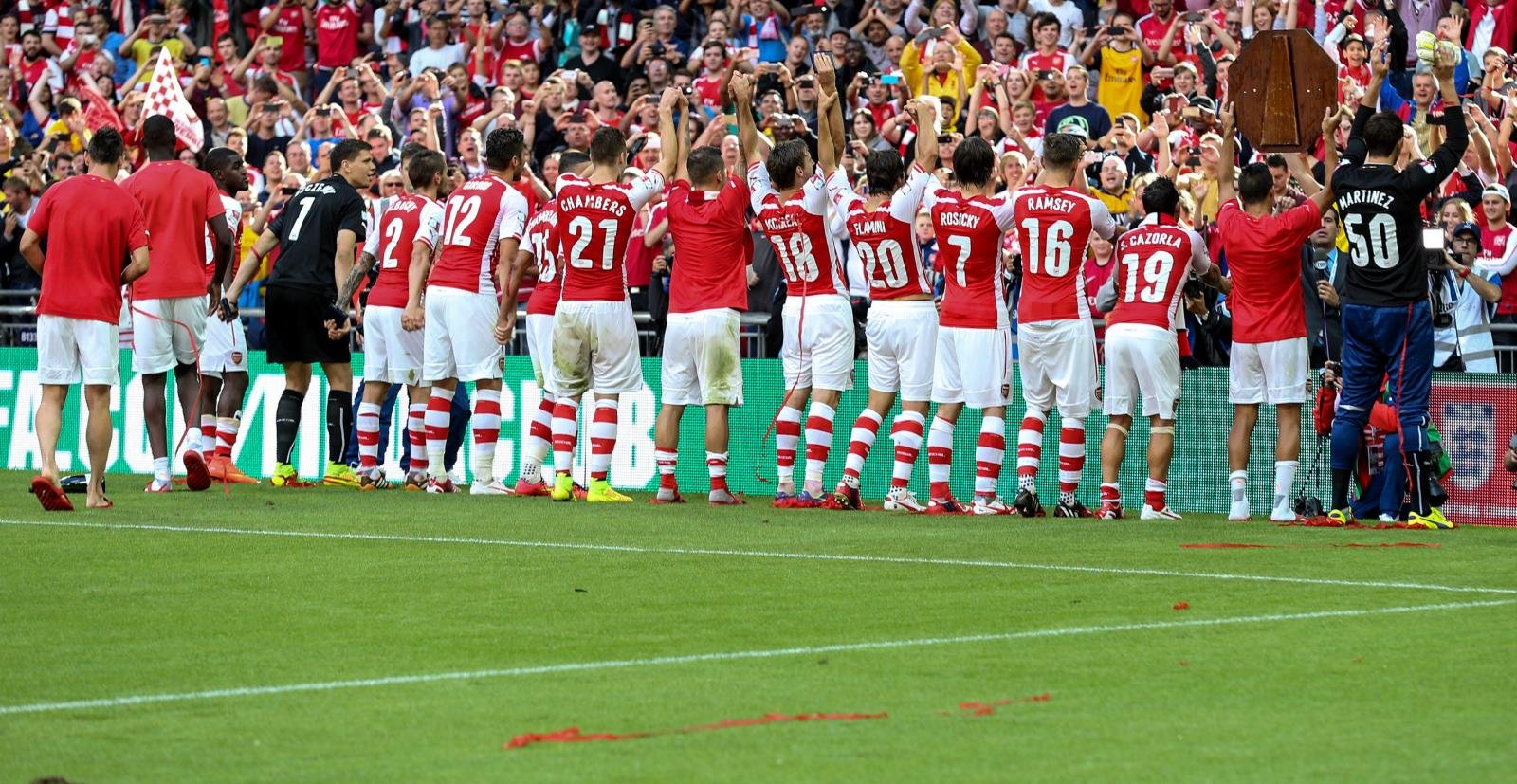 After 64 days without the beautiful game, the English football season is back once again this Sunday when Arsenal and Chelsea meet at Wembley Stadium to contest the 93rd FA Community Shield.

Holders Arsenal, who defeated Manchester City 3-0 last August, return to the 90,000-capacity national stadium after winning the FA Cup for a second year in a row last season, meanwhile Chelsea make their first appearance in the Community Shield since 2012 after lifting the Premier League title back in May.

Sunday’s bout sees two Premier League giants go head-to-head to kick-off the new domestic season, with both tipped to be title contenders in this year’s title race. Despite both managers; Arsene Wenger and Jose Mourinho, holding back during this summer’s transfer window, all eyes will be on Arsenal goalkeeper Petr Cech following the goalkeeper’s switch to the Emirates from Stamford Bridge back in June.

After lifting their fourth Premier League title back in May, Mourinho’s men are favourites to add the Community Shield to their list of major honours, a feat that the Blues have won four times since 1955.

Meanwhile, Wenger, who has won the Community Shield five times as Arsenal boss since taking charge of the club back in September 1996, is hoping to beat a side managed by Mourinho for the very first time. The Frenchman is yet to taste victory against the Portuguese ‘Special One’ in 13 attempts.

However, the Gunners have been in fine form during pre-season, defeating Everton in Singapore to lift the Barclays Asia Trophy before seeing off Lyon and Bundesliga outfit Wolfsburg to win the Emirates Cup last month in front of their home crowd.

But it is Chelsea who prevailed triumphant in the only previous meeting between these two sides in an FA Community Shield final, with Didier Drogba scoring twice during the Blues’ 2-1 victory at Cardiff’s Millenium Stadium back in 2005.

So buckle in as Sunday’s clash promises to wet your footballing taste buds ahead of the new Premier League campaign when Arsenal and Chelsea launch the start of a captivating 302-day English football season.

With Alex Sanchez still on an extended break, the Gunners will depend upon the French international as their main source of goalscoring threat. Giroud, who arrived at the Emirates from Ligue 1 side Montpellier back in 2012, scored an impressive 19 goals in 36 appearances in all competitions last season for Arsene Wenger’s men. The striker even chipped in with an injury-time goal during the club’s last competitive outing in the 4-0 FA Cup final win over Aston Villa back in May – so Giroud is no stranger to starring on centre stage.

With fellow Chelsea strikers Radamel Falcao and Loic Remy pushing for a start at Wembley on Sunday, star striker Diego Costa may have to settle for a place on the bench. The 26-year-old, who arrived from Atletico Madrid for £32m last summer, scored a remarkable 20 goals in only 26 Premier League appearances during his injury-hit debut season at Stamford Bridge. However the Spanish international has featured for Chelsea during their glamorous pre-season ties against the New York Red Bulls, Paris Saint-Germain and Barcelona – so Costa should never be ruled out or doubted.

New signing Petr Cech is poised to make his competitive bow for the Gunners since sealing his move from opponents Chelsea earlier this summer; however Alexis Sanchez will not feature after being granted an extended break following Chile’s Copa America success last month.

Fellow new arrival Asmir Begovic, who joined the Blues from Stoke City for a reported £8m, is expected to be named on the bench behind Belgian goalkeeper Thibaut Courtois.