Mauricio Pochettino’s men eased past Championship play-off contenders Fulham 3-0 in the fifth round to book their place in the last eight, and they’ll be hot favourites to reach the semi-finals for the first time since 2012.

And one man Spurs will look to in a bid to reach the last four is top-scorer Harry Kane, whose 19 Premier League goals this term has helped power the North London side to second in the table, and himself to the top of the goal-scoring charts.

However, it’s not going to be easy against Neil Harris’ Millwall, who have beaten three top-flight sides en route to the last eight.

The Lions have overcome Bournemouth, Watford, and Premier League champions Leicester City in the competition so far, so they won’t fear a trip to White Hart Lane on Sunday, especially as they haven’t lost a domestic match since December 17.

One man they’ll hope will inspire a huge upset in North London on Sunday is striker Steve Morison, who has already netted twice for the Lions in their run to the quarter-finals, as well as ten others in League One this term.

So, with these two strikers set to go head-to-head on Sunday, here is how Kane and Morison match up in their respective leagues this season… 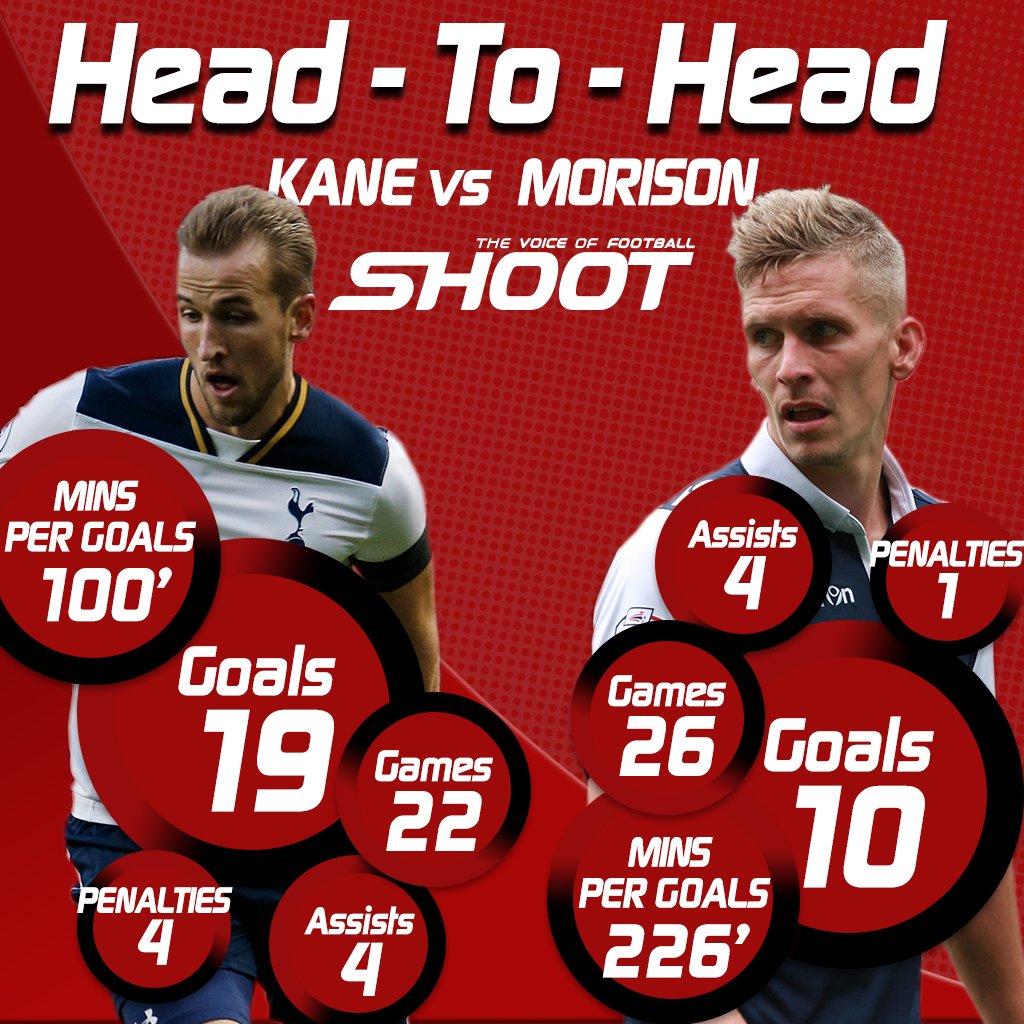