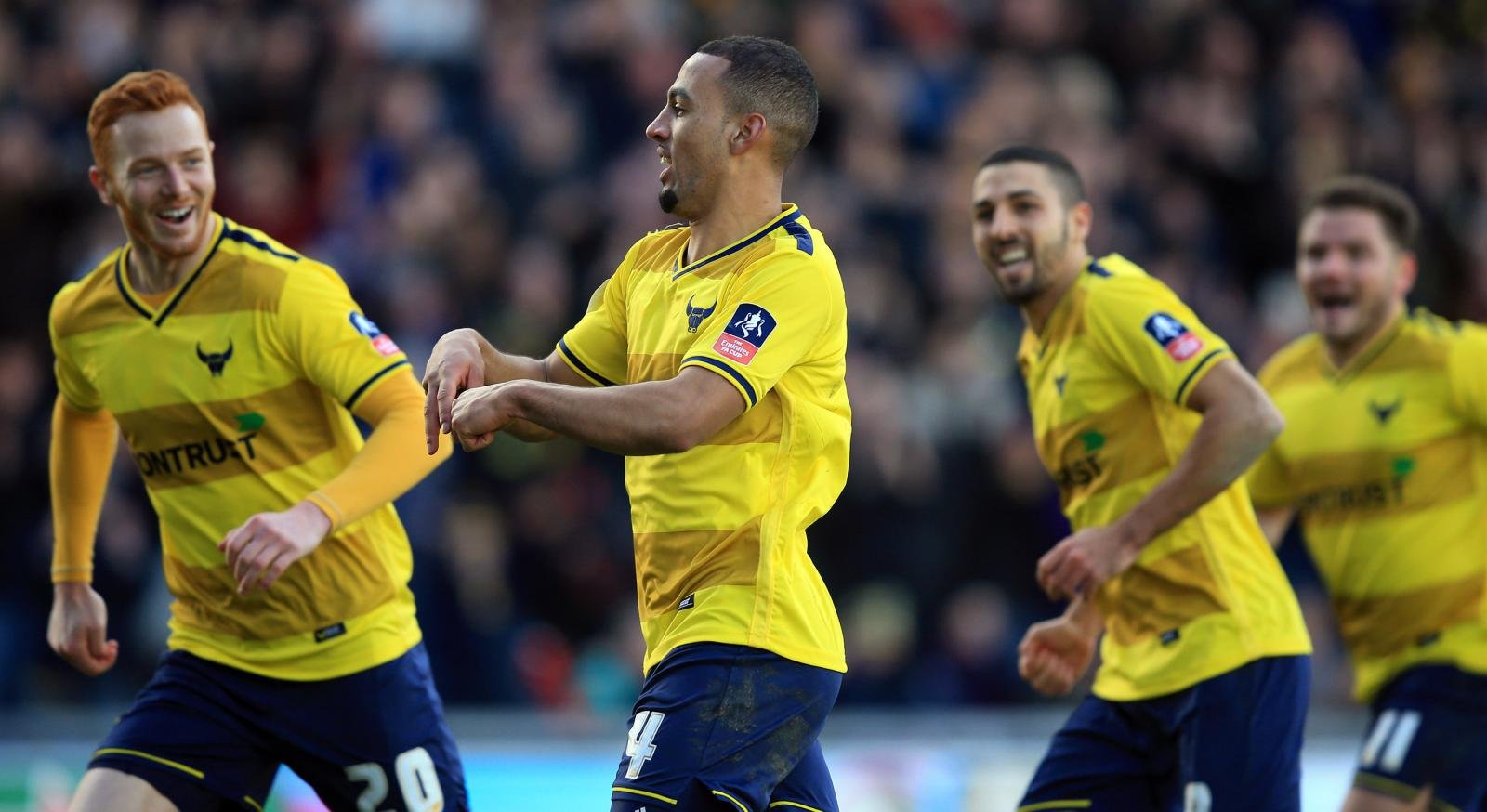 Oxford United pulled of the shock of the FA Cup third round with a 3-2 win over Swansea City at the Kassam Stadium.

Jefferson Montero put the Premier League visitors ahead with a well taken finish, but a Liam Sercombe penalty and Kemar Roofe brace put the League Two high-flyers in control.

Bafetimbi Gomis pulled one back fro Alan Curtis’ side but it wasn’t enough to stop the U’s progressing to the fourth round for the first time since 1999.

The Swans were the only top-flight side to be knocked out by lower league opposition, but Liverpool, Aston Villa and West Brom were lucky to escape with a replay.

Liverpool were nearly punished for fielding a very inexperienced side as they drew 2-2 at League Two Exeter City; Brad Smith saving Jurgen Klopp’s blushes with the equaliser 17 minutes from time.

Bottom-club and 2015 finalists Aston Villa were also fortunate to escape with a replay against League Two opponents as they were held 1-1 at Wycombe Wanderers. Micah Richards had put the Villans ahead but they were pegged back through a Joe Jacobson spot kick.

At the Hawthorns, James Morrison grabbed a 95th minute equaliser for West Brom against Championship strugglers Bristol City to rescue a 2-2 draw for the Baggies.

Elsewhere, Bolton, who are bottom of the Championship and in a dire financial situation off the field, scored late to secure a 1-1 draw at National League side Eastleigh.

The Hampshire, who side were the only non-league outfit left in the draw, took the lead on an awful pitch, but had to settle for a replay when Darren Pratley equalised with three minutes remaining.

Fellow Championship sides, Cardiff City, Charlton Athletic and Preston North End weren’t so fortunate, as they were knocked out by lower league Shrewsbury, Colchester and Peterborough, while MK Dons scored late at Northampton to seal a 2-2 draw.

Back to the Premier League and holders Arsenal beat Sunderland 3-1, Watford defeated Newcastle 1-0, Crystal Palace won 2-1 at Southampton, Norwich were beaten 3-0 at home by Manchester City and Harry Kane scored a late penalty to earn Tottenham a replay against Leicester in the five all top-flight ties.

Despite some scares, the remaining five of six Premier League sides progressed to the four round, including Manchester United, who needed a 93rd minute Wayne Rooney penalty to beat Sheffield United at Old Trafford.

At Griffin Park, Walsall got one over their old manager Dean Smith with a 1-0 win at Brentford.

Smith left the Saddlers for the Bees at the end of November but Sam Mantom’s goal saw the League One high-flyers defeat the Championship side.

Despite being given a scare, Derby County didn’t follow Brentford by getting beat by lower league opposition as they came from behind to beat Hartlepool 2-1; Darren Bent netting the winner five minutes from time.

Brighton, Rotherham, Middlesbrough, QPR and Fulham were five other second tier sides to bow out at the third round after they were beaten by fellow Championship sides Hull, Leeds, Burnley, Nottingham Forest and Sheffield Wednesday.

Elsewhere, Carlisle’s clash with Yeovil, Huddersfield’s tie with Reading, Bury’s match with Bradford and Ipswich’s game with Portsmouth all require replays after ending in draws.

Shoot’s FA Cup Player, Manager and Goal of the Round…..