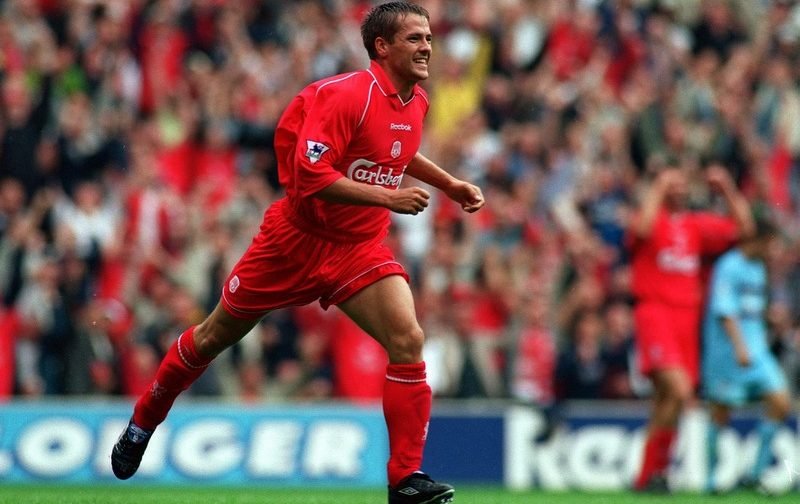 Here at Shoot! we are always keen to hear the best tales from fans across the globe, whether that be a memorable game, goal or a superb feat achevied in order to follow your team, we want to hear them! With Liverpool and Man United clashing for the first time this season on Monday, Shoot! blogger, Dan Youde, casts his mind back to his first ever North-West derby.

Early Premier League games between Liverpool and Man United were fairly tight, with United normally edging the ties. However, my first time experiencing the mammoth clash came at Anfield in November 2001. Eight days before my eighth birthday, I was treated to only my second sight of the Anfield pitch, and an even better performance on it from the Reds.

I remember the atmosphere being like nothing I’ve ever experienced before, and nothing I’ve ever experienced since. Walking to the ground I saw raw passion from both sets of fans. You could tell that this game meant an awful lot to both sides. It is normally referred to as the biggest game in English football, between the two most successful teams, and it was obvious why.

Riise made the day a memorable one for all Reds fans. – Credit: Offside / Mike King

Walking up the steps to see the pitch was special, but when the crowd filled and the songs began being belted out around the ground, goosebumps were instant. But the atmosphere was only the start of this magical occasion. Liverpool were gunning for their fourth successive victory, continuing a strong start to the season.

Michael Owen would be considered the hero on the day, netting twice with two cool finishes past a helpless Fabian Barthez. Beckham pulled one back for United, but the game belonged to John Arne Riise.

The Norwegian hit an unstoppable free-kick past the Frenchman into the back of the net, which is still the best strike I have ever seen live. The crowd went wild, the songs were chanted even louder and the Reds were on their way to three more points.

Seeing Liverpool beat Man United at Anfield is always something I will cherish as a football fan. There isn’t much better than getting one over on your arch rivals, but to witness it is something else.