Fans react as Arsenal battle back from the brink at Bournemouth 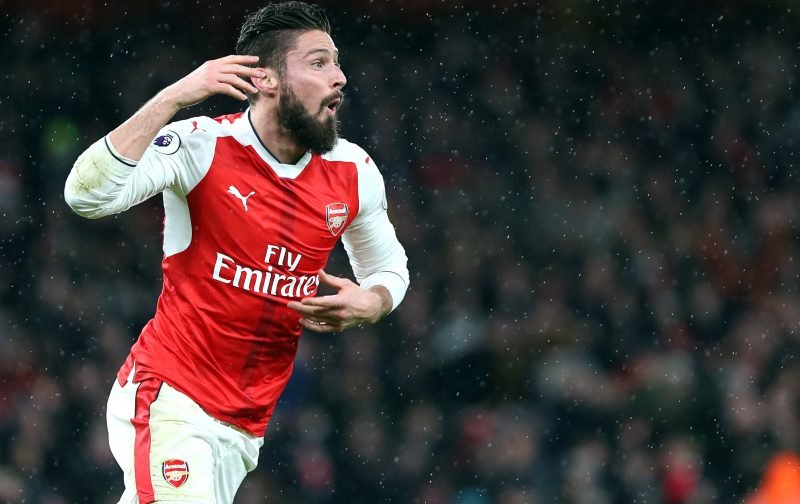 Arsenal came from 3-0 down to rescue a point from their trip to Bournemouth in a thrilling encounter at the Vitality Stadium on Tuesday.

Eddie Howe’s Cherries outplayed the Gunners for much of the first half, and deservedly took the lead after just 16 minutes when Charlie Daniels had acres of space down the left-hand-side, before calmly slotting under Petr Cech into the back of the net.

The hosts doubled their advantage four minutes later from the penalty spot when Granit Xhaka fouled Ryan Fraser, allowing Callum Wilson to score his sixth of the campaign, and they then went 3-0 up 13 minutes into the second half when Fraser outmuscled Hector Bellerin to fire past Cech.

However, Arsene Wenger’s side were not to be beaten, as Alexis Sanchez reduced their arrears 20 minutes from time, and then Lucas Perez’s stunning strike levelled proceedings five minutes later.

Simon Francis was then given a straight red by referee Michael Oliver for a dangerous tackle on Aaron Ramsey, and Olivier Giroud, fresh from his sensational goal against Crystal Palace on Sunday, headed home in the second minute of injury-time to clinch a point.

After what was a frantic encounter at the Vitality Stadium, many fans took to Twitter to express their views on the contest, with several Arsenal supporters delighted with their side’s comeback after a woeful first half display…

Arsenal are probably the only team capable of both Championship and Champions league levels of performance in one game.

Great comeback after a poor defensive performance. What a strike by Perez. Giroud the saviour again. #BOUARS #COYG

Anyway as an Arsenal fans, i was disappointed on the 1st half display, but the come back performance was something I'm looking for as a fans

Shocking first half performance from arsenal but what a comeback

Some were not as forgiving though, and blasted a poor performance from Wenger’s men…

Oh Arsenal…. Great comeback, but that dull performance for 50 mins was costly

Shocking performance and Arsen defo got this one wrong. #arsenal #AFCvBOU

Bellerin's performance last night was one that Jenko would be proud of. Awful

I want to like Xhaka but tonight really didn't help. Such a frustrating performance and always looks liable to dive in or boil over.

While several Bournemouth fans had mixed emotions after seeing their team outplay a top side, but ultimately fail to take all three points…

#AFCB first half performance was superb, it has to be said. Bittersweet final whistle. Thought we'd lose earlier in day.

Torn tonight. Great performance for 65 mins, big point against a team we shouldn't get a result against but poor subs and soft goals #afcb

Never a dull moment being a Bournemouth fan, lots of positives to take after that performance though. #afcb