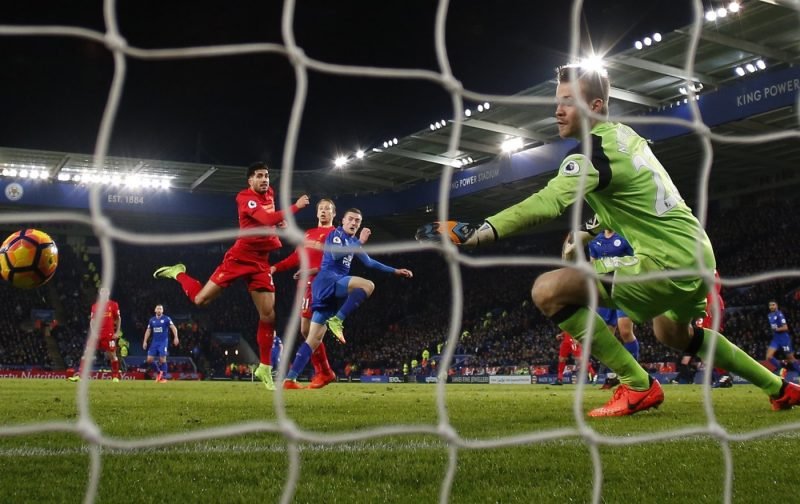 The Foxes wielded the axe on the Italian following their 2-1 defeat to Sevilla in the Champions League last week, and they produced a performance unrecognisable from the majority of the season, and one that harped back to last term’s remarkable title-winning campaign.

A brace from England international Jamie Vardy and an excellent strike from Danny Drinkwater secured Craig Shakespeare’s side a vital three points, and indeed condemned Jurgen Klopp’s Reds to a third league defeat in five games.

Vardy gave them the lead after 28 minutes when he latched onto Marc Albrighton’s through ball and slotted past the on-rushing Simon Mignolet, before Drinkwater’s stunning volley from 25 yards out doubled the hosts’ advantage six minutes before half time.

Liverpool’s task became even harder when Vardy headed home Christian Fuchs’ fantastic cross on the hour, and although Philippe Coutinho got one back eight minutes later, Klopp’s men couldn’t muster that second goal which would have made things very tense around the King Power Stadium.

Nonetheless, Leicester thoroughly deserved their first league win of 2017, and unsurprisingly many Foxes supporters took to social media to express their delight at their side’s display on Monday night…

Well that was a trip down memory lane. Finally a champions performance. Need to build on this. #lcfc

Great performance, need to take it into the weekend now and repeat it #lcfc

However, with everything that has gone on in the last few weeks, the wider footballing world were less than impressed with Leicester’s efforts…

#LCFC was doomed if the team won or lost last night; the team responded with a title-winning performance, but #LFC played into their hands.

Actually finding this embarrassing to watch. Ranieri definitely didn't deserve this, because no chance this is Shakespeare's genius. #LCFC

While many Liverpool fans were scathing at their team’s hopeless performance, noting that it’s not the first time in recent weeks that they have produced such a laboured display…

#LFC players were really poor tonight. Bad results I can accept but no excuse for another boring, lifeless and abject performance!

Unacceptable performance for Liverpool football club. Fed up with typing that sentence #LFC