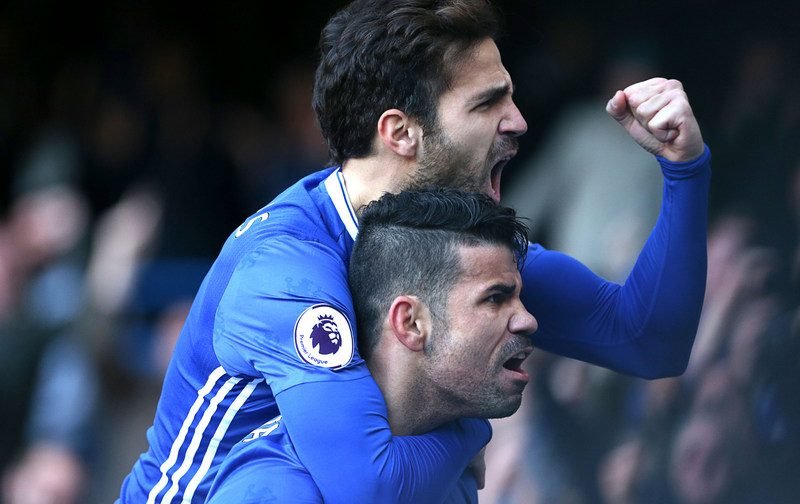 Chelsea made in ten successive Premier League wins after narrowly beating bottom side Sunderland 1-0 at the Stadium of Light.

Cesc Fabregas’ fine finish from the edge of the box five minutes before the break was enough to secure all three points for Antonio Conte’s side, who had Thibaut Courtois to thank for making a stunning save to deny Patrick van Aanholt.

Liverpool moved above Arsenal into second by beating Middlesbrough 3-0 at the Riverside Stadium, with England midfielder Adam Lallana inspiring Jurgen Klopp’s side to a tenth win of the campaign with a brace in the North West.

Pep Guardiola’s Manchester City remain in fourth after overcoming Watford 2-0 at the Etihad Stadium, while Mauricio Pochettino’s Tottenham kept the pressure on the top four after comfortably beating Hull 3-0 at White Hart Lane. 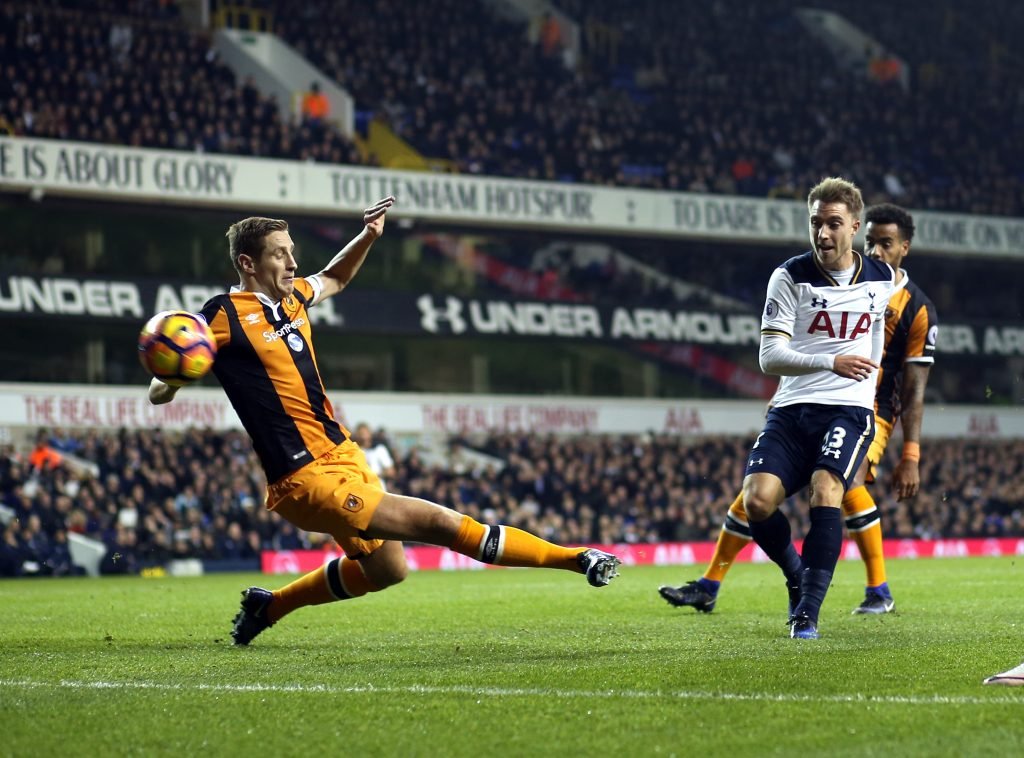 However, they themselves are under threat from Manchester United, who picked up a second consecutive league victory on Wednesday by winning 2-1 at Crystal Palace, with Zlatan Ibrahimovic netting late to secure the points for Jose Mourinho’s side.

Salomon Rondon’s hat-trick powered West Brom to a 3-1 success over struggling Swansea, while West Ham moved four points clear of the bottom three courtesy of a 1-0 win over Burnley, who have picked up just one point on the road this season.

In the evening’s other game, ten-man Stoke were held at home by Southampton – a result which moves the visitors up to ninth, while Mark Hughes’ Potters remain in 12th.

In what was an exciting evening of Premier League football, it was Chelsea’s win over Sunderland that got many talking on Twitter, with many Blues fans thrilled to get the victory at the Stadium of Light yesterday…

10 Out of 10! @ChelseaFC
Another great performance with another clean sheet we should scored more but the important we got 3 points #CFC

Incredible from @thibautcourtois recently contributed to wins at City and now Sunderland. #CFC

A good away win, got the job done well. Courtois single handedly saved us (no pun intended) and Fàbregas was terrific #cfc

Man United left it late to see off Palace, and many Red Devils supporters were full of praise for Paul Pogba’s display…

Paul Pogba is absolute class and he is still getting better! @paulpogba #mufc

Huge performance again from #pogba . So many great attributes and getting better all the time as he gets more comfortable #elite #mufc

That was the best performance I've seen yet from #Pogba. Dictated the whole game. Starting to look worth every penny #mufc

Solid performance tonight reds, let's get back on track. #LFC

What a thoroughly satisfying performance last night. Stability all over the field. More of it please! Up the Reds!!! #LFC

Adam Lallana was outstanding at the Riverside, and goalkeeper Simon Mignolet also received plaudits after a solid performance on his return to the first team…

Mignolet did great tonight, brilliant performance all round. Lallana looking special this season and a great way to bounce back #LFC

That was the perfect performance from the Reds last night in what could have been a tricky away game. Lallana exceptional once again #LFC

Mignolet did great tonight, brilliant performance all round. Lallana looking special this season and a great way to bounce back #LFC

And the big result at the bottom was West Ham’s 1-0 success over Burnley and, although Hammers fans weren’t best pleased with the performance, all that mattered to them were the three points…

It wasn't the best performance, but a win is win and the 3 points are in the bag! #WHUFC #COYI

Nervy stuff second half, but up to 15th! The points were more important than the performance. #whufc #WHUBUR #coyi

That was as poor as i have seen us ( inc v arsenal ) a top side would have given us a hiding !! 3 points yes but terrible performance #whufc