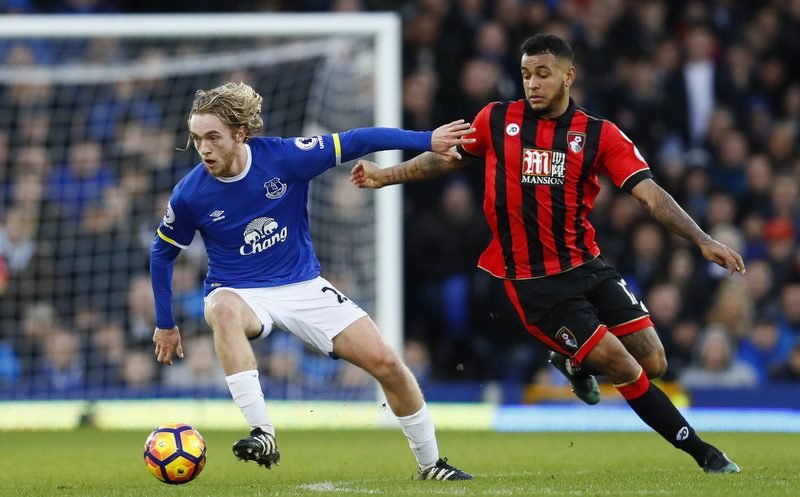 The striking duo join fellow forwards Alexis Sanchez and Zlatan Ibrahimovic in the running for the Player of the Year award, and they are also joined by the hugely influential Chelsea pair of Eden Hazard and N’Golo Kante.

The six of them will be hoping to follow in the footsteps of last year’s winner Riyad Mahrez, whose 17 goals and 11 assists helped the Foxes clinch a remarkable Premier League title.

As aforementioned, both Kane and Lukaku are also nominated for the Young Player of the Year award, where they will battle it out with Dele Alli, Michael Keane, Jordan Pickford, and Leroy Sane to land the award won by Spurs’ Alli last time round.

However, there was one name missing from the list of nominations for the Young Player of the Year award, namely that of Everton’s 18-year-old midfielder Tom Davies.

The England youth international has had an outstanding breakthrough campaign at Goodison Park, in which time he has made 18 Premier League appearances, netting twice and laying on three assists.

No Tom Davies in Young #POTY? He should have been ahead of Pickford.

@ChelseaActivity How is Tom Davies not on the list?

@SkySportsNewsHQ @PFA How is Tom Davies not in this list?

Personally, I'd rather see players like Tom Davies get some sort of recognition for an outstanding breakthrough season…. #PFA #YPOTY

@Legedenary Tom Davies for Everton worth a shout