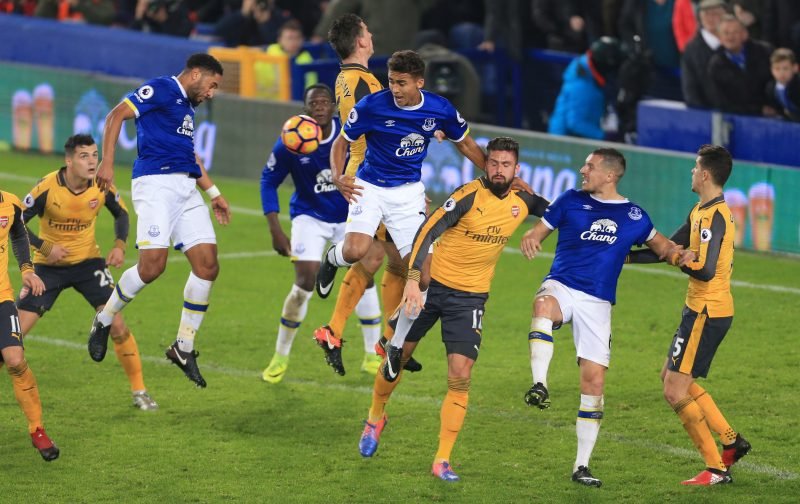 Everton came from behind to earn a vital 2-1 win over title contenders Arsenal at Goodison Park on Tuesday.

Ronald Koeman’s side had won just one of their previous ten Premier League games, and looked set to extend that miserable run when Alexis Sanchez fired home for the visitors after 20 minutes.

However, the Toffees hit back brilliantly when Seamus Coleman headed home Leighton Baines’ cross just before the break, and then their second half dominance paid off four minutes from time when centre-back Ashley Williams met Ross Barkley’s corner with a fine header.

Arsene Wenger’s side missed the chance to go top of the table after suffering only their second league defeat of the season, and their first since the opening weekend of the campaign. 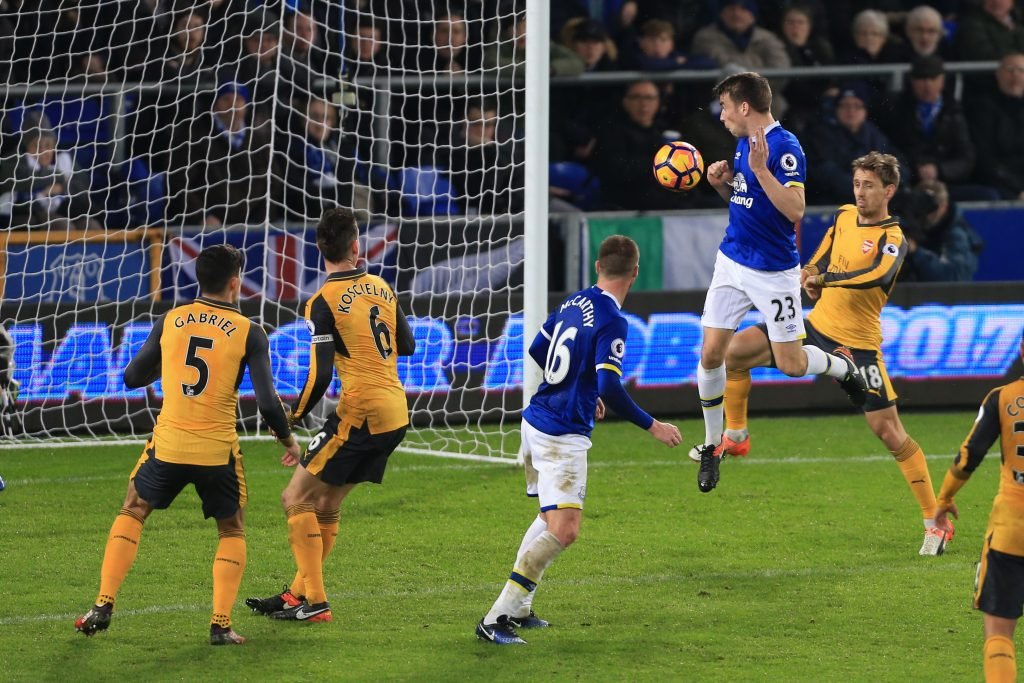 In Tuesday’s other game, Bournemouth got the better of champions Leicester 1-0 at the Vitality Stadium.

Eddie Howe’s side dominated the first half against an uninspiring Foxes team, and took the lead 11 minutes before the break when Marc Pugh fired home from the edge of the box.

Claudio Ranieri’s men improved as the game went on, and almost got a late equaliser when home goalkeeper Artur Boruc made a stunning save to deny Leonardo Ulloa.

It means that Leicester have now picked up just one point from their eight away games in the Premier League this season, while the Cherries rise to eighth following a third win in five matches.

Unsurprisingly, it was Everton’s performance against Arsenal which got many talking on Twitter, with many Toffees fans thrilled to witness a great display at Goodison Park last night…

Probably goes without saying that was the best performance of the season. McCarthy, Valencia & Gueye excellent. #EFC #COYB

There were many excellent individual performances, but one man in particular received praise from some Everton supporters…

Best performance under Koeman. McCarthy excellent alongside Gueye. Must kick on from here #EFC

Welcome back James McCarthy. All over the pitch tonight and on a yellow early on. That performance reminiscent of his 1st season #efc

Our luck well and truly ran out tonight. Very poor performance. No time to sulk with city next though! #afc

Such a pathetic performance against a team with no confidence. Subs were abysmal #afc

I know this @Arsenal team will bounce back against man city..unlucky tonight,not a good performance but let's move on..#COYG #afc

Just hoping for a massive performance against City to make up for today's loss. #afc

So frustrating @Arsenal need to bounce back with a performance & result vs City on Sunday, if we want to really challenge/win the title #AFC

Tuesday’s other game saw Bournemouth beat Leicester, and many Cherries supporters were delighted with the all round performance of their team…

Up the cherries, great solid win against Leicester who are found out that season it seems. Poor… #afcb #utciad

Says a lot about our team and performance when Pugh, Arter, Wilshere, Cook & Ake could of got MOTM. All worthy of it #AFCB

What an heroic performance, great atmosphere under the lights #afcb

While some reserved special praise for midfielder Jack Wilshere, and defender Steve Cook…

Jack Wilshere running the show for #AFCB tonight against #leicestercity. The lad is utter class

Wondering where' Jamie Vardy been? He's been in Stephen Cook's pocket all the time #afcb

Steve Cook was unbelievable tonight. This season he has been our best and most consistent defender. #afcb

Bournemouth deserved it, pressed well, passed well. Too many players drifting in and out of games for us. The hunger has gone #LCFC #AFCB

Frustrating that we beat Man. City on Saturday to then lose to Bournemouth. Need to get a run of wins going. #LCFC

I think the most concerning this is Ranieri is unable to see leicester have serious problems, it's always the same "fantastic" players!#lcfc

Narrow defeat again. Not saying we're playing well on the road but we maybe need some luck to kickstart things. We'll be okay though #lcfc