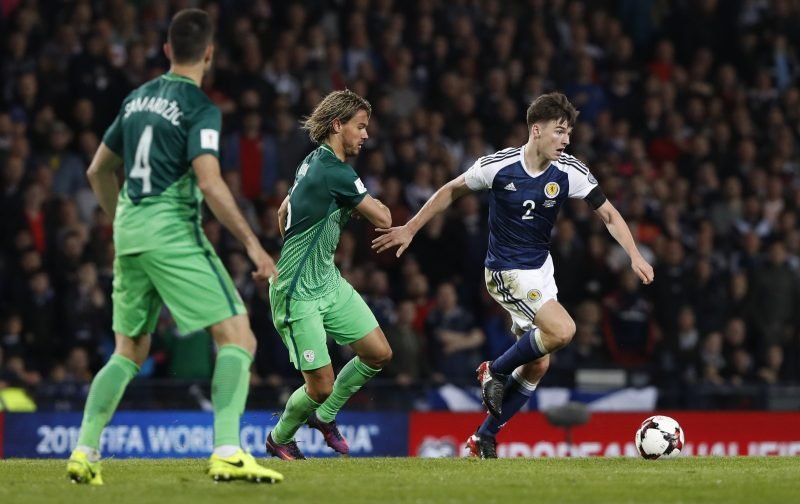 Chris Martin’s late winner for Scotland against Slovenia in a 1-0 win keeps Gordon Strachan’s men in with a slim chance of qualifying for the World Cup in 2018.

They are currently sat in fourth place though so it is going to be something of an uphill struggle to make it to Russia next year for the Tartan Army, but at the very least they can take solace from the fact they’ve shown signs of moving in the right direction.

And one example of that was the impressive performance of Celtic’s teenage left-back Kieran Tierney at Hampden Park on Sunday.

The 19-year-old, who has been linked with a move to Arsenal and Manchester City, is enjoying a solid season with the Hoops and will no doubt be pleased to have played his part against a side that sit third in Group F, and have managed to hold leaders England to a 0-0 draw during the campaign.

The win for Scotland came after two successive defeats and will go someway to restoring a bit of pride for Strachan’s team, who now trail second place Slovakia by just two points with five games remaining.

@kierantierney1 is now the TWO best fullbacks in Scotland.

What a player @kierantierney1 is some future ahead of him

Kieran Tierney is the best talent av ever seen come out Scotland easily.

@kierantierney1 has to be playing for Barcelona or bayern Munich