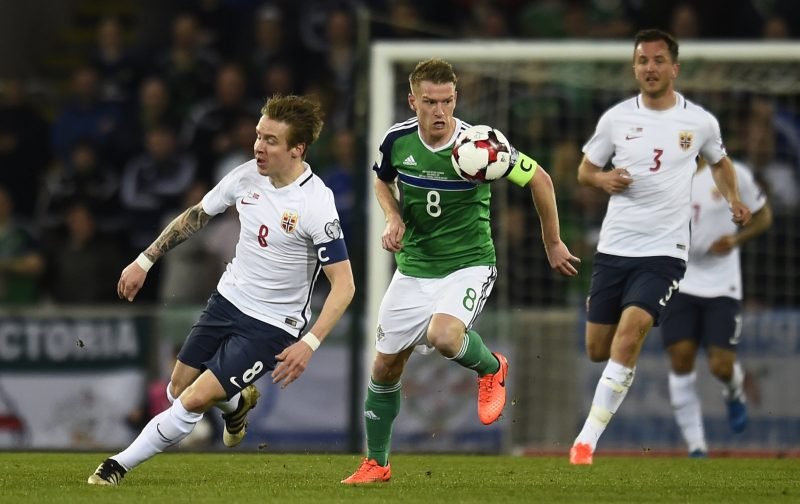 Northern Ireland continue to surprise the doubters following a 2-0 win over Norway at Windsor Park on Sunday, thanks to goals from Jamie Ward and Conor Washington.

Michael O’Neill’s side have got a genuine chance of qualifying for next year’s World Cup, as they now sit second in Group C and in position to clinch a play-off spot, in no small measure thanks to excellent performances from Southampton’s Steven Davis.

Germany continue to dominate the group and are five points clear at the top of the table, but with Northern Ireland in second place two points clear of third place Czech Republic, there’s every chance they can still qualify.

32-year-old Davis has showed his true leadership qualities over the campaign and did so again in the win over Norway, a performance which earned the midfielder lot of praise on social media as helped guide his side to a vital victory.

@StevenDavis8 It is truly an honour to watch you play football for Our Wee Country. Energy, ability, desire, you have it all

@StevenDavis8 a class act. We probably won’t fully appreciate what we’ve got until he hangs up the boots. Would love him to lead us to a WC

Bored of saying it but Steven Davis really is top class. Worth the ticket price time and again for us #GAWA