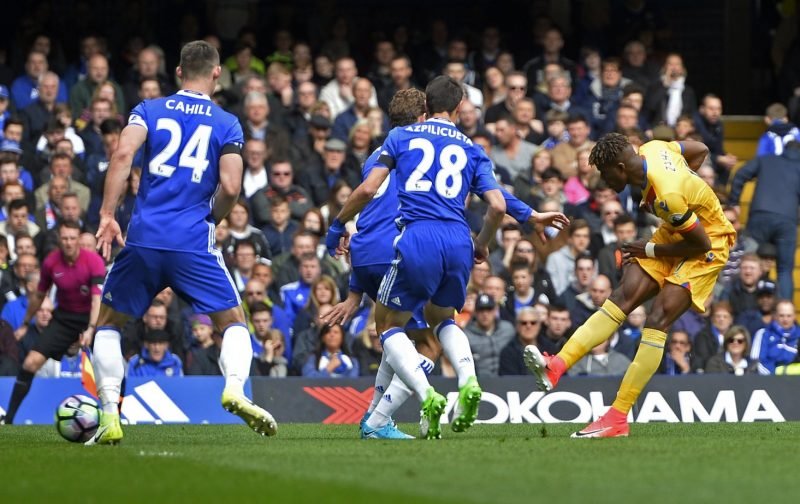 And although the Blues threw everything at the Eagles backline, goalkeeper Wayne Hennessey stood firm to help secure Allardyce’s side a fourth straight league win, in turn condemning Conte’s men to just their fourth league loss of the campaign.

Mauricio Pochettino’s Tottenham took full advantage by winning 2-0 at Burnley, with goals from Eric Dier and Son Heung-min reducing the gap at the top to just seven points, but it looks to be a straight fight between Spurs and Chelsea as Manchester City could only muster a 2-2 draw away at Arsenal, leaving the Citizens 11 points off the pace. 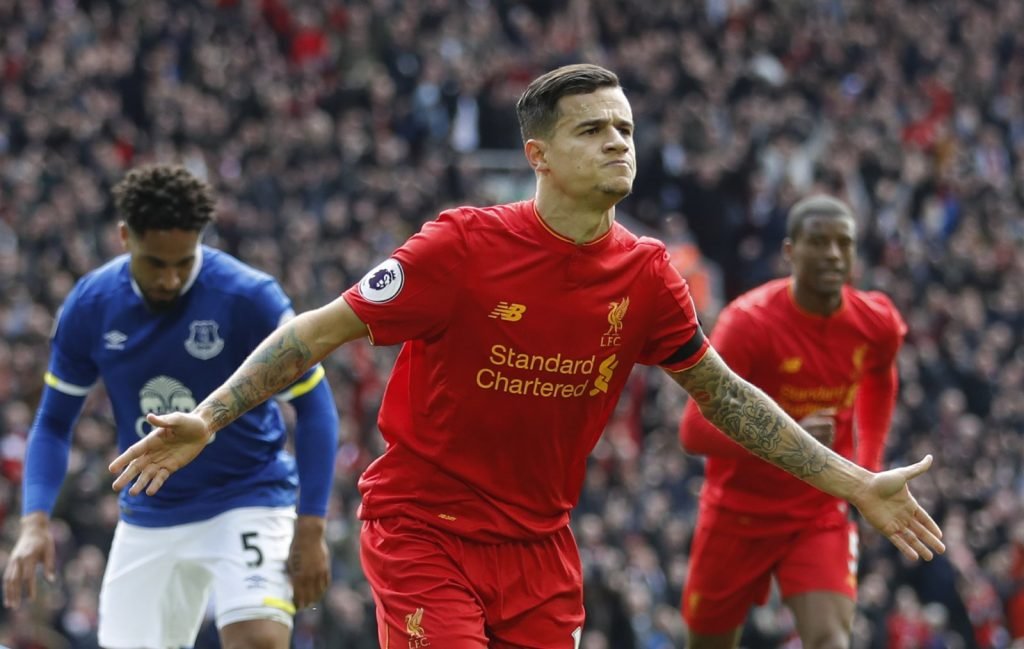 Liverpool moved up to third after overcoming Everton 3-1 in a feisty Merseyside derby, but Jose Mourinho’s Manchester United drew at home for the eighth time this season after only managing a 0-0 draw against a stubborn West Brom.

The Baggies are now eight points clear of ninth place Stoke City though after the Potters lost 2-0 at champions Leicester, who picked up a fifth consecutive victory under new boss Craig Shakespeare, while Southampton round off the top ten after drawing 0-0 at home to South Coast rivals Bournemouth.

At the bottom, David Moyes’ Sunderland are now eight points adrift of safety after losing 1-0 at Watford, who themselves move up to 12th, Middlesbrough remain five points adrift after only drawing 0-0 at 17th place Swansea on Sunday, and Hull are just a point behind the Swans after coming from behind to beat Slaven Bilic’s struggling Hammers 2-1 at the KCOM Stadium.

On what was an enthralling weekend of Premier League action, several supporters took to Twitter to express their views on proceedings, with many Chelsea fans bemoaning an under-par display in their defeat to Palace, but showing little concern that it will derail their title bid…

A wake up call for the lads… The performance was there, should of done better in some occasions, now focus on City up next! #CFC

Bad at defending, bad at finishing
deserved loss
but not much to worry about
good performance largely #CFC

Nonetheless, Tottenham supporters were thrilled with their side’s win at Burnley, especially given the Clarets’ impressive home record, and indeed the fact that it brings them to within seven points of the Blues at the summit…

Buzzing after a great away win! #thfc #coys

An excellent win yesterday. You might say, it was only Burnley, but in past seasons, that would have been a draw #thfc #coys #spurs C.O.Y.S.

That'll do. Great weekend for #thfc. Not nailed on for Top 4 yet, but getting closer. Win on Wednesday and I'll start looking upwards. #COYS

Jurgen Klopp’s Liverpool got the better of Everton in the Merseyside derby on Saturday – many Reds supporters were delighted with their team’s display, but the same cannot be said of several Toffees fans…

Excellent performance by #LFC today against a vengeful Ross Barkley.

We were poor lost our heads out there. 2 ageing CB's, 1 inexperienced CB. Missing Morgan,Seamus, Barkley/Lukaku poor by standards set #EFC

An excellent display today for the boys in red. Never easy in a derby but well worth the win. #LFC

Form team since turn of year playing same system, all change & roll over @ Anfield in usual fashion. Poor in every dept, no complaints #efc

Arsene Wenger’s Arsenal picked up a credible 2-2 draw at home to Manchester City, with some fans proud to see some resilience from the Gunners, while several City supporters were frustrated to see their side fail to get all three points at the Emirates…

Well, saw some resilience that would pave the way to bounce back down the road. #afc

Draw seems a fair result considering our rather insipid performance today. Many miscued passes. Looking forward to next season already.#mcfc

A point not the worst thing in the world but having the lead twice and based on our first half performance feels like 2 points dropped.#MCFC

And Mourinho’s United once again drew at Old Trafford, a result which hasn’t overly surprised many Red Devils fans…

Once again the usual happened, a draw at OT #MUFC

Another draw for #MUFC but we extend the undefeated streak! The players worked hard but again lack of finish & an inform keeper same result!

Yet another frustrating home draw for united today. Yet again struggled to create chances against a packed defence. Story ofour season #mufc