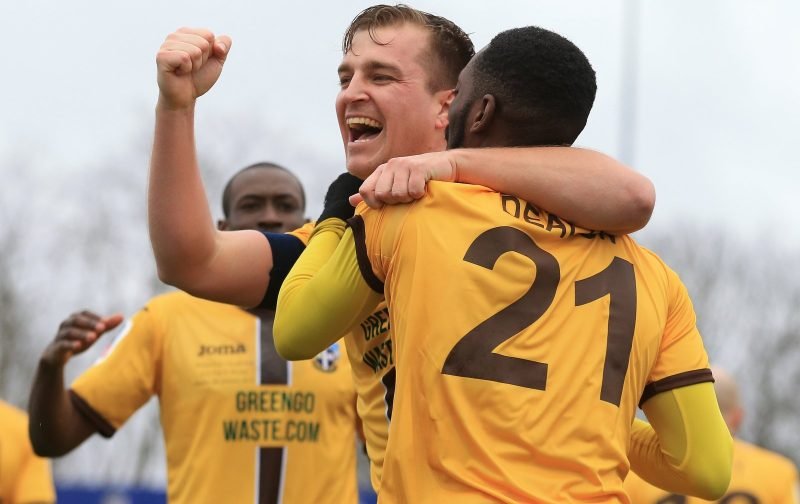 Non-league duo Lincoln City and Sutton United both caused big upsets to reach the fifth round of the FA Cup at the weekend.

Danny Cowley’s Lincoln, who got the better of Championship side Ipswich in round three, came from behind to defeat second tier leaders Brighton 3-1 at Sincil Bank, with goals from Alan Power and Theo Robinson, as well as an own goal from Fikayo Tomori, securing a memorable win for the Imps.

They are joined in the last 16 by fellow National League outfit Sutton, who avenged an FA Cup fourth round defeat to Leeds United back in 1970 with a wonderful 1-0 success over Garry Monk’s men on Sunday.

It’s not just these two that cause big upsets though, as Oxford United comfortably swept aside Championship high-flyers Newcastle 3-0 at the Kassam Stadium, while there were excellent victories for Millwall and Fulham on Sunday, beating Premier League duo Watford and Hull respectively.

Jurgen Klopp’s Liverpool suffered a third successive defeat by going down 2-1 at home to Wolves on Saturday, but the other five of the Premier League’s top six made it through to round five, with only Tottenham coming close to an upset as they needed a last-gasp Son Heung-min goal to edge past League Two outfit Wycombe 4-3 at White Hart Lane.

So, in what was a thrilling weekend of cup football, many took to social media to express their views on the matches, and unsurprisingly it was Lincoln and Sutton who came in for the greatest credit on Twitter…

Just checked in the paper & yes it did happen. Lincoln City are in the 5th round of the FA Cup. It wasn't a dream after all #facup #imps #fb

I wonder what Sutton and Lincoln fans are thinking rn? OMG fifth round or guys, we are just 2 games away from Wembley! #FACup #imps #Sutton

AMAZING result for #Sutton! The magic of the #FACup right there for all to see! #ChelseaSuttonFinalPlease

Well that was embarrassing #lufc, need a big performance Wednesday or no point in putting the side we did out today

For the first time in a while I'm speechless on #LFC performance. Senior players need to start earning their salaries on Tuesday.

Elsewhere, Oxford caused a big upset by knocking out Newcastle, with U’s fans thrilled but Magpies supporters frustrated after a 3-0 win for Michael Appleton’s men…

What a performance that was!! #oufc

That win from the mighty yellows' is easily the performance of the day! Fair play to those who travelled to. Onwards & upwards lads #OUFC

Disappointing result and 2nd half performance today from #NUFC But fair play to #OUFC Good luck to them for the rest of the competition.

Absolute disgrace of a team Rafa put out yesterday , an insult to fans who went and an insult to Oxford . The FA cup is dead #NUFC

While on Sunday, League One side Millwall beat Walter Mazzarri’s Watford to the delight of many Lions supporters…

What a performance from #millwall today. Results help but performance was exceptional. Better team all over the park! @MillwallFC

Absolutely class, proud of the boys. What a performance, what a win #Millwall

A performance that lacked everything #wfc #watfordfc