Fans react to a thrilling weekend of Premier League action 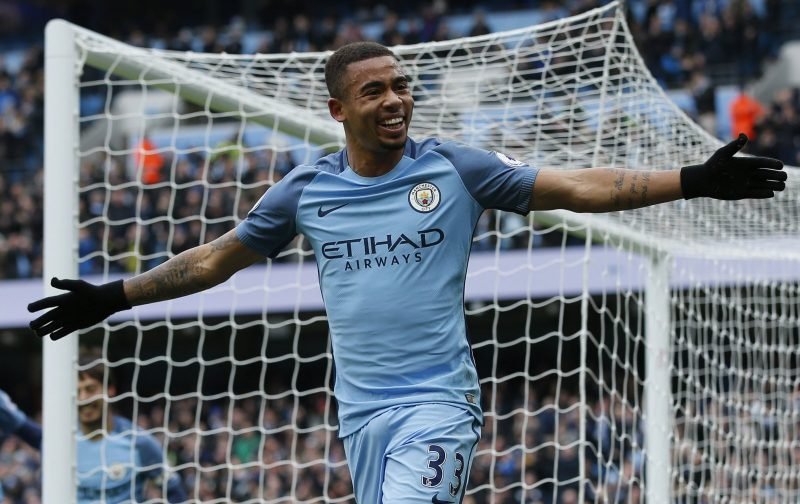 Premier League leaders Chelsea continued their march towards the title after sweeping aside Arsenal 3-1 at Stamford Bridge.

Goals from Marcos Alonso, Eden Hazard, and Cesc Fabregas secured a comfortable victory for Antonio Conte’s men, with Olivier Giroud’s late consolation all that Gunners fans had to cheer on a miserable afternoon in West London.

The Blues remain nine points clear of second place Tottenham, after Mauricio Pochettino’s side edged past struggling Middlesbrough 1-0 at White Hart Lane, while Manchester City moved up to third courtesy of a last-gasp 2-1 win over Swansea on Sunday.

They leapfrogged both Arsenal and Liverpool, with Jurgen Klopp’s side now winless in five after suffering a surprise 2-0 defeat against an improving Hull, and the Reds are now just a point ahead of sixth place Manchester United, who breezed past champions Leicester 3-0 on Sunday.

Everton remain seventh and five points behind United after a remarkable 6-3 victory over Eddie Howe’s Bournemouth, who slip to 14th after a third defeat in four matches, while West Brom picked up their fourth win in six games after getting past Stoke 1-0 at the Hawthorns.

West Ham moved up to ninth after beating a struggling Southampton 3-1 at St Mary’s, while Watford ascended into the top half of the table courtesy of a 2-1 win over Burnley, who remain without an away win in the league this term.

And, at the bottom, Sunderland produced a sensational display to emphatically beat Crystal Palace 4-0 at Selhurst Park, although David Moyes’ side still remain bottom of the division.

So, in what was a frantic weekend of action in the top-flight, many supporters took to social media to express their views on the matches, with Chelsea’s win over Arsenal producing quite a response on Twitter, with Blues fans thrilled at yet another three points…

That's what I'm talking about Chelsea! Hell of a performance! #CFC #KTBFFH

Still top of the league another great performance. @hazardeden10 what a world class goal by a special player #topoftheleague #cfc

Same old display against a side in a big game. #afc something's gotta change!

Elsewhere, Liverpool lost at Hull to remain winless in the league in 2017, and Reds fans are hugely concerned about what’s going wrong at Anfield…

Worst performance I've seen by a #LFC team today! Especially with the team they had out as well… wouldn't mind but Hull are a poor side!

After that promising performance against Chelsea, we succumb to defeat at Hull. Just don't understand what to make of it really #LFC

Gabriel Jesus scored twice to help Pep Guardiola’s City overcome Swansea at the Etihad, and many are revelling in the forward after an impressive start to life in Manchester…

Gabriel Jesus, what a lad. #mcfc

Quite seriously could you imagine an Aguero Jesus partnership up front? Who do you mark? Could be the answer. #mcfc

Great performance from United today. Amazing how good we can be when we put our chances away. #MUFC

A fine performance today! Great actually!! We dominated! Only 2 points from 4th. Let's keep it up. #mufc #MUFC_FAMILY #GGMU

While Foxes’ supporters are deeply concerned about their side, with the prospect of relegation becoming an even greater possibility…

I can honestly say that is the worst team performance I have seen for years. No fitness, no movement, no passion #LCFC #lcfcfamily