Fans react to an exciting weekend of Premier League action 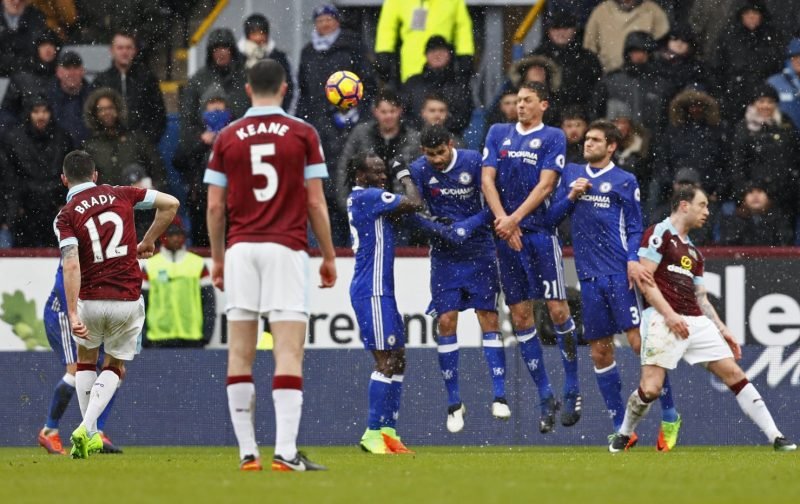 Premier League leaders Chelsea were held to a 1-1 draw by Burnley on Sunday but still moved ten points clear at the summit.

Although the Blues dropped points, they have moved another point clear at the top following Tottenham’s 2-0 defeat to Liverpool at Anfield, with Sadio Mane bagging both goals in an excellent display from Jurgen Klopp’s men.

Arsenal are up to third courtesy of a controversial 2-0 win over Hull at the Emirates Stadium, with Alexis Sanchez bagging both to go to the top of Premier League scoring charts with 16 for the campaign.

Jose Mourinho’s Manchester United kept the pressure on the top four with a comfortable 2-0 success over Watford at Old Trafford on Saturday, while Pep Guardiola’s Manchester City have the chance to move up to second this evening when they travel to out-of-form Bournemouth.

At the bottom, Swansea picked up a third league win in four matches over an out-of-sorts Leicester, who fall to 17th after a fifth successive loss, while all three teams in the relegation zone lost, with Hull losing at Arsenal, Crystal Palace going down 1-0 at Stoke, and David Moyes’ Sunderland thumped 4-0 at home by Southampton.

Elsewhere, Middlesbrough held Everton to a goalless draw at the Riverside Stadium, while West Ham and West Brom shared a 2-2 draw at a bitterly-cold London Stadium on Saturday.

So, on what was a fascinating weekend of action in the top-flight, many supporters took to Twitter to express their views on the matches, with Chelsea fans far from impressed with their side’s showing at Burnley yet thrilled to get a point from the encounter…

Sloppy performance #CFC. They didn't deserve more than a point.

Performance not too good…. We move still…. #KTBFFH #CFC

No problem with a draw away at Burnley considering it was probably the worst team performance for a long time. #CFC

Really proud of my team,Burnley FC for their performance today. Many teams would have reacted differently to going a goal down in 7mins.UTC

Jurgen Klopp’s Liverpool got their first league win of 2017 after beating Tottenham, with many Reds fans delighted at their side’s display on Saturday evening…

The @LFC I watched yesterday, was the Liverpool we all know. I hope that win and performance drives us on for the next 13 games. #lfc #ynwa

Back from the game, felt more like the Liverpool we should be seeing every week, great win & performance #lfc

And many are revelling in the impact Mane has had on the side, both on Saturday and indeed since his summer arrival from Southampton…

Sadio Mane is a baller. He seemed determined to ruin Ben Davies and his goals were very well taken. Brilliant performance. #LFC

I never believed that one man could make a difference to a football team. Sadio Mane has changed my opinion #lfc #ynwa

Not our best performance. We need Lamela/Rose/Vertounghen back in the team as soon as possible #COYS #THFC #Spurs #THFC

Both Arsenal and Manchester United secured comfortable victories on Saturday, and both sets of supporters were pleased with their team’s respective displays…

One of if not the best performance of the season today, just finishing letting us down AGAIN it should've been 7! #MUFC

Not the best performance, but glad to bag the 3 points #AFC

First half performance was class from #MUFC. We destroyed them! 2nd half was decent. #MUFC

While champions Leicester are seriously struggling after suffering a fifth straight league loss, leaving many Foxes fans resigned to relegation come May…

Absolute disgrace, can only see us going down now #LCFC

Positives from today's game – I didn't go.
Absolutely awful. We're going down if we keep that up #LCFC

Disgraceful performance from the players. We are going down #lcfc