Fans react to the draw for the FA Cup semi-finals 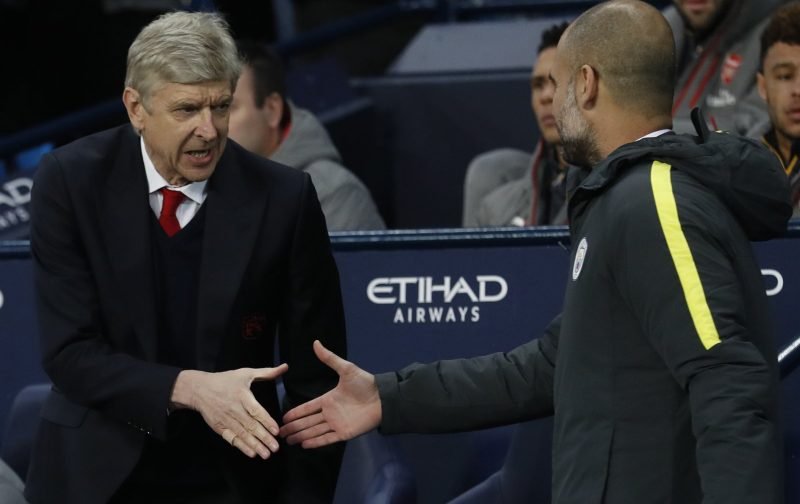 Premier League leaders Chelsea will face Tottenham and Arsenal will entertain Manchester City in the semi-finals of the FA Cup next month.

Antonio Conte’s Blues completed the line-up after edging past holders Manchester United 1-0 on Monday night, and their reward is a clash against the Premier League’s second place side Tottenham, who thumped Millwall 6-0 on Sunday.

Chelsea last won the competition back in 2010, when they narrowly beat Portsmouth 1-0 in the final at Wembley, while Mauricio Pochettino’s Spurs have to go all the way back to 1991 for the last time they lifted the trophy, when they needed extra time to beat Nottingham Forest 2-1 at the old Wembley.

The other semi-final sees Arsene Wenger’s Arsenal take on Pep Guardiola’s Manchester City, with the Gunners hoping to reach a 20th final in the competition with victory over the Citizens.

Wenger’s men have beaten two non-league sides Sutton United and Lincoln City in the last two rounds, and with little else to play for this term, the FA Cup represents the only opportunity for the North London side to win some silverware this season.

However, Guardiola’s City have already got past three Premier League sides to reach the last four, with West Ham, Crystal Palace, and most recently Middlesbrough coming unstuck against the Citizens, and having already beaten the Gunners in the league this term, City will be confident of reaching an 11th FA Cup final.

In what should be an exciting and intriguing semi-final weekend next month, several supporters took to social media to express their views on the draw, and there was a mixed response from Chelsea fans after being drawn against Tottenham…

#Spurs are the worst draw we could get. Dudes have something going against #CFC Fortunately for us, they don't know how to play at Wembley

Good draw for us. #CFC #OneStepCloser

Will take spurs as the draw. If kane is still injured fancy our chances #CFC

While several Spurs supporters are also apprehensive at the thought of meeting Chelsea, despite beating them 2-0 at White Hart Lane earlier this season…

Fantastic achievement to reach the Semi Final but worst possible draw. No tie was easy but I'd have taken any of the other two #Spurs

There wasn’t going to be a ‘good’ draw for the SF. Sooner or later you have to beat a good side. #THFC

Toughest draw in the Semis. We've beaten them already this season but without Kane and our Wembley hoodoo, I'm not so sure. #spurs #FACup

Arsenal face Manchester City in the other semi-final, a contest that has excited many Gunners fans…

Happy with the draw. Was gonna be tough whoever it was but city it is and I'm confident we can make the final.. #AFC #COYG

Best possible draw out of the lot. City is beatable. Lets do out best to get in the #FACup final #afc #coyg

Another good draw! Great record at Wembley and Man City are nothing special. Chance. #AFC

Probably the best draw we could have asked for! #mcfc

Best possible draw in the FA Cup for City, already looking forward to the Final #MCFC

Happy with draw. Peps biggest challenge is keeping the squad fresh over next 4-6 weeks with so many big games one after another #mcfc

Actually chuft with the draw tbh, ultimately feel we're the superior side, but anything can happen in the cup, that's the beauty of it #MCFC