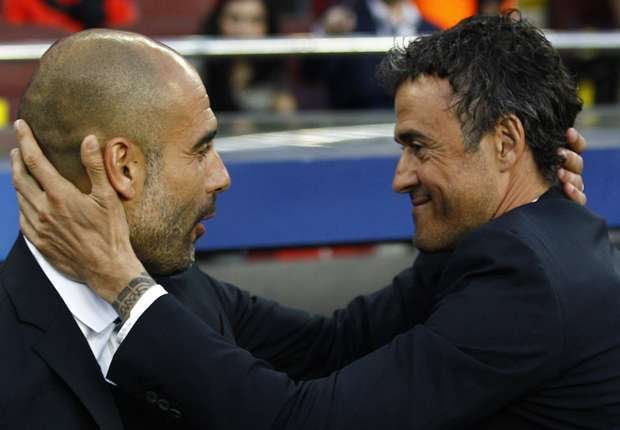 Here’s a pub quiz question for you – when was the last time Barcelona had a big name coach? Someone with an ego? A man with a plan? Or simply paying big bucks for a ready made proven manager?

Over the years, it’s what Real Madrid have had in their history to earn instant success, and their way has worked. But a club like the Los Blancos, they rival heavily with an institution. A team that is, well – more than a club.

You can’t help but have admiration for how they do things as a club – but Barcelona took the big name route after the departure of the great Johan Cruyff.

Bobby Robson was at the helm for a season. He won European Manager of the Year and signed a certain Ronaldo for £15.7m. He moved upstairs for Louis Van Gaal, who won four trophies in three seasons, but was shown the door after no silverware in his final term.

Barca were in a state of panic between 1999-2003, winning no trophies and with three managers in charge, including Van Gaal’s reinstatement for a season. But after an up and down spell with Ajax influenced Frank Rijkaard, the dead wood showed. Underperforming stars such as Deco, Ronaldinho and Samuel Eto’o had to be shown the door. The Spanish giants saw the influence of Cruyff and went back to his roots of ’88. 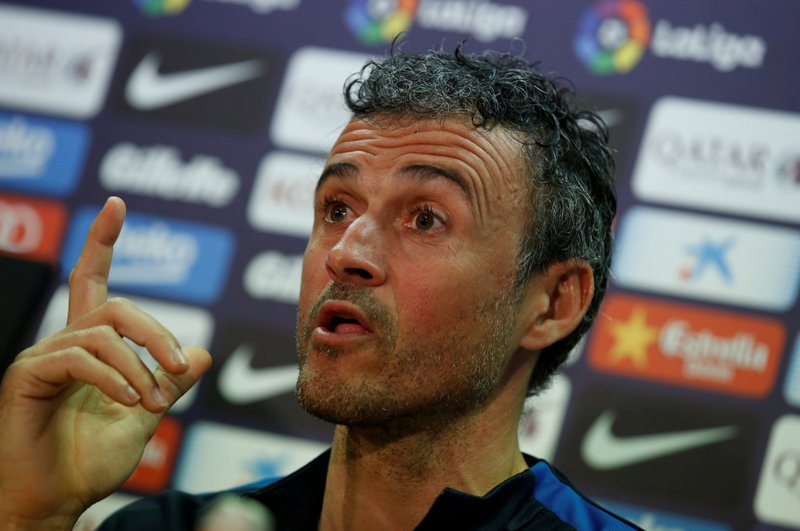 The great Dutchman didn’t just put Ajax back on the map, but he walked into the entrance of the Nou Camp and made a mark on football, that even today, still leaves us seeing the beautiful game in a different light.

But what he did more importantly than anything was philosophise the academy into playing his successful way so that they’d be ready to make the step up to the first-team. But if you look at Cruyff, one of the greatest players of all time, and coaches, he was an ex-Barca, and since then its been the philosophy revived by Pep Guardiola and carried on through coaches from inside the club to the present.

As a former player under the Dutchman, Guardiola said, “I knew nothing about football until I met Cruyff,” Barcelona’s style through the generations of academy players since the 1980’s is all thanks to Johan.

Yes, it’s what spurred and inspired the current Manchester City coach to take up management with Barcelona B and then earned his stripes for the first-team, and what oversaw his best run in management with his hometown club, winning six trophies in one season.

That achievement by Guardiola highlighted how the club saw promotion in coaches as a key piece to future success.

A rush of ex players and people taking up the coaching roles at Barcelona is what makes this team one of a kind. Even with the money in today’s world, you don’t see the arrogance of Barca show at all, and they quite rightly can show an arrogant nature with the titles and aura they have as arguably Europe’s best club.

Luis Enrique, a decorated former Barcelona attacker in the 1990s has been manager of the club since 2014 and announced he was leaving at the end of this season. He’s been under scrutiny of altering the style of play that has been a legacy since Guardiola took the reigns in 2008.

There is a few flaws to note with Enrique’s side this campaign, Real Sociedad, Athletic Bilbao, Atletico Madrid, Real Betis, Leganes and now Malaga have exposed their frailties.

They have become over reliant on their formidable front three in the season, but who wouldn’t be? They’ve scored over 67 per cent of their goals this term.

Their build-up from midfield was so key to their success over the years, where as this year it isn’t as good as it was. Enrique has used over 20 midfield combinations this season in the league. A midfield of Sergio Busquets, Andres Iniesta and Andre Gomes have scored less than five times this season. 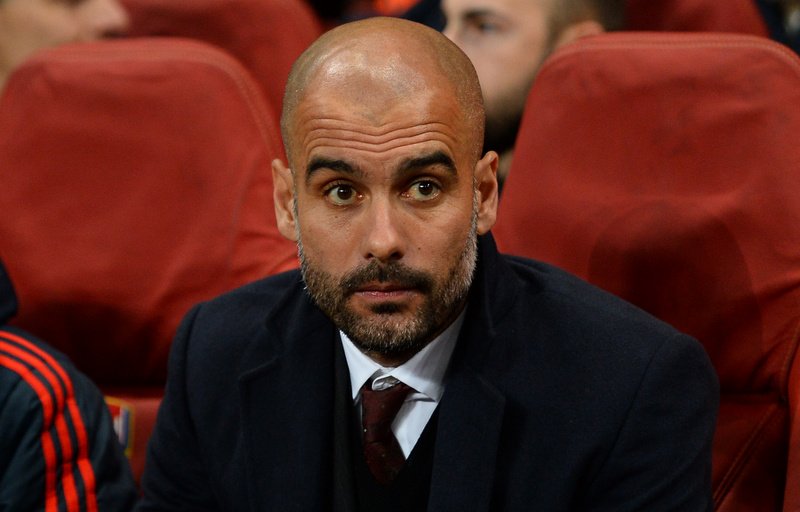 Busquets’ distribution isn’t what it was and it does highlight the slight change in style since Guardiola. Pep was obsessed with playing through the centre, Luis likes to play to the front three as quickly as possible.

Control vs Directness – and the defence always give you a chance. Samuel Umtiti is suspect to a mistake, Jeremy Mathieu isn’t good enough, whilst Gerard Pique holds it together, since the retirement of Carles Puyol.

But, you can argue his style has been as effective as Pep’s. It’s more directly tailored towards the front three of Lionel Messi, Neymar and Luis Suarez, instead of the “Pep way” if you like, of constant domination of the ball and working the ball from the back and walking into the net.

I mean, his record does speak volumes of his effect on the team since becoming boss. A treble in 2014-15 (La Liga title, Copa Del Rey and Champions League), another Spanish league title and Copa Del Rey, European Super Cup, a club World Cup and a Spanish Super Cup. Not bad!

You can say, ‘Well, the players they have are easy to manage as they know the style’. Well it’s not a simple as that. The fact that this style is implanted into these players and coaches is rare. As part of La Masia, you are educated this system and need intelligence to understand it, and the confidence.

This is why Barcelona don’t rush for the world’s best all the time in terms of players and coaches, they hire on the basis that you understand the club, it’s values and way of thinking.

It is inspiring teams like Manchester City who bought into the Barcelona theme, signing up the ex-directors Txiki Bergiristain and Ferran Soriano to set up their own academy, with a hope in their future that they have six first-team players from the City Football Academy, whilst implementing a 4-3-3 formation throughout the age groups.

Even Real Madrid have taken a leaf out of their rivals book by appointing Zinedine Zidane, an ex player and the coach for Real Madrid Castilla. As I say, the La Masia effect has more than impacted on Barca’s players.

But why don’t the Catalan giants go for a coach with an impeccable CV, such as an Arsene Wenger or the next big thing like Mauricio Pochettino? Well, here’s why… 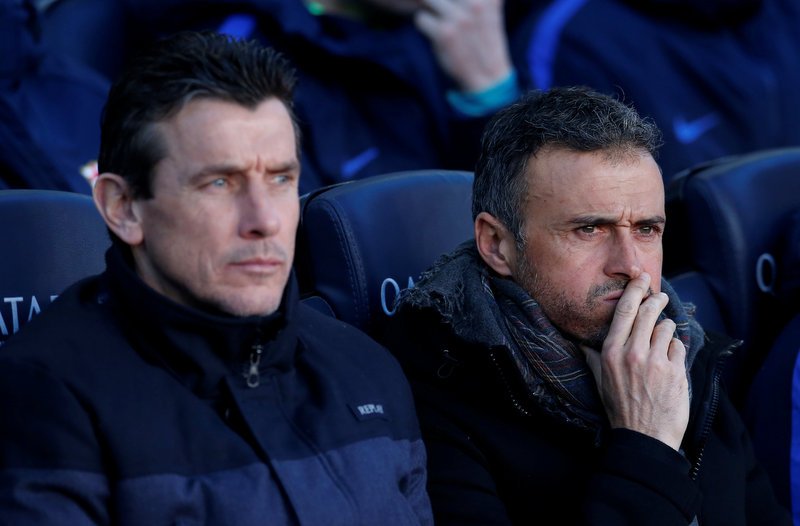 Juan Carlos Unzue is the favourite to take over from Enrique at the end of the season. He’s the current assistant coach and has played under Cruyff at Barcelona, as well as holding two coaching roles at the club.

He’s seen over the Enrique period since his arrival and could still be part of something special again this campaign as Barca’s treble desire is still very much on. You can see why him as the successor would appeal to the board.

Unzue at the start was just in charge of set pieces, in defence and attack, and this season, he has had more of a say in tactical decisions and therefore given more responsibility by Enrique.

Iniesta mentioned about the potential new manager and spoke on how Unzue knows everything. He is prepared, motivated and capable, in the words of the great midfielder.

Enrique’s number two turned Barcelona into the second best team from set pieces this season, from fourth in 2014-15.

This is an excellent theme in Barca’s blue print. To promote people who have played to coaches at the lower end of the food chain at the club. And that’s proven well over the years.  The late Tito Villanova moved up from Pep’s departure from the number two role and succeeded in his spell – and now it’s a big possibility with Enrique and Unzue.

Barca may not need to improve on their success, but just to sustain the high levels of performing under the promotion of assistants. There’s no need for big star name managers.