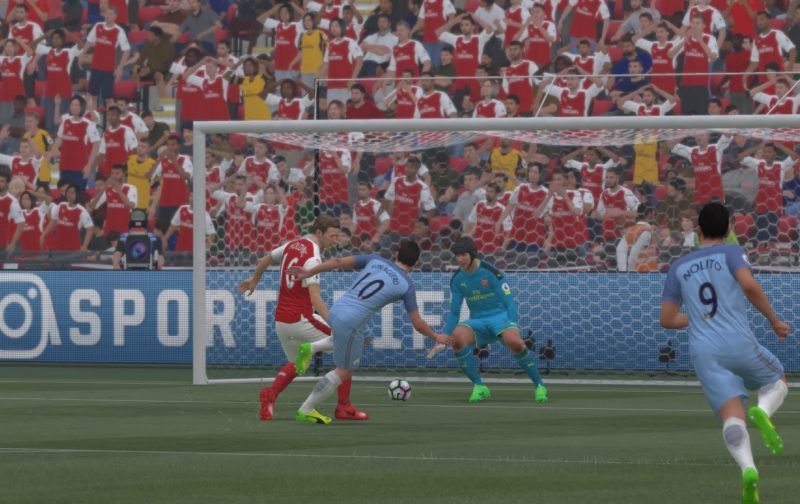 Ahead of Sunday’s Emirates FA Cup semi-final clash between Arsenal and Manchester City at Wembley Stadium (15:00), Shoot! took to FIFA 17 to try and predict the scoreline

The Gunners, who have suffered five defeats in their last nine Premier League outings to leave them seven points adrift of the top four heading into this weekend, will be without injured quintet Shkodran Mustafi, Danny Welbeck, Lucas Perez, David Ospina and Santi Cazorla.

Meanwhile The Citizens, who drew 2-2 at Arsenal’s Emirates Stadium earlier this month in the top-flight, could feature forward Gabriel Jesus, in some capacity, following his return from breaking a bone in his foot. 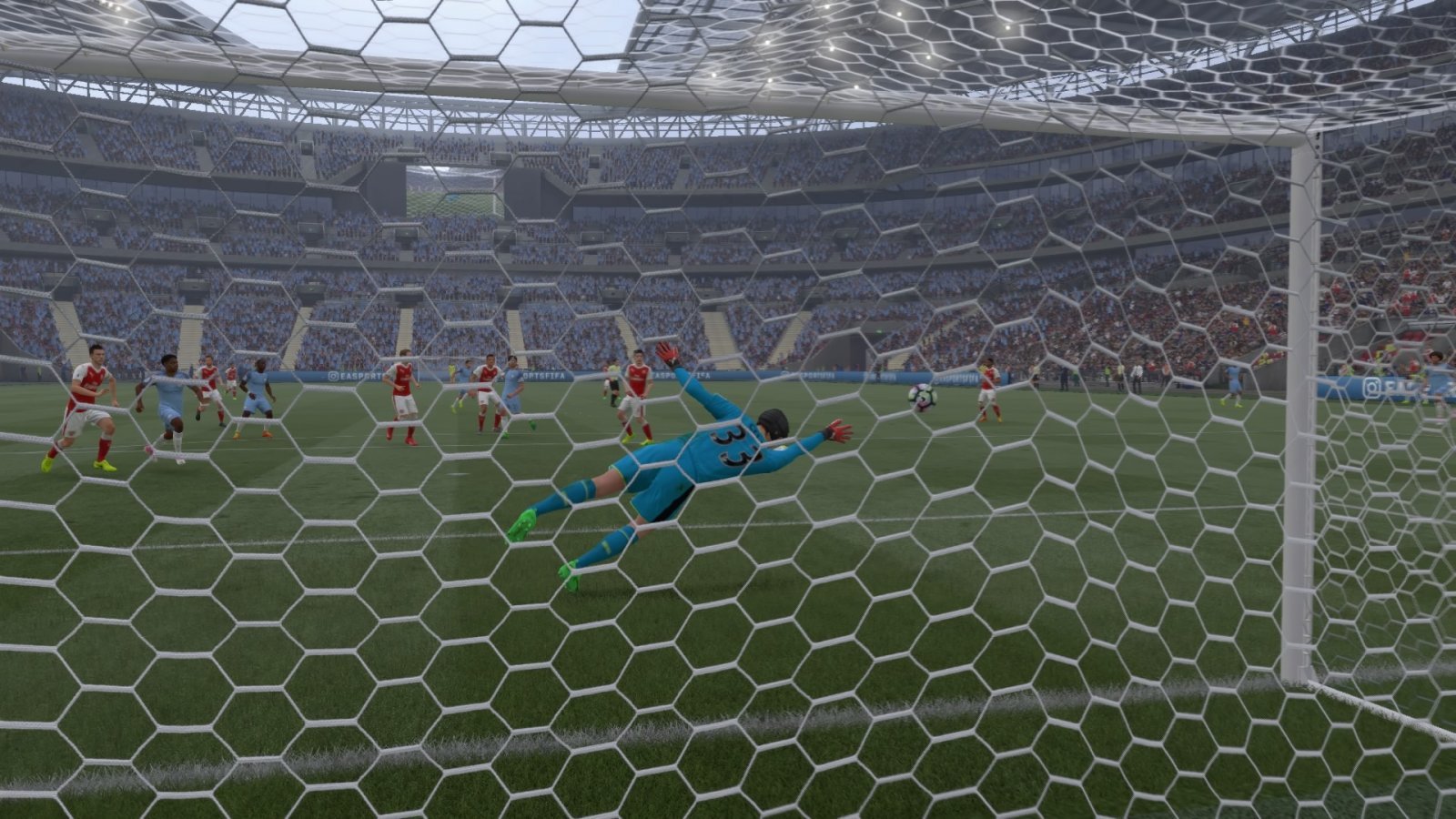 But in what could be Arsene Wenger’s last chance of silverware with Arsenal, with his future still uncertain beyond this summer, City turned on the style to book their place in the FA Cup final with a comfortable 2-0 victory – on FIFA 17 anyway!

Then, just four minutes after the interval, the influential David Silva doubled Pep Guardiola’s side’s advantage with a meteoric strike from 25 yards out, hitting the ball first time from De Bruyne’s lay-off to leave Petr Cech helpless in the Arsenal net, with the ball cannoning in off the post.

Shot stopper Cech kept this semi-final scoreline respectable, as City had seven shots on target, who could lift their sixth FA Cup in next month’s final. 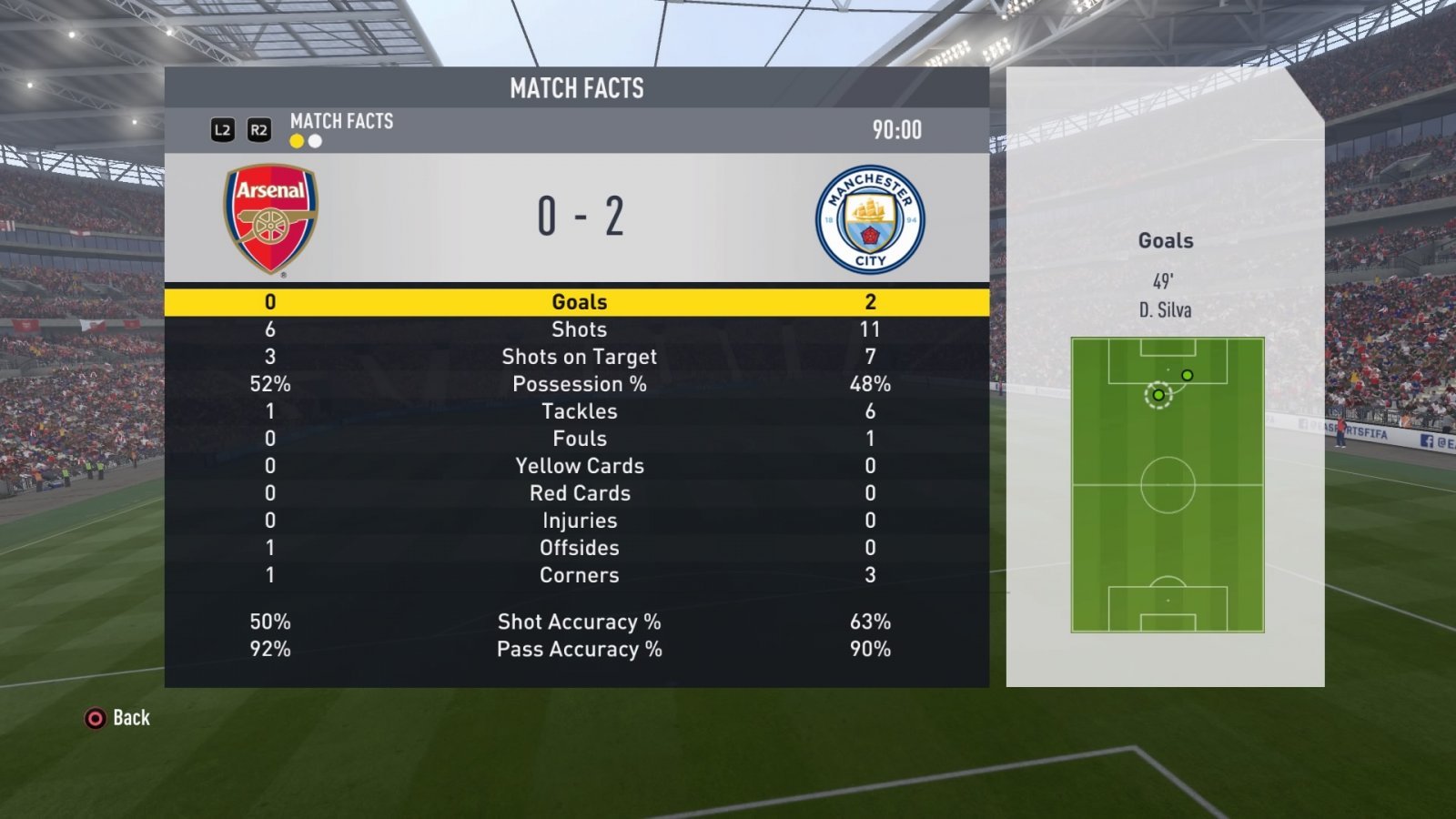