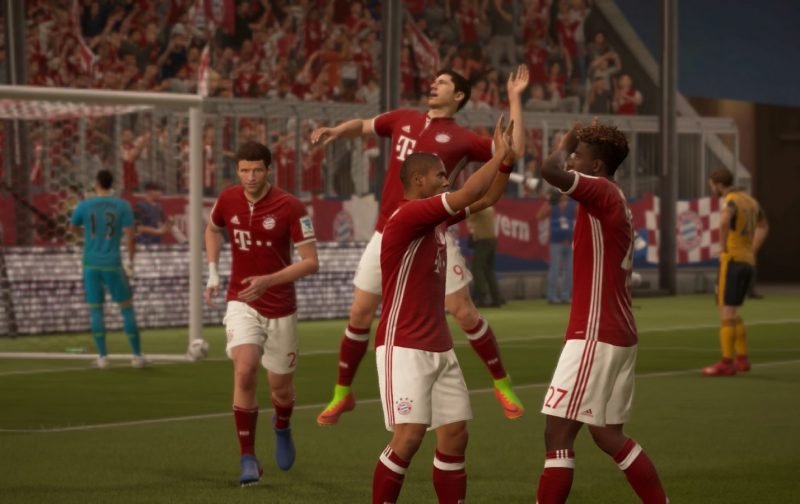 Ahead of Wednesday’s UEFA Champions League Round of 16 first leg clash between FC Bayern Munich and Arsenal at the Allianz Arena (19:45), Shoot! took to FIFA 17 to try and predict the scoreline.

The hosts, who currently sit seven points clear at the top of the Bundesliga table, are sweating over the fitness of midfielder Xabi Alonso after the Spaniard missed training on Monday.

Meanwhile The Gunners, who defeated Hull City 2-0 in the Premier League at the weekend, will field back-up goalkeeper David Ospina in favour of number one Petr Cech as manager Arsene Wenger sticks to his Champions League rotation policy. 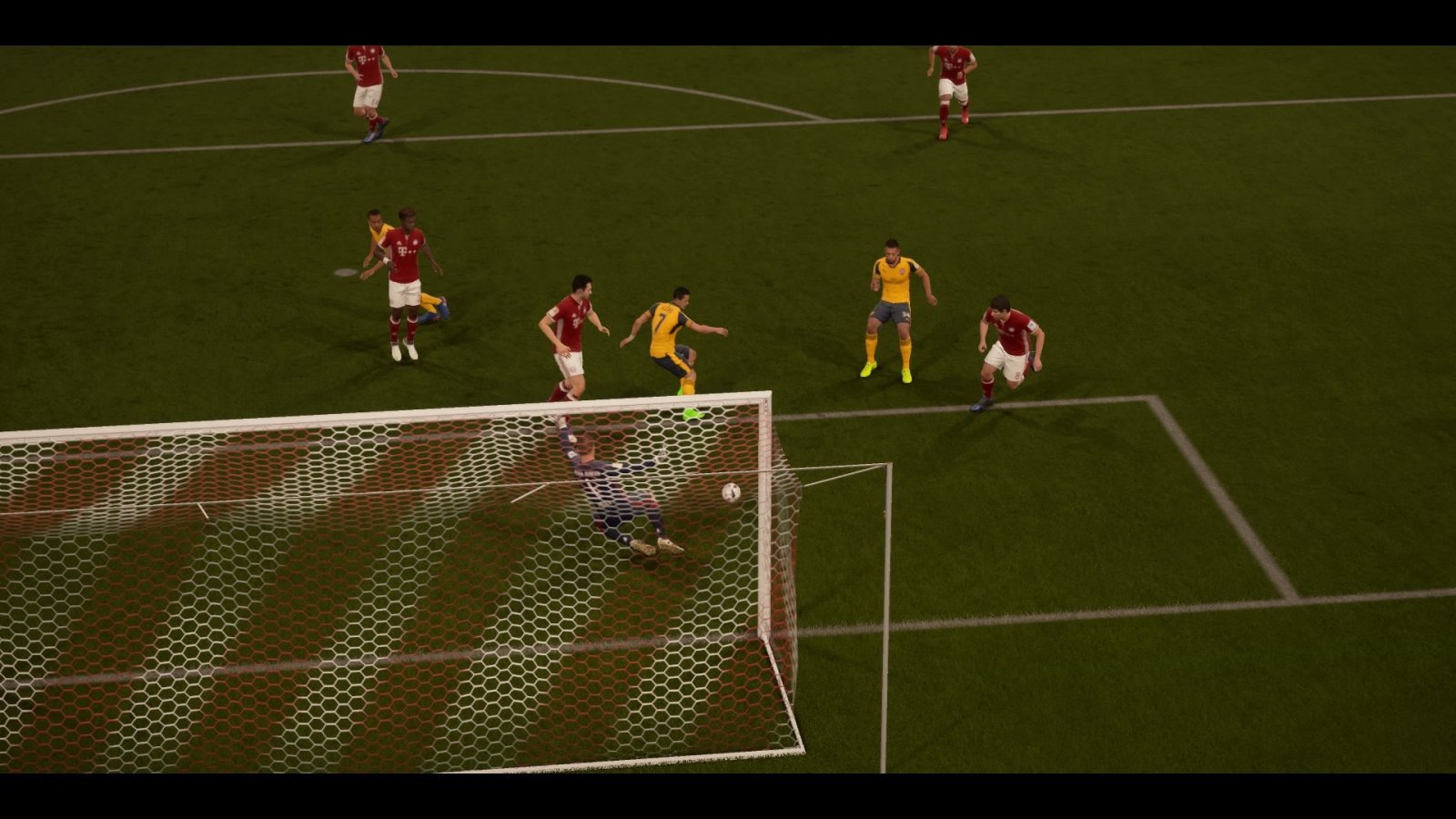 But the Frenchman’s reluctance to field his strongest shot stopper backfired as Bayern established a 1-0 first leg advantage on Wednesday night in Germany – on FIFA 17 anyway!

Douglas Costa scored the only goal of the game after 12 minutes, comfortably heading the ball into an empty net after Ospina spilled Arjen Robben’s long-range effort straight into the path of the eventual match winner.

In-form forward Alexis Sanchez spurned Arsenal’s best chance of an equaliser later in the first-half (Pictured above), but his shot from Alex Iwobi’s low cross came back off the near post.

The Gunners have it all to do in the second leg when they welcome Bayern to the Emirates Stadium on March 7. 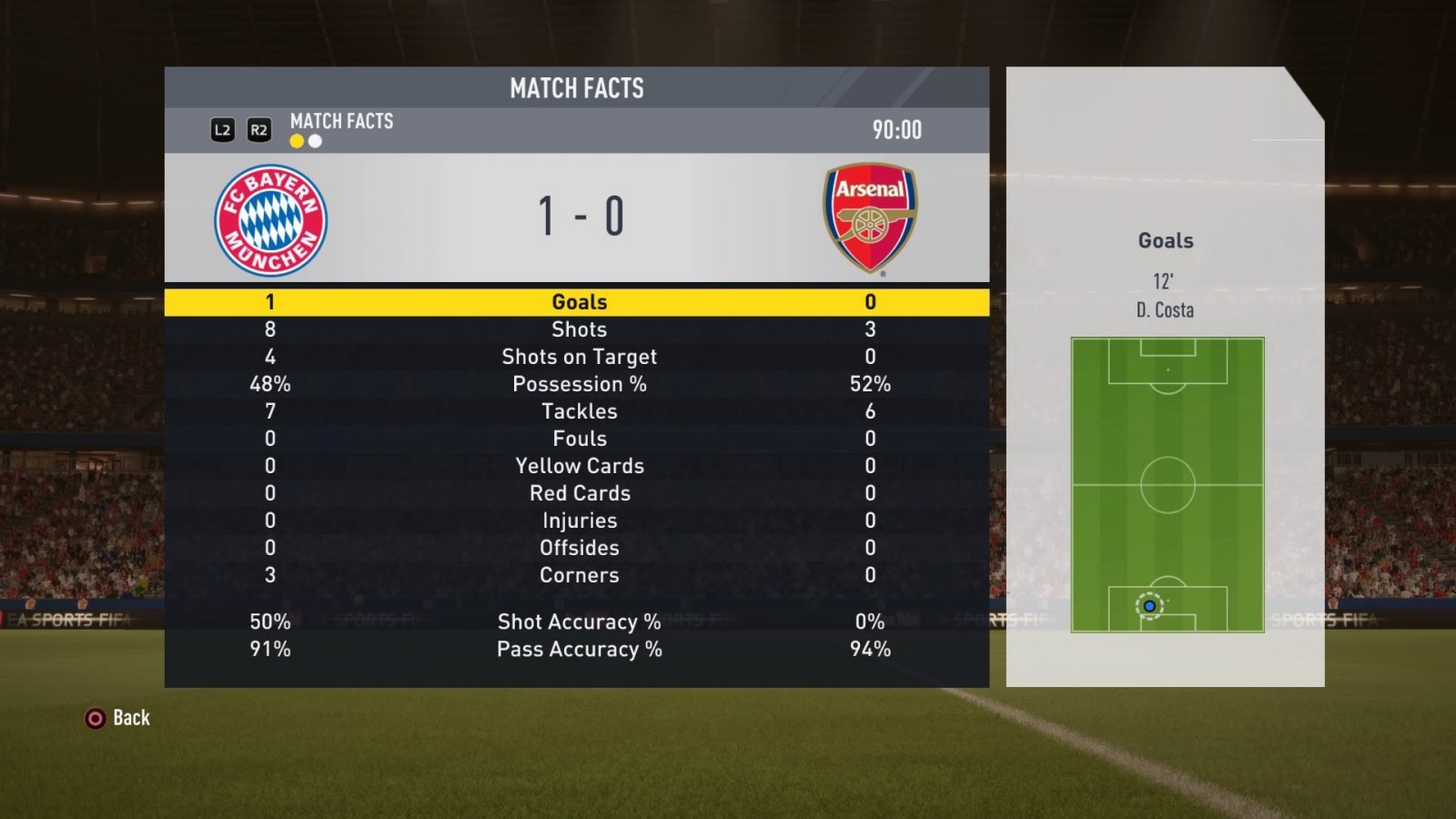