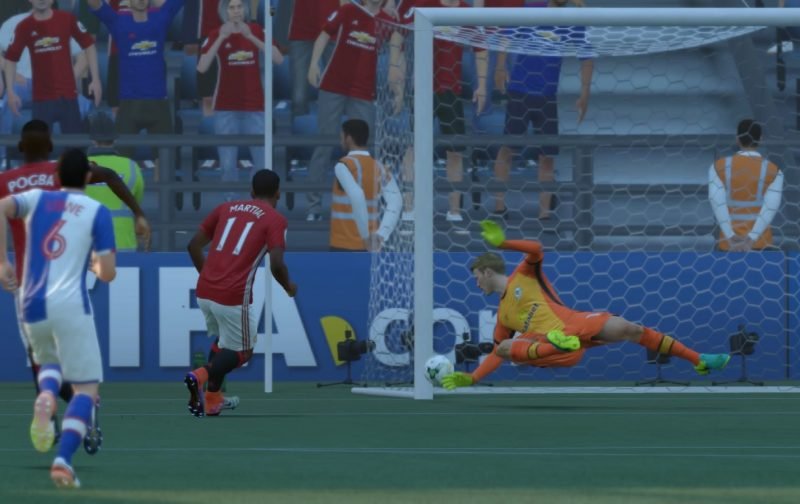 Ahead of Sunday’s FA Cup fifth round tie between Blackburn Rovers and Manchester United at Ewood Park (16:15), Shoot! took to FIFA 17 to try and predict which side will progress into the quarter-finals.

The hosts, who currently lie second from bottom in the Championship standings, two points adrift of safety, will be without suspended duo Hope Akpan and Elliott Bennett, whilst forward Sam Gallagher misses out through injury (knee).

Meanwhile The Red Devils, who defeated AS Saint-Etienne 3-0 on Thursday night in the UEFA Europa League, could welcome back the likes of Wayne Rooney, Michael Carrick and Henrikh Mkhitaryan. 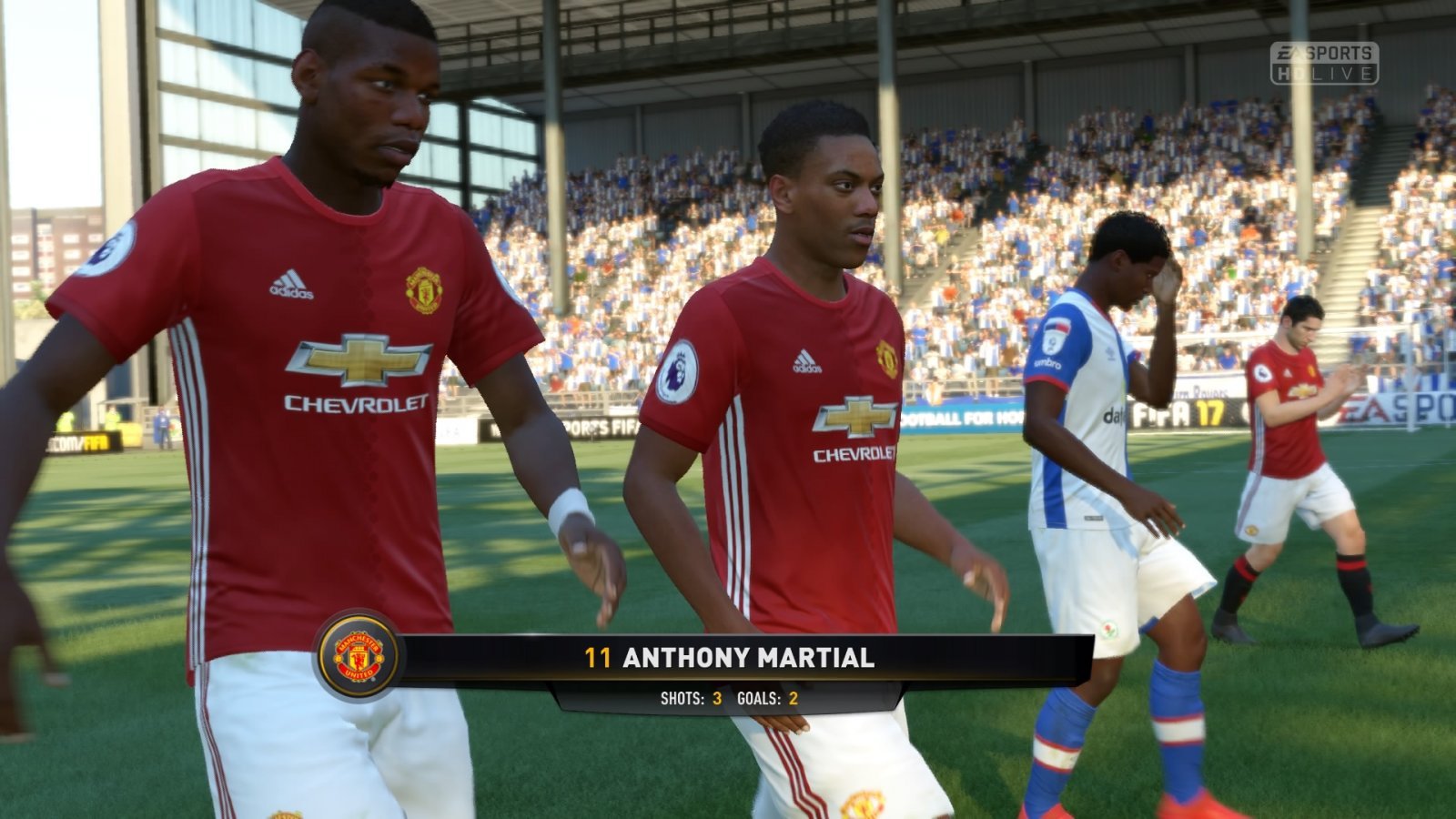 Man of the Match: Martial.

And it was the latter star, Mkhitaryan, who played a significant role in sending United through to the FA Cup quarter-finals – on FIFA 17 anyway!

The Armenia international assisted both of Anthony Martial’s goals as Jose Mourinho’s side ran out 2-0 winners at Ewood Park.

The 21-year-old netted a quick-fire double in the 35th and 39th minute to all but seal The Red Devils’ passage into the last-eight before half-time, blasting the ball past Rovers goalkeeper Jason Steele from two pinpoint low crosses.

After comfortably seeing off Blackburn, Manchester United now turn their attentions to fending off Saint-Etienne in France holding a 3-0 first leg advantage, before taking on Southampton in the 2017 EFL Cup final at Wembley Stadium. 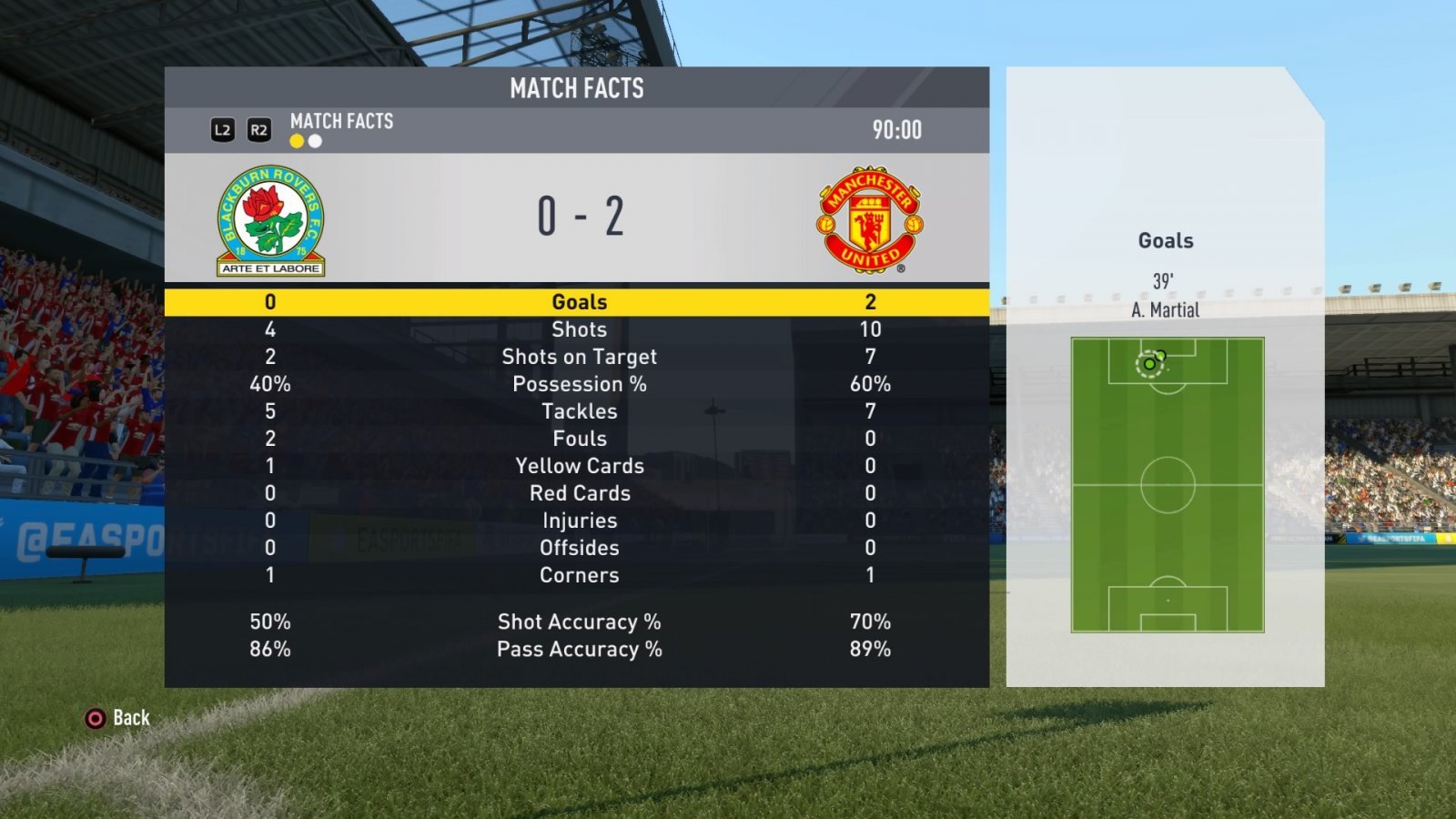