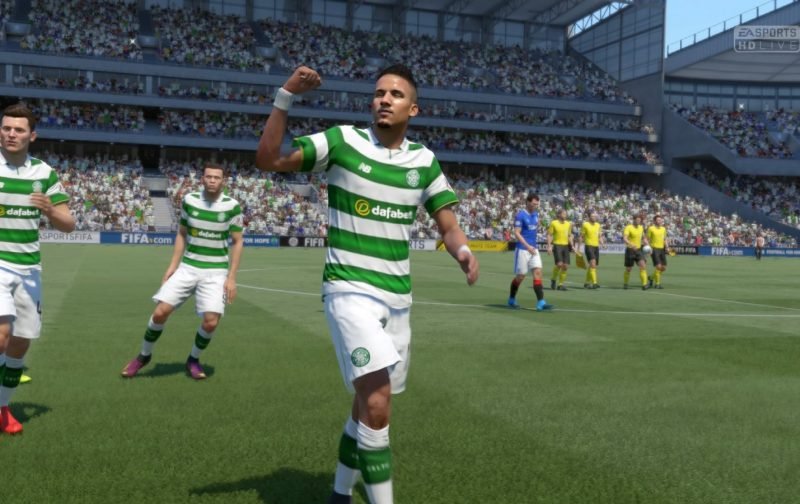 Ahead of Sunday’s Scottish Premiership clash between rivals Celtic and Rangers at Celtic Park (12:00), Shoot! took to FIFA 17 to try and predict the scoreline.

The Bhoys, who led the Scottish top-flight standings by a massive 27 points heading into this weekend, have won all three of the previous Old Firm meetings this season.

Meanwhile The Gers, who are set to officially confirm Pedro Caixinha as their new manager shortly, trail their arch-rivals by a huge 33 points in the league standings during their first term back in the Premiership. 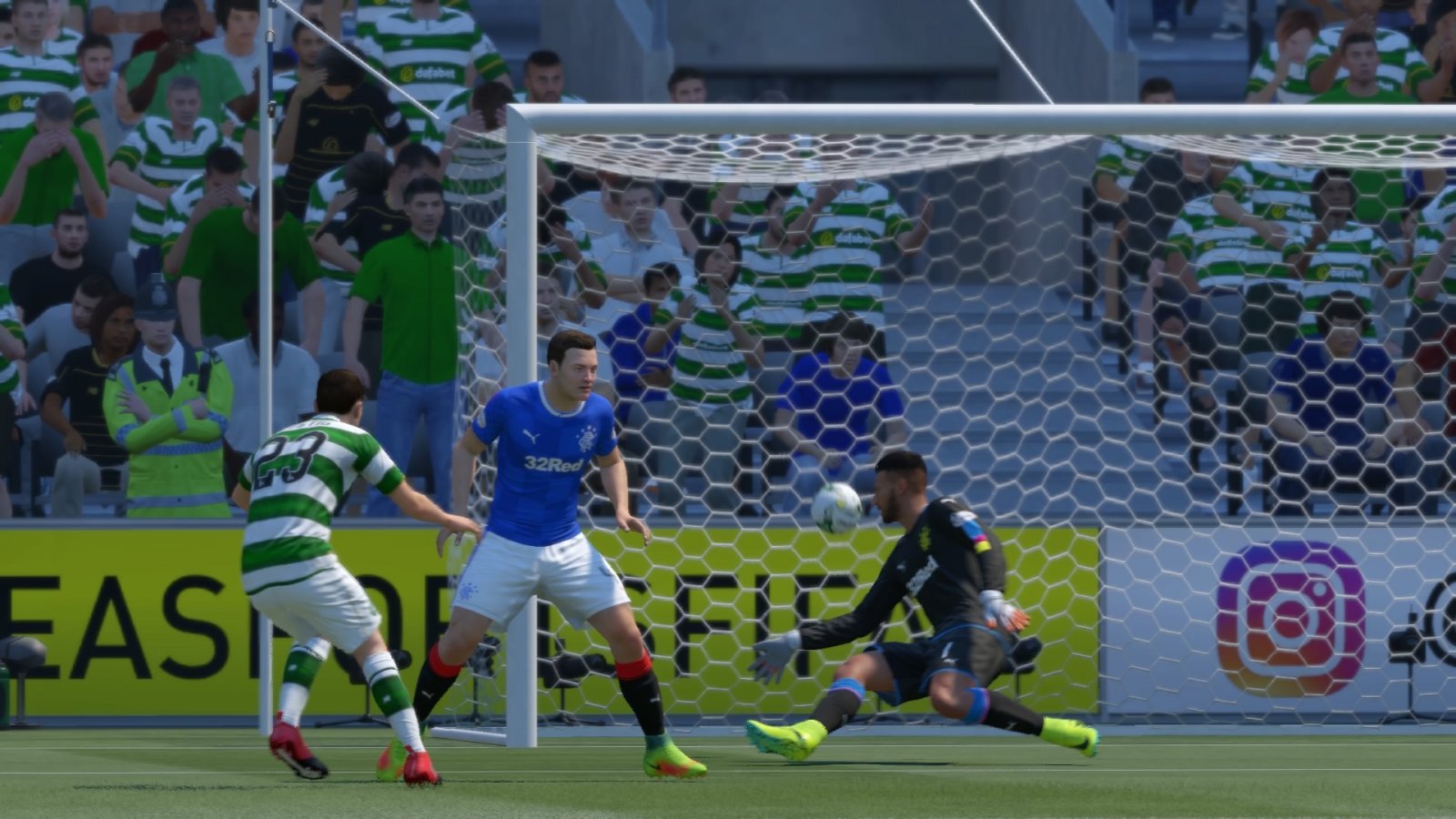 And that meteoric gap between the two clubs was made evident on Sunday as the hosts strolled to a comfortable 3-0 victory – on FIFA 17 anyway!

Mikael Lustig broke the deadlock inside 18 minutes, swivelling on the spot to blast home a deflected effort (Above), after Rangers failed to clear a corner.

But it wasn’t until the final 11 minutes that Brendan Rodgers’ side wrapped up their 27th league win of the season with two late goals – the first coming from substitute Callum McGregor, who pressured opposing defender Clint Hill into a mistake, before capitalising and tucking the ball past goalkeeper Wes Foderingham.

Then, in the 83rd minute, Scott Sinclair completed the rout, beating Foderingham at his near post after a blistering counter-attack, making it four wins out of four meetings for Celtic against Old Firm rivals Rangers this season. 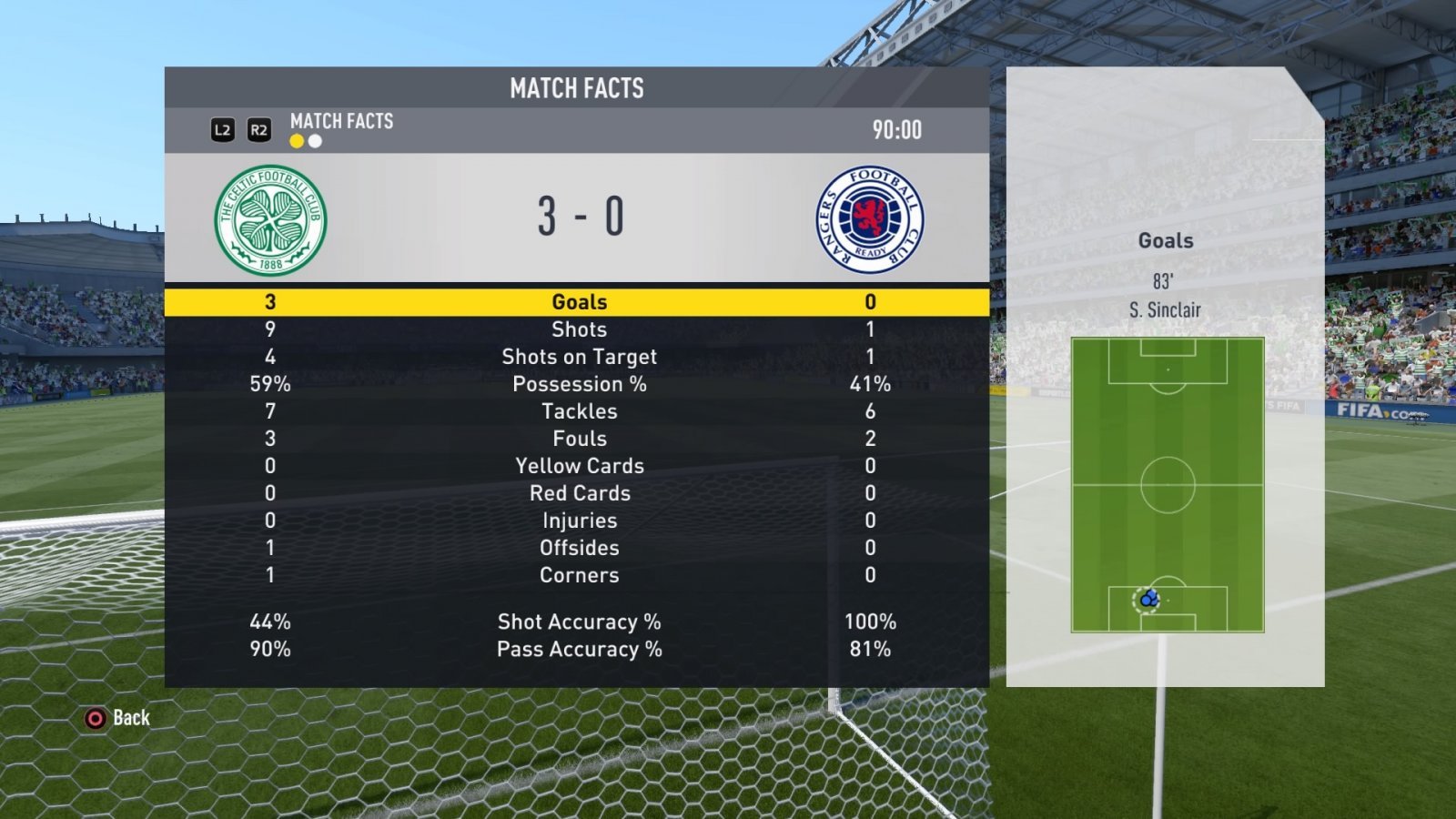