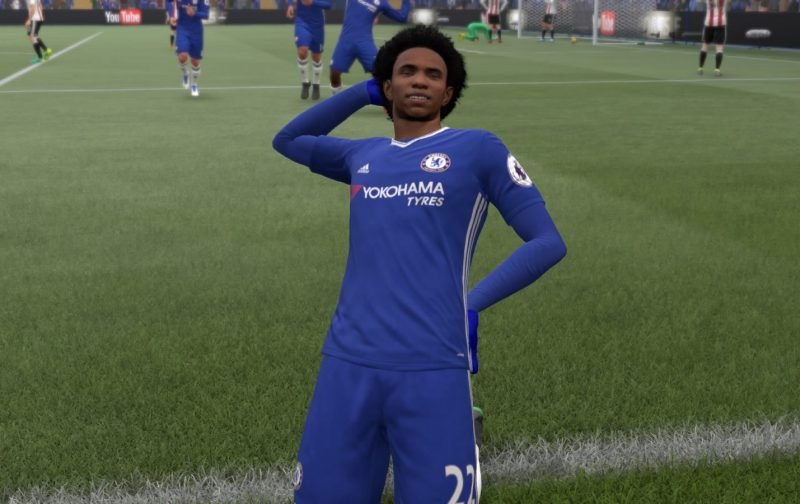 Ahead of Saturday’s FA Cup fourth round clash between Chelsea and Brentford at Stamford Bridge (15:00), Shoot! turned to FIFA 17 to try and predict which side would progress to the next round and take another step closer to Wembley Stadium.

The Blues, who currently sit eight points clear at the top of the Premier League table, are expected to rotate their squad and could hand starts to the likes of young trio Nathan Ake, Ola Aina and Ruben Loftus-Cheek.

Meanwhile The Bees, who hold 15th spot in the Championship standings, are looking to build upon their 5-1 thrashing of Eastleigh in the previous round. But Premier League class prevailed on Saturday afternoon, as Chelsea eased into the fifth round of the FA Cup after fending off Brentford 2-0 – on FIFA 17 anyway!

Brazil international Willian scored both of the home side’s goals, either side of half-time, despite Bees goalkeeper Daniel Bentley impressing between the sticks for the visitors.

Defender Andreas Bjelland spurned Dean Smith’s side’s best opportunity in the first-half (Above), but the away side failed to trouble goalkeeper Thibaut Courtois after failing to register a shot on target. 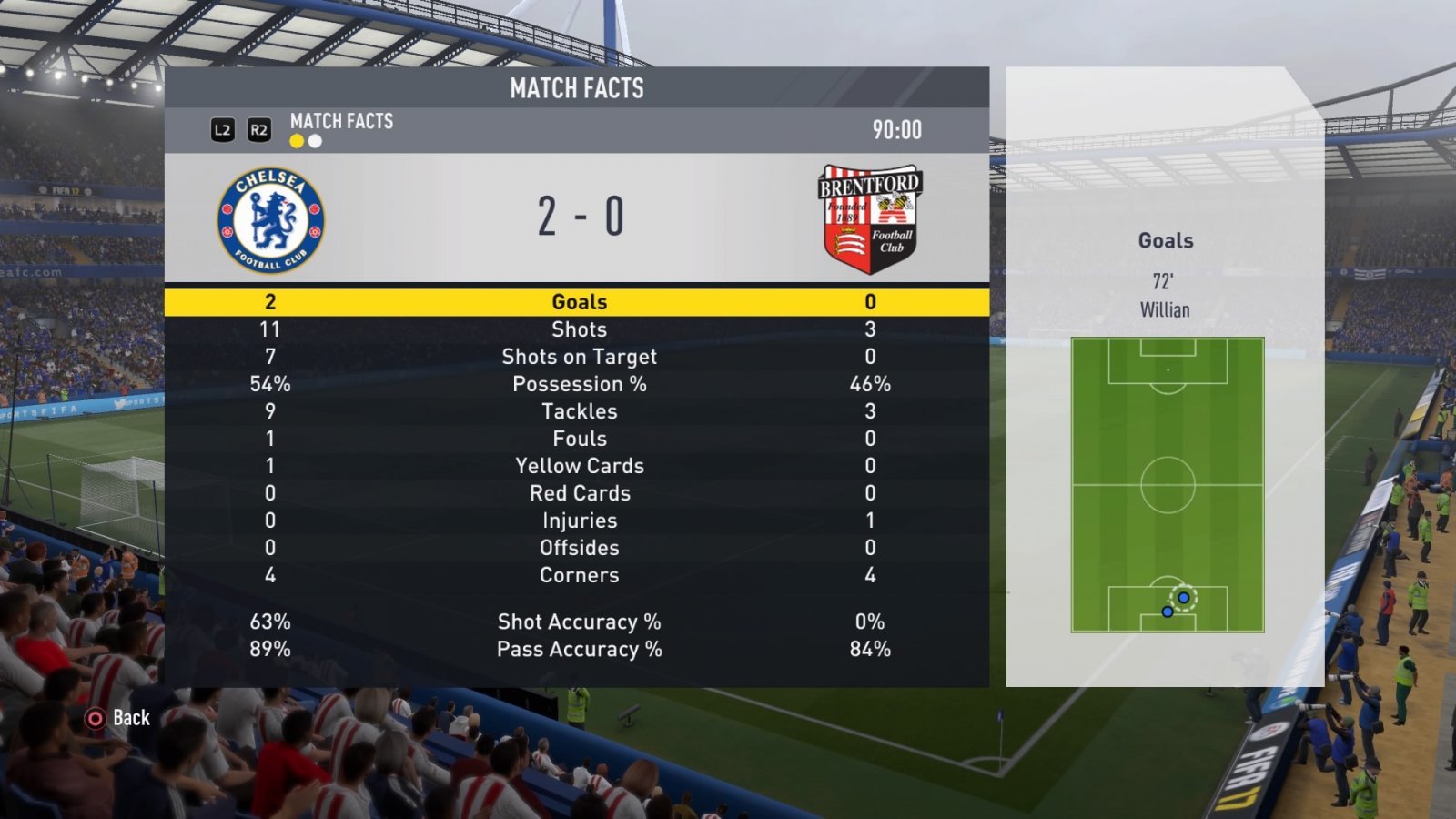