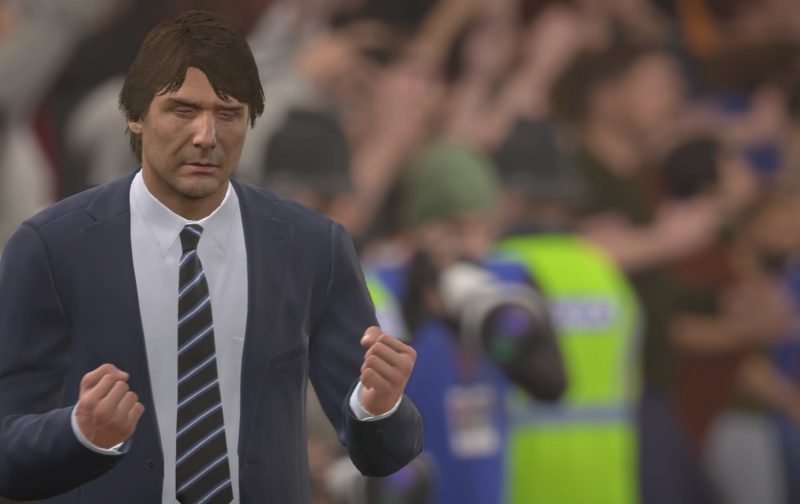 Ahead of Sunday’s Premier League clash between Chelsea and Hull City at Stamford Bridge (16:30), Shoot! turned to FIFA 17 to try and predict this weekend’s scoreline.

The Blues, who easily defeated defending league champions Leicester City 3-0 last weekend, could give a first start to striker Diego Costa since his reported bust-up with manager Antonio Conte.

Meanwhile The Tigers, who beat AFC Bournemouth 3-1 last time out to move off the bottom of the table, will be unable to call upon Ahmed Elmohamady and Dieumerci Mbokani due to their participation at the Africa Cup of Nations. 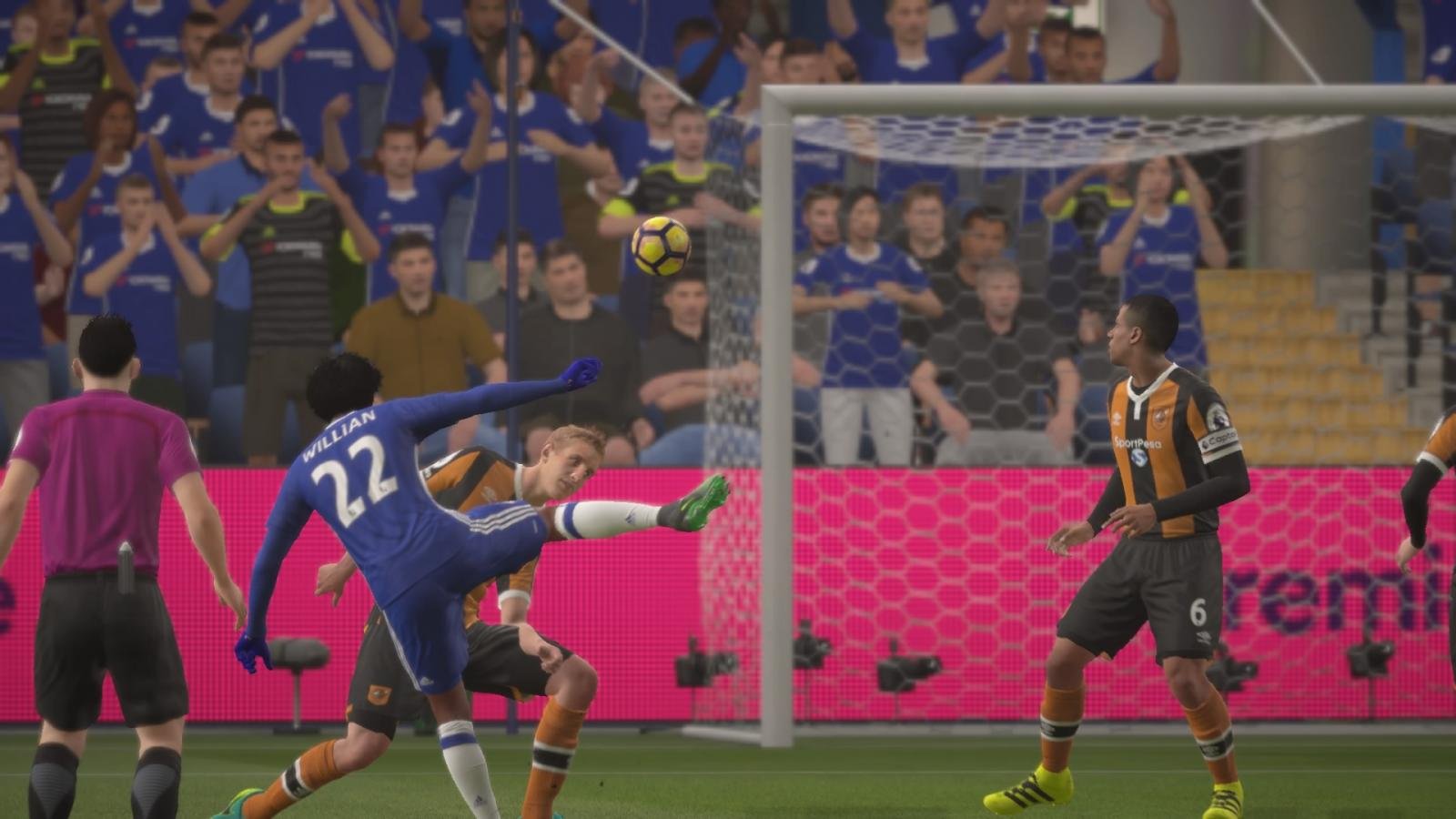 Willian opens the scoring with a wondergoal.

However the hosts coasted to a comfortable 2-0 win on home soil, inflicting a first Premier League defeat on Hull boss Marco Silva – on FIFA 17 anyway!

Willian (Above) opened the scoring in the 36th minute with a spectacular strike, hitting Eden Hazard’s lay-off first time from 25 yards out, with the ball smashing in off the underside of the crossbar.

But Conte’s Chelsea left it late to wrap up all three points against The Tigers; as it wasn’t until N’Golo Kante put the result beyond all doubt in second-half stoppage time, although the strike went down as an own goal by goalkeeper David Marshall after the ball rebounded off the post and bounced off the shot stopper’s back to trickle over the line. 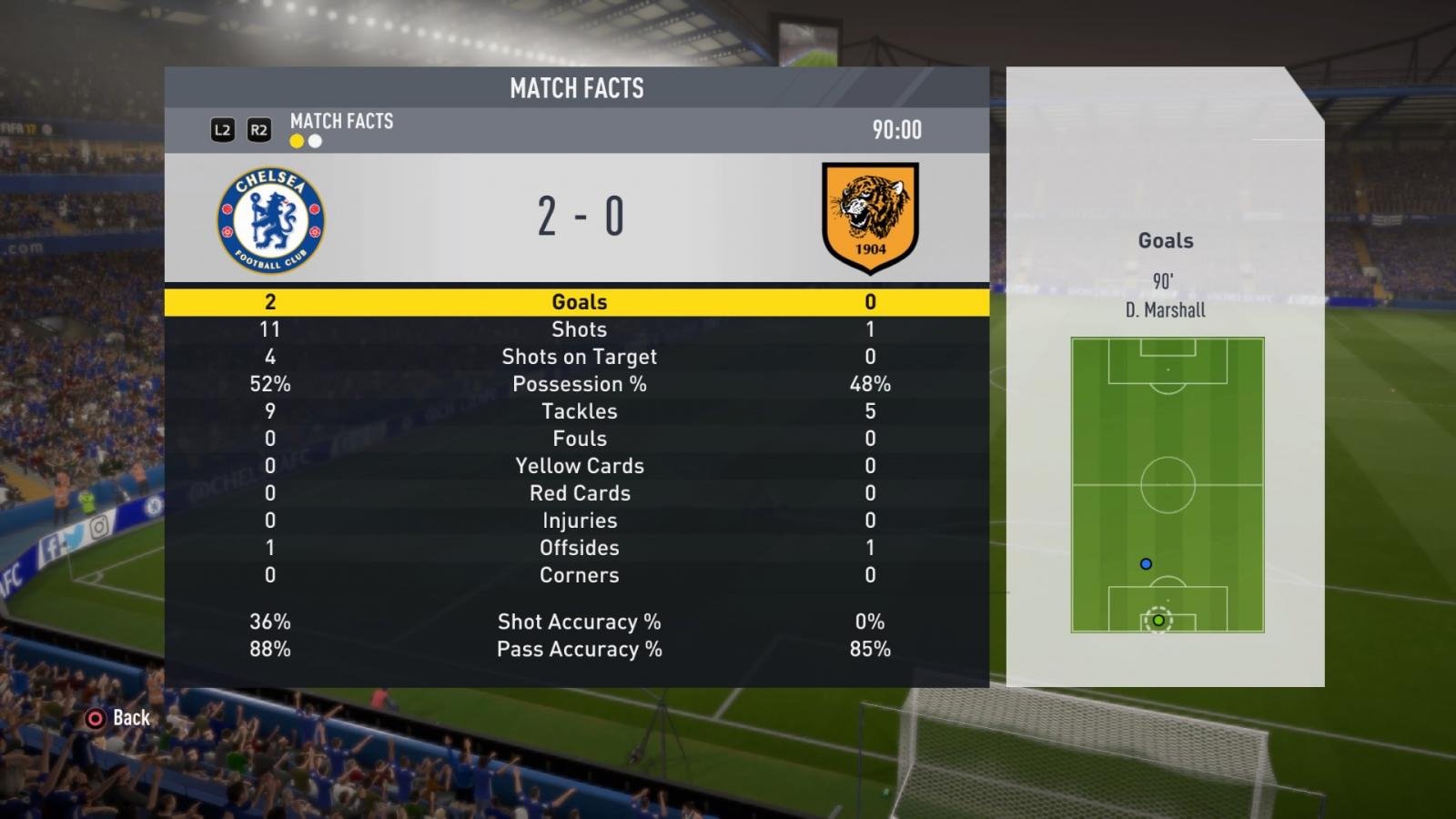