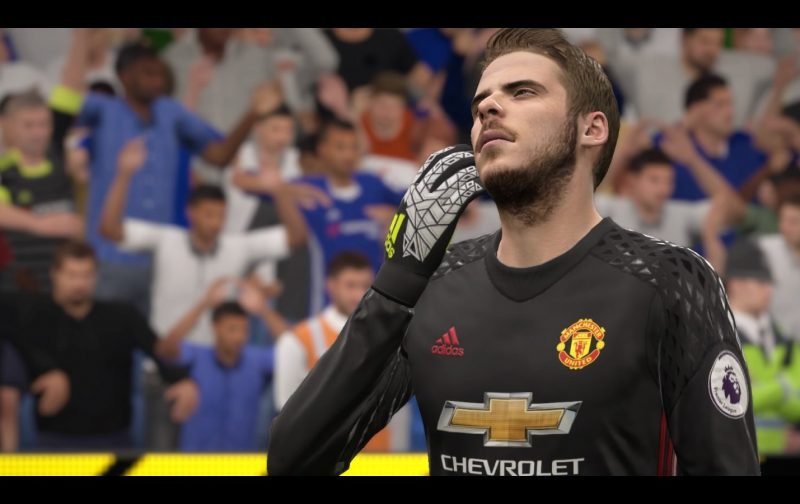 Ahead of Monday night’s FA Cup quarter-final clash between Chelsea and Manchester United at Stamford Bridge (19:45), Shoot! took to FIFA 17 to try and predict which side would advance to the semi-finals.

The Blues, who lead the Premier League standings with 11 games remaining of the season, are looking to lift their first FA Cup since 2012.

Meanwhile The Red Devils, who will be without suspended top goalscorer Zlatan Ibrahimovic tomorrow night, are looking to defend their FA Cup crown after defeating Crystal Palace in the final last term. 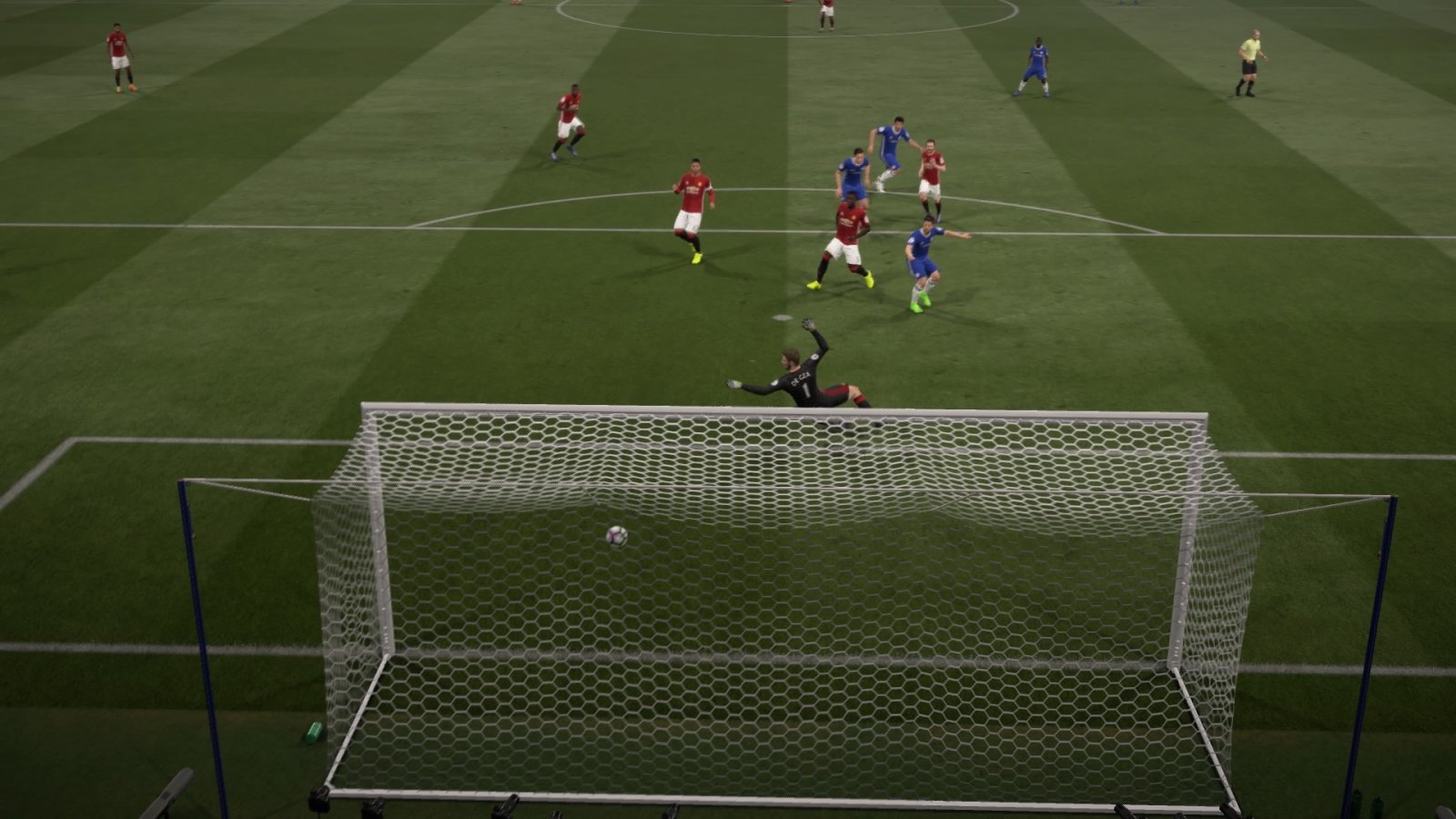 But it was Antonio Conte’s hosts who defeated the defending champions and booked their place in the semi-finals, after fending off United 2-0 at Stamford Bridge – on FIFA 17 anyway!

The ever-present Eden Hazard broke the deadlock after 36 minutes played, brilliantly turning away from Eric Bailly, before planting the ball past goalkeeper David De Gea (Above).

Then, shortly after the hour-mark, star striker Diego Costa wrapped up Chelsea’s passage into the FA Cup’s last-four, finishing off a swift counter-attack, led by Willian, to double The Blues’ advantage.

A miserable, miserable return to the Bridge for Manchester United boss Jose Mourinho. 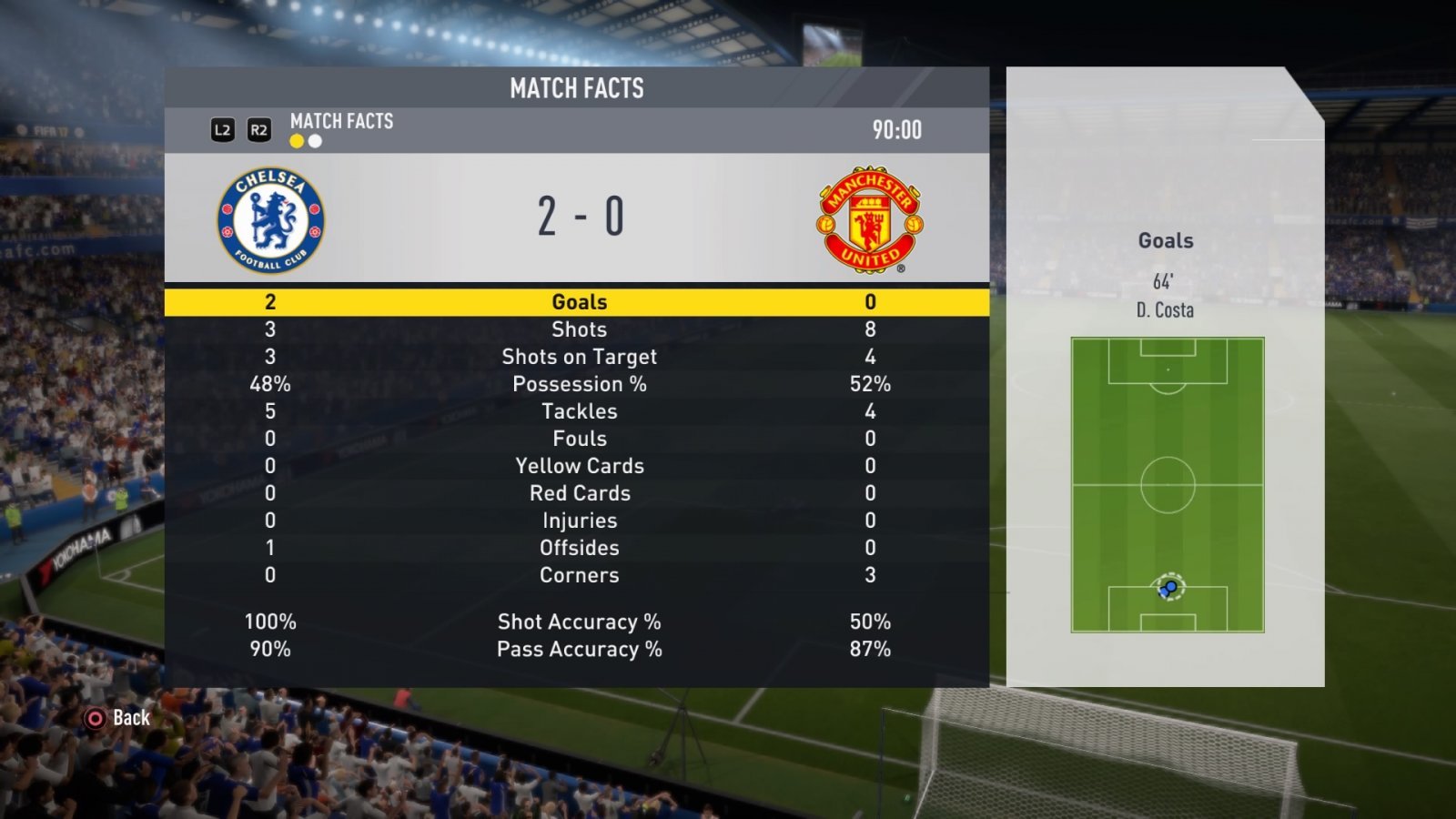