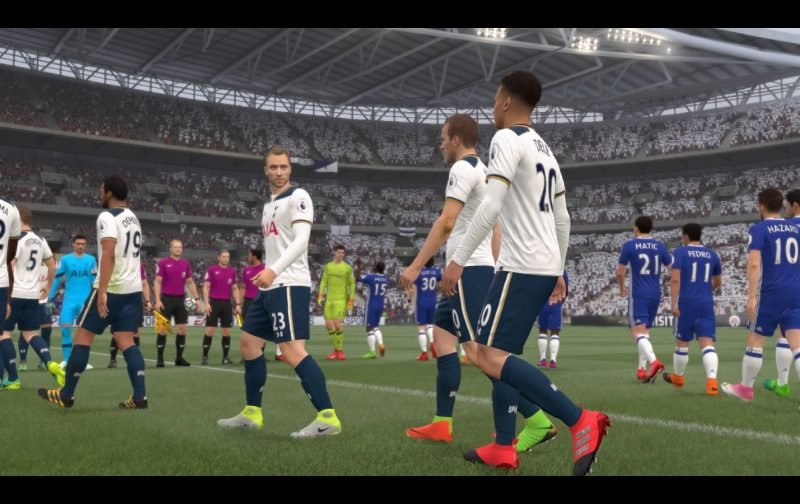 Ahead of Saturday’s Emirates FA Cup semi-final clash between Chelsea and Tottenham Hotspur at Wembley Stadium (17:15), Shoot! took to FIFA 17 to try and predict the scoreline.

The Blues, who currently sit four points clear of tomorrow’s opponents in the Premier League table, are likely to be without centre-half Gary Cahill, who has been treated for gastroenteritis this week.

Meanwhile Spurs, who have won their last seven top-flight outings in a row, are without regular cup goalkeeper Michel Vorm due to a knee injury, meaning captain Hugo Lloris is set to deputise between the sticks. 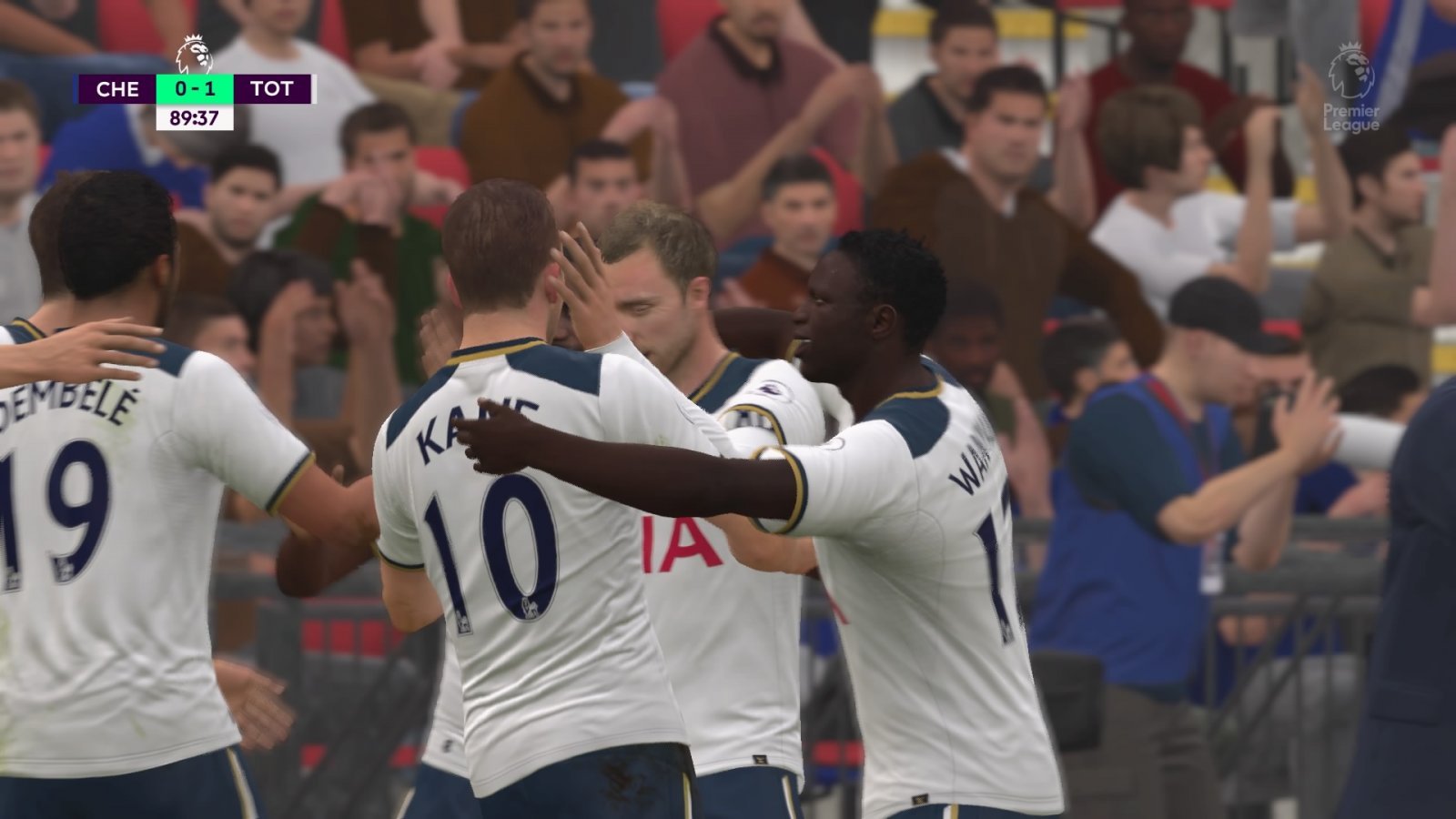 With both teams occupying the top two places in the Premier League standings, this semi-final has the billing of a thrilling cup tie, though our simulation match was fairly bland – on FIFA 17 anyway!

But it was Spurs who dominated the match, restricting Chelsea to just two shots all game, without either being on target.

Having dominated possession, Mauricio Pochettino’s side finally scored the goal they deserved in the dying embers of this semi-final, as Harry Kane neatly headed home Christian Eriksen’s cross on the stroke of full-time.

Can Tottenham mirror their gaming triumph and set up an FA Cup final against either Arsenal or Manchester City next month? 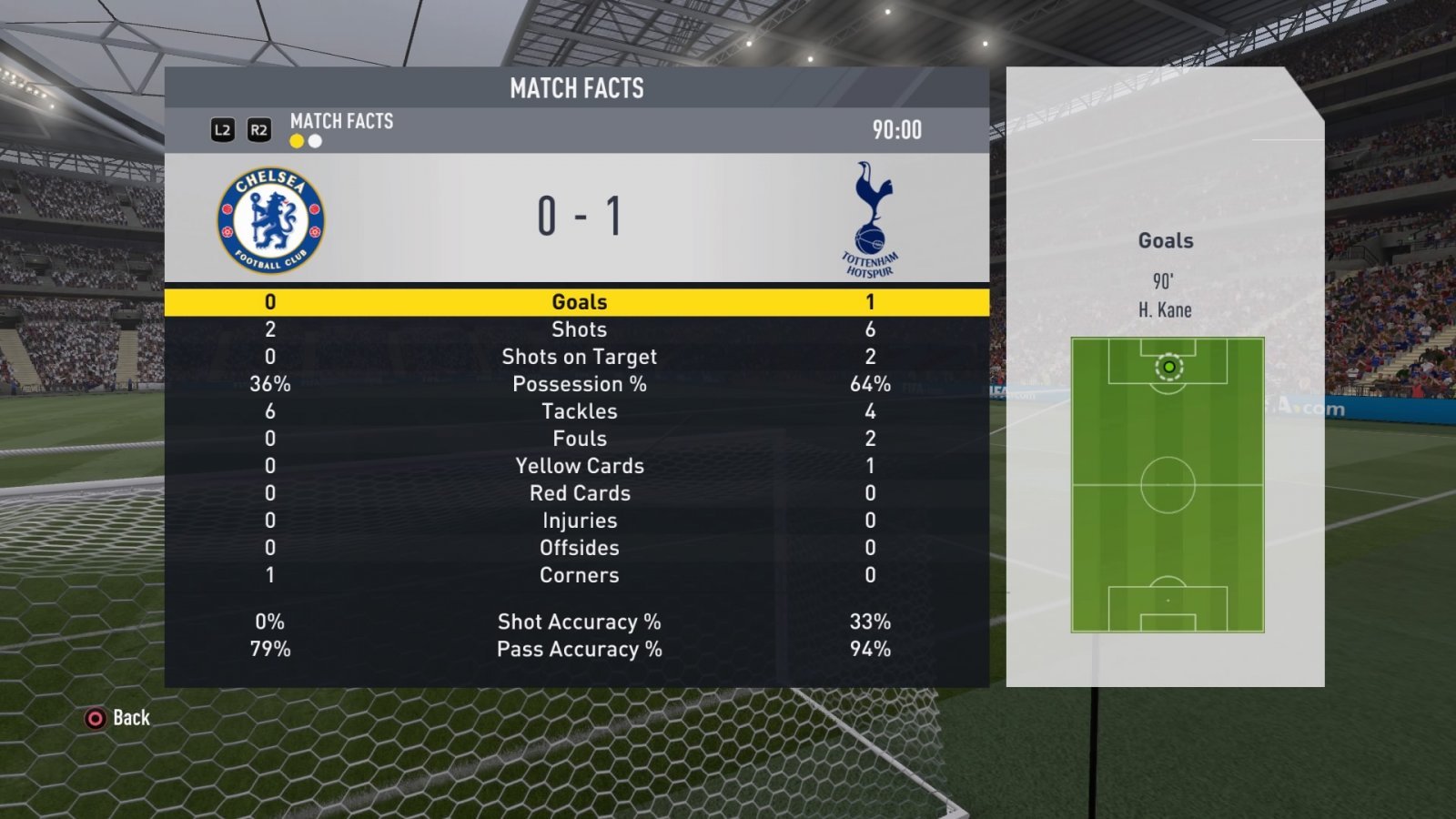