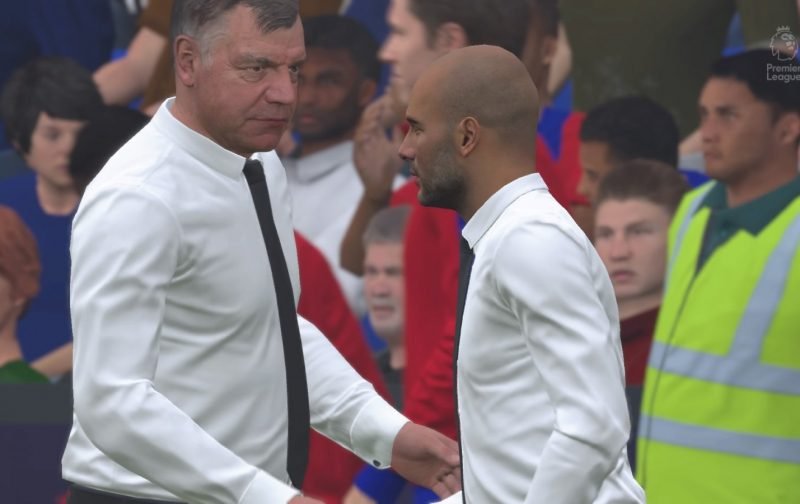 Ahead of Saturday’s FA Cup fourth round clash between Crystal Palace and Manchester City at Selhurst Park (15:00), Shoot! turned to FIFA 17 to try and predict which side would progress to the next round and take another step closer to Wembley Stadium.

The Eagles, who currently lie two points adrift of safety in the Premier League’s relegation zone, could be without new signing Jeffrey Schlupp after he suffered cramp against Everton.

Meanwhile The Citizens, who drew 2-2 at home to Tottenham in the top-flight last weekend, could hand a start to £27m addition Gabriel Jesus in London. 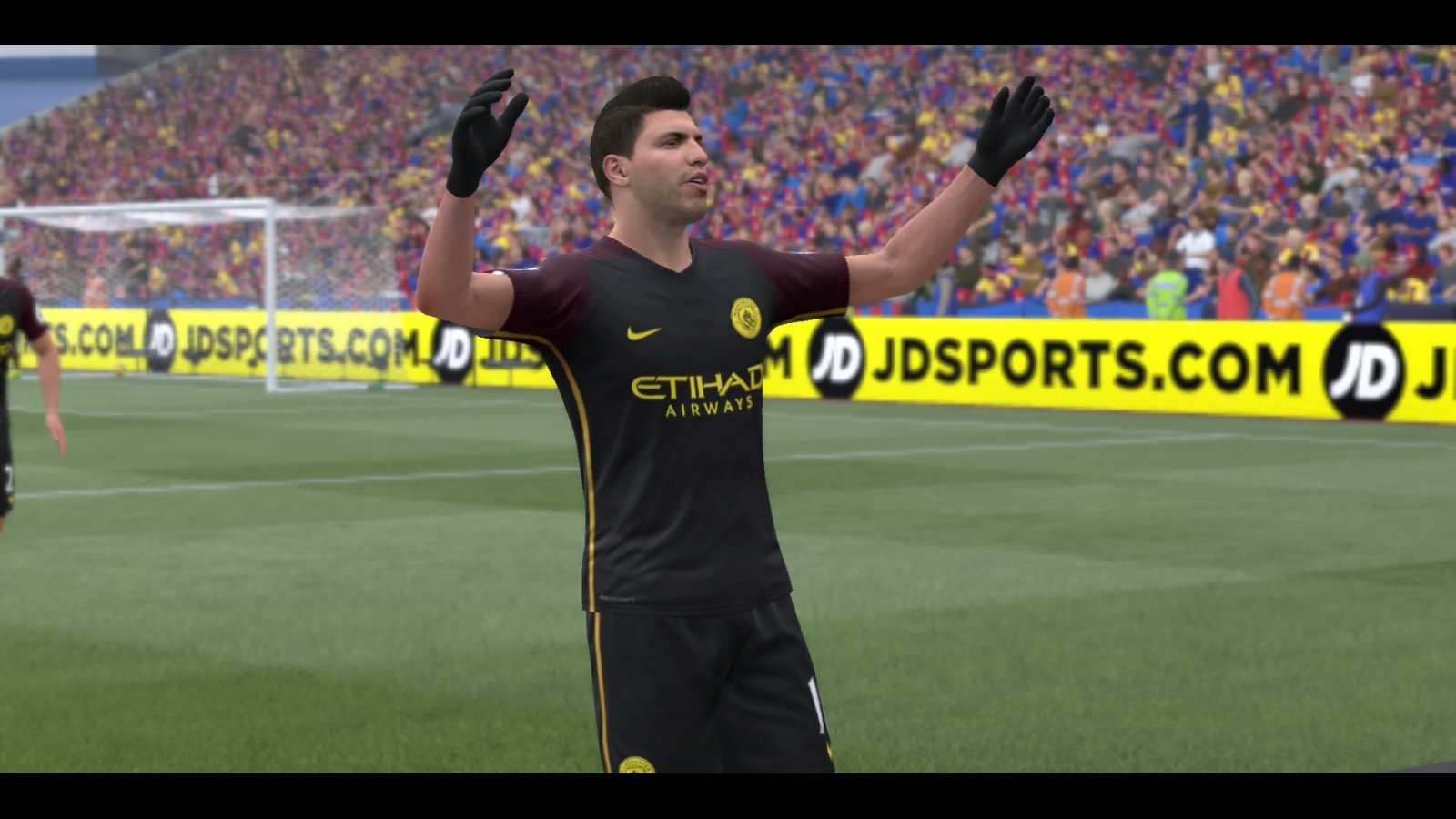 Having lost their last four league outings in a row, Palace’s barren run of form continued in the FA Cup this weekend, as Man City ran out 3-0 winners in the capital – on FIFA 17 anyway!

On his first start for his new club, Jesus opened the scoring in the 23rd minute, sliding in to convert Kevin De Bruyne’s through ball at the near post.

Then, star striker Sergio Aguero doubled the visitors’ lead (Above) shortly after the half-hour mark by blasting the ball through goalkeeper Steve Mandanda’s legs whilst one-on-one.

Just five minutes into the second-half, the Argentine ace grabbed his second and City’s third goal of the afternoon, heading home Raheem Sterling’s cross from the right-flank, seeing Pep Guardiola’s men cruise into the fifth round of the FA Cup. 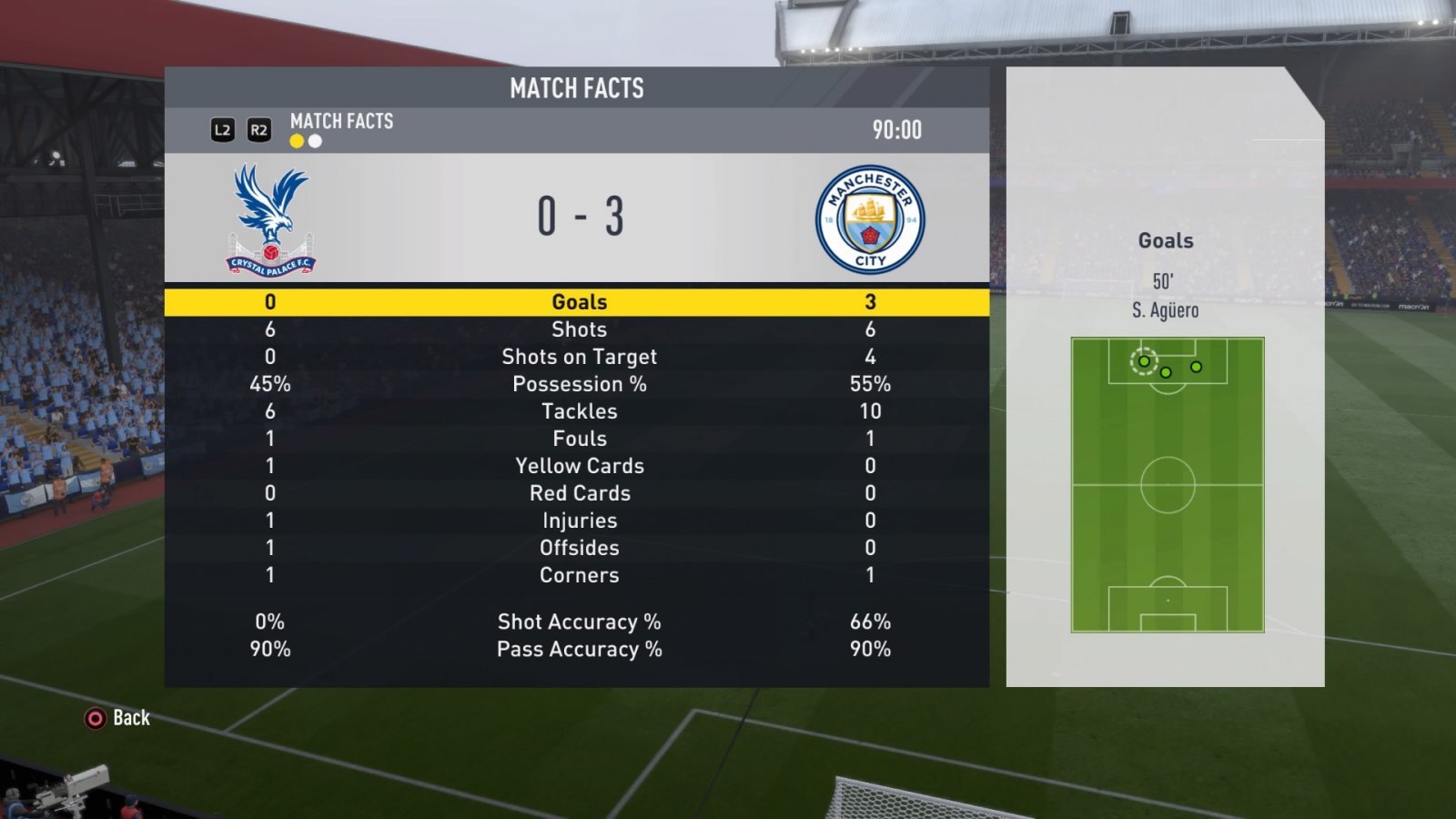