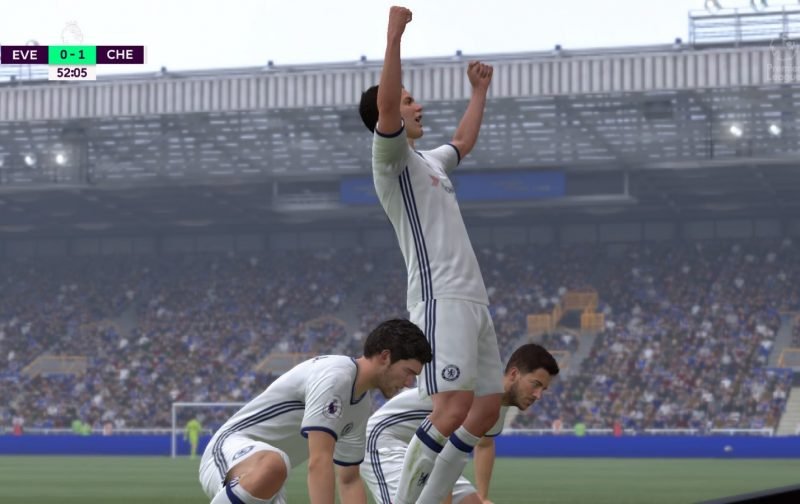 Ahead of Sunday’s Premier League clash between Everton and Chelsea at Goodison Park (14:05), Shoot! took to FIFA 17 to try and predict the scoreline.

The Toffees, who are chasing a top six finish in the top-flight and qualification for European football next term, will be without injured trio Aaron Lennon, Seamus Coleman and Ramiro Funes Mori.

Meanwhile The Blues, who sit four points clear at the top of the Premier League standings prior to kick-off, have no injury worries following their 4-2 victory over Southampton in midweek. 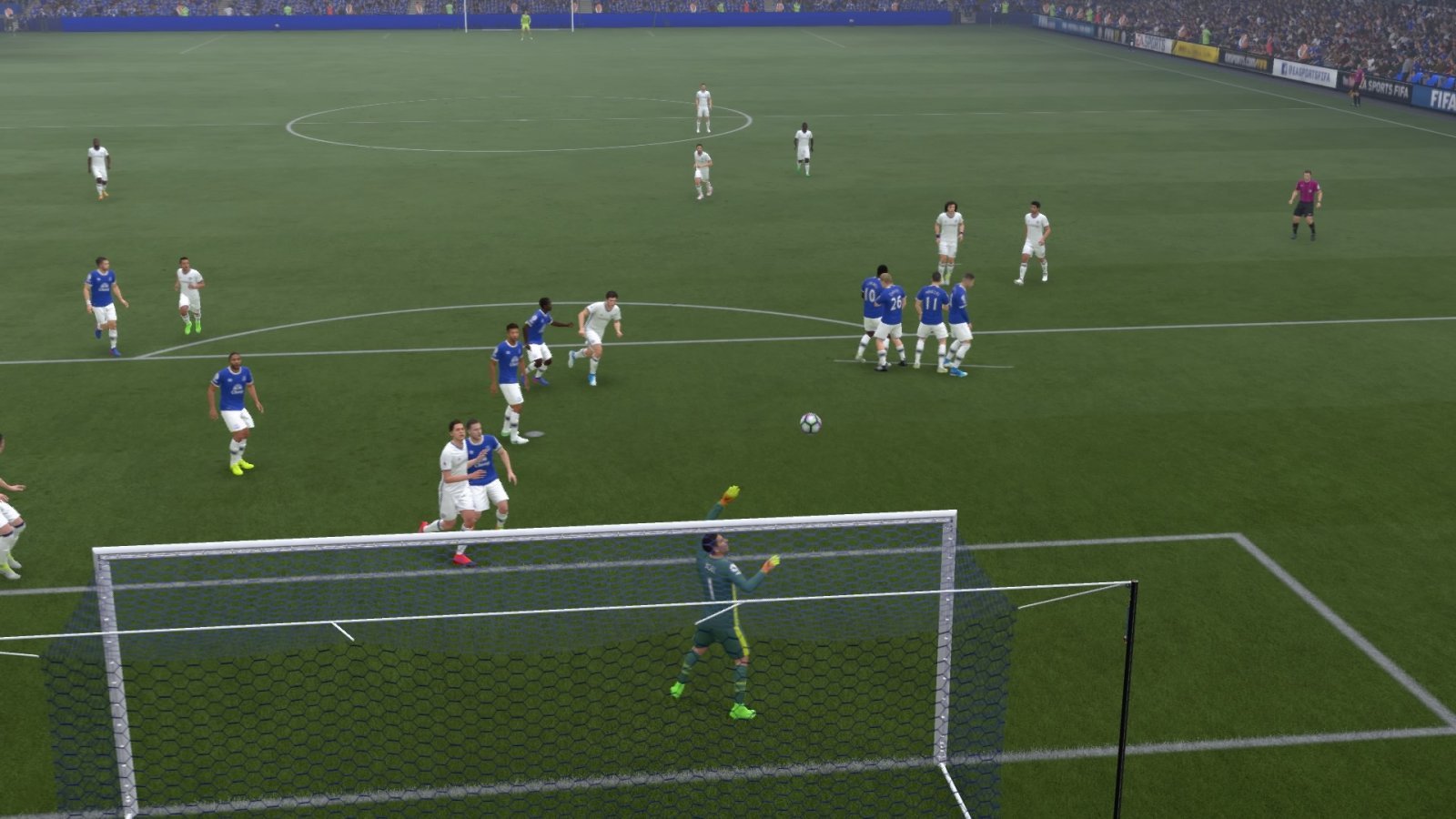 David Luiz almost opened the scoring with a first-half free-kick.

And it was Antonio Conte’s visitors who took another significant step towards the 2016-17 title after a narrow 1-0 away win in Merseyside – on FIFA 17 anyway!

Midfielder Nemanja Matic, who netted a terrific long-range effort last weekend against Tottenham in their FA Cup semi-final clash, proved to be the match winner on Sunday, tucking home the only goal of the game after Pedro’s powerful effort cannoned back off the upright. 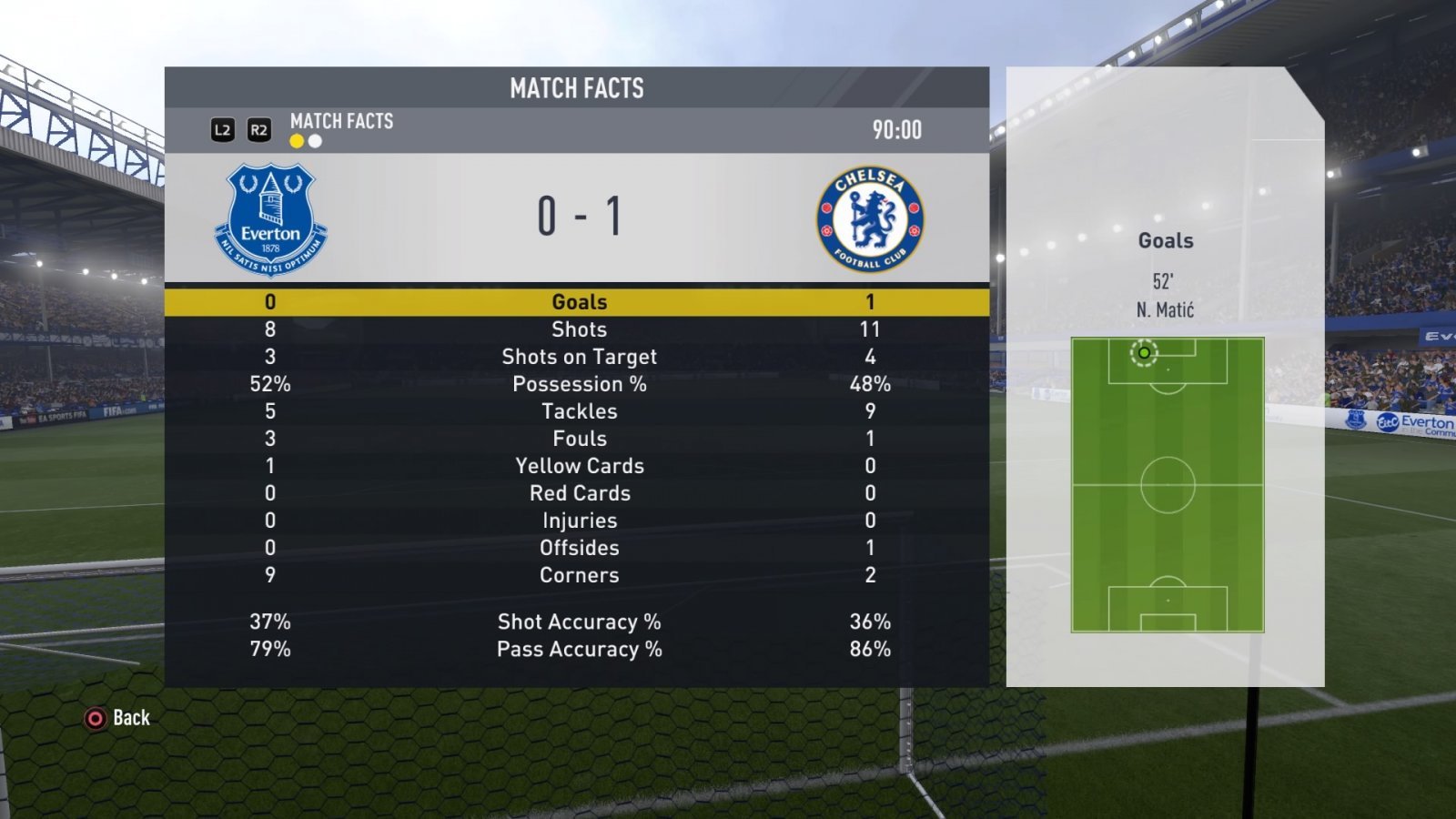