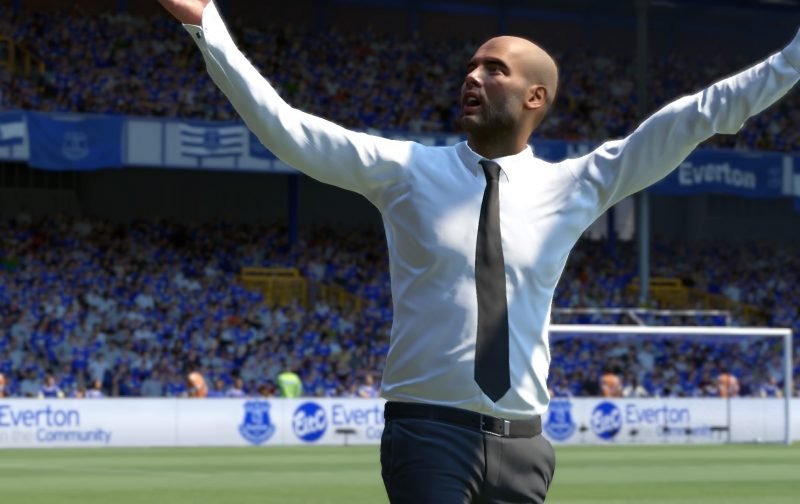 Ahead of Sunday’s Premier League clash between Everton and Manchester City at Goodison Park (13:30), Shoot! took to FIFA 17 to try and predict the scoreline.

The Toffees, who could give a debut to new signing Morgan Schneiderlin following his move from Manchester United, are looking to record back-to-back league wins after defeating Southampton last time out.

Meanwhile The Citizens, who are without the suspended Fernandinho, are also hopeful of sealing successive top-flight victories after narrowly fending off Burnley 2-1 in the New Year. 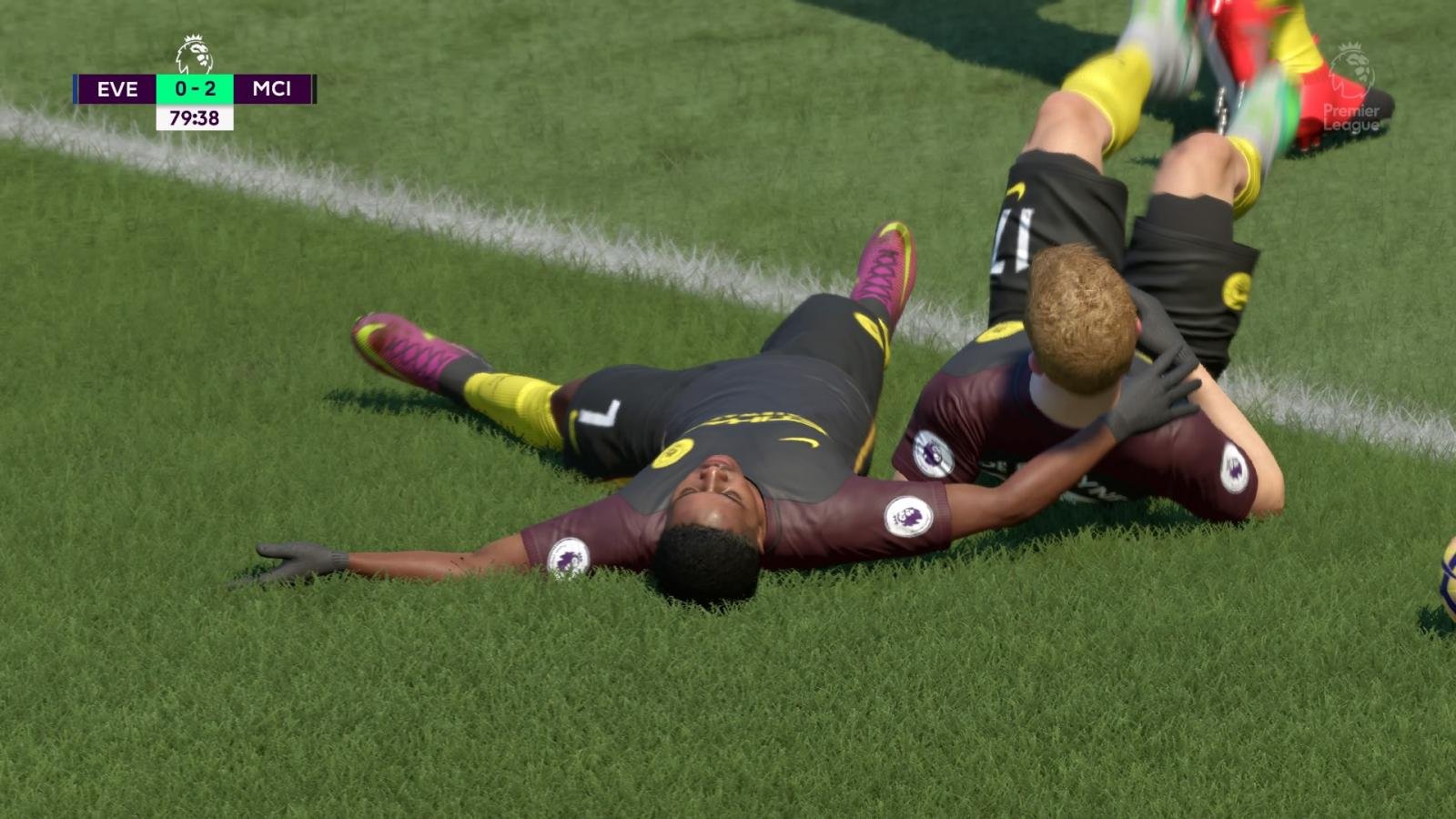 But it was Pep Guardiola’s visitors who eased to victory on Sunday afternoon – on FIFA 17 anyway – after wrapping up a convincing 3-0 win on Merseyside.

City went ahead inside 22 minutes as Kevin De Bruyne had two bites of the cherry to open the scoring, blasting home a close-range effort at the second attempt after Everton goalkeeper Joel Robles did well to block the Belgian’s initial header.

Heading into the final 10 minutes, Raheem Sterling doubled the away side’s lead (Above), tapping home from close-range after Leroy Sane’s lay-off, before left-back Gael Clichy added sparkle to the scoreline with a terrific curling effort from the edge of the 18-yard area.

Ronald Koeman’s hosts failed to register a single shot on target as City cruised to all three points. 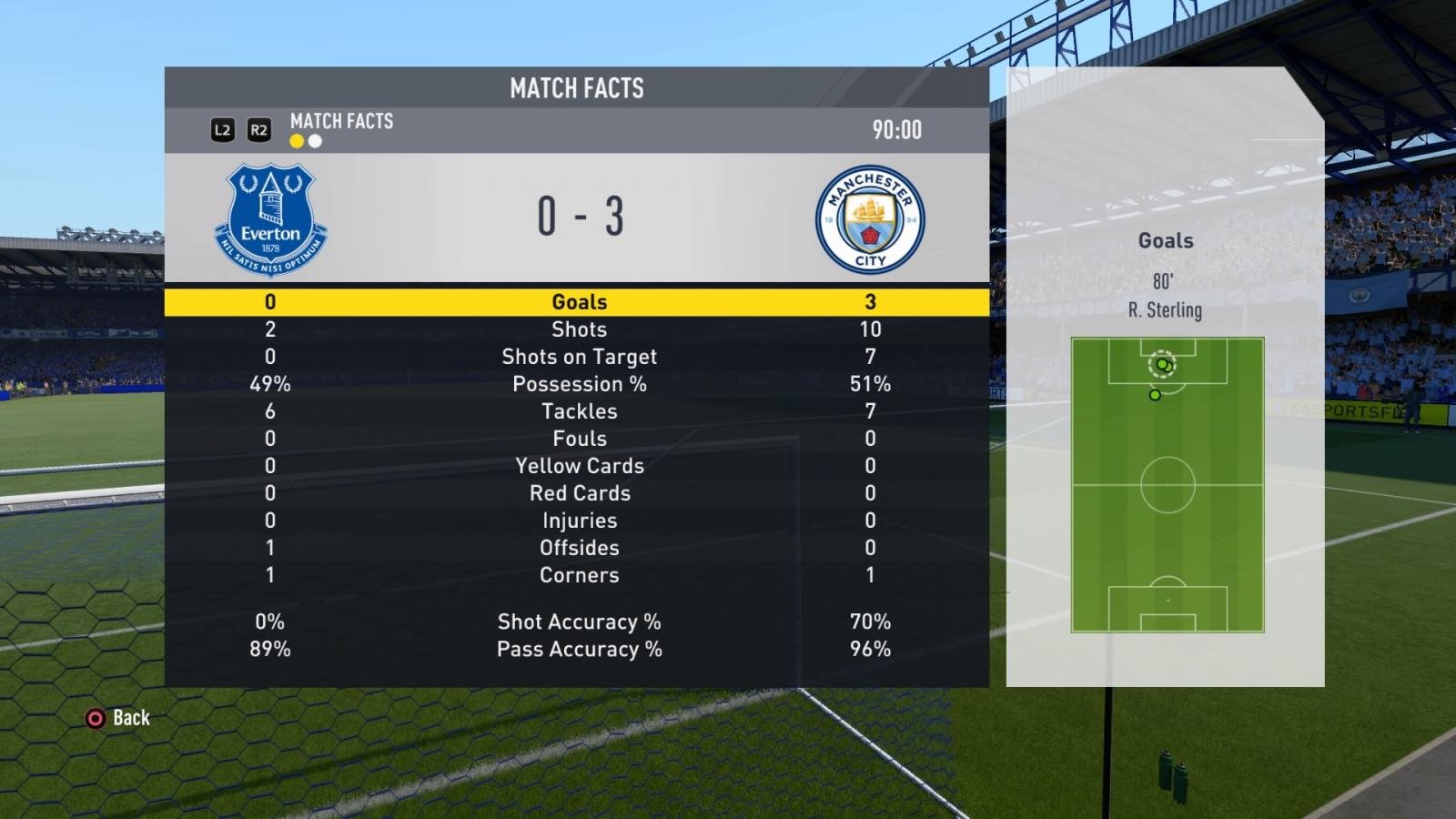