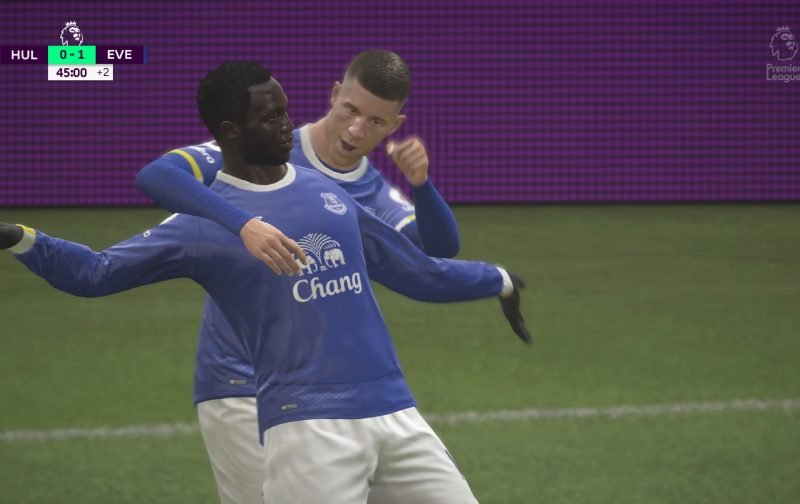 Ahead of Friday’s Premier League clash between Hull City and Everton at the KCOM Stadium (20:00), Shoot! took to FIFA 17 to try and predict each club’s final result of the calendar year.

The Tigers, who head into tonight’s tie rock-bottom of the top-flight standings, already four points adrift of safety after their opening 18 fixtures, are searching for a much needed league win.

Meanwhile The Toffees, who sit seventh in the standings prior to kick-off, are looking to build upon their solid 2-0 victory at The King Power Stadium on Boxing Day after defeating 2015-16 Premier League champions Leicester City. 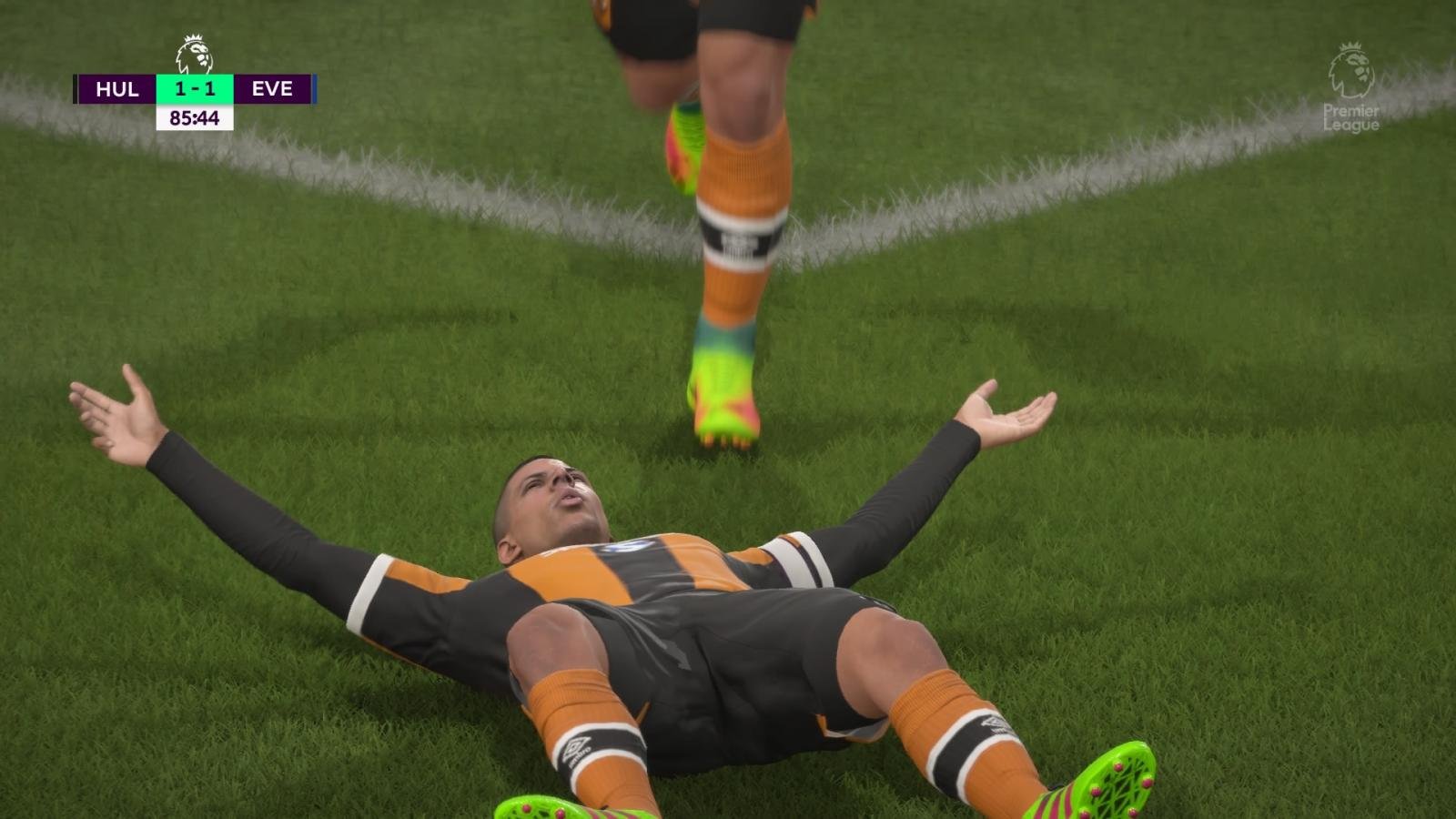 Despite not snatching all three points; it was the home supporters who went home happier from tonight’s fixture as Hull battled back to earn a share of the spoils (1-1) – on FIFA 17 anyway!

Romelu Lukaku fired the visitors in front on the stroke of half-time, beating goalkeeper David Marshall at his near post with a thunderous effort that rocketed into the roof of the net – his 11th Premier League goal of the campaign.

But Mike Phelan’s hosts levelled the match with just five minutes remaining. Ryan Mason danced his way through the Everton defence, before teeing up defender Curtis Davies from close-range, who stayed in the 18-yard area following a Tigers corner.

Nothing to separate the two teams in the world of gaming! 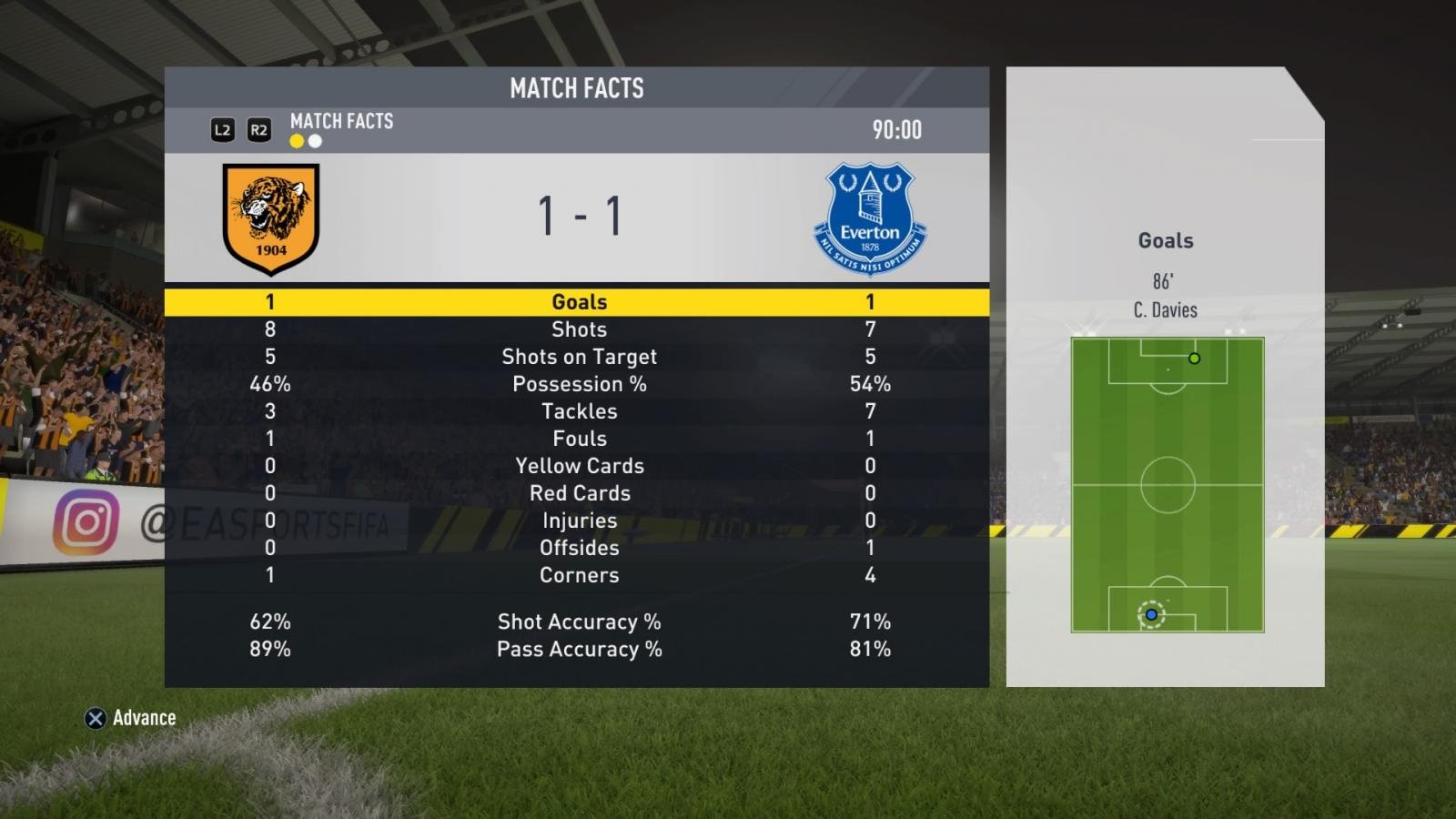