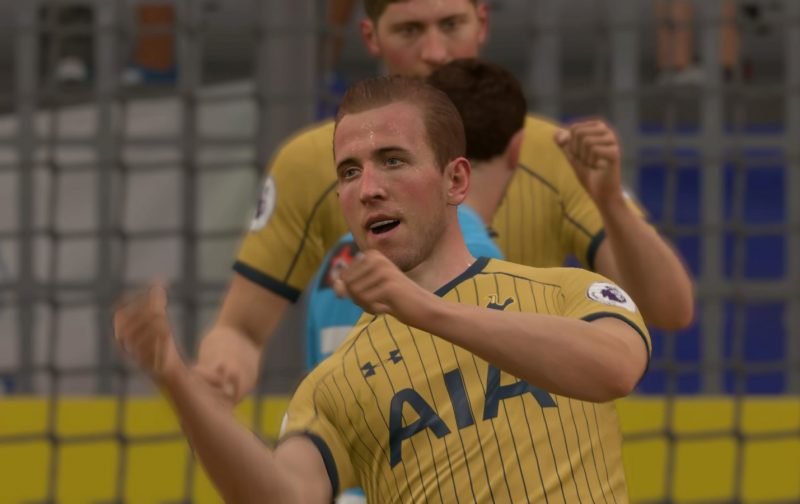 Ahead of Thursday’s UEFA Europa League Round of 32 first leg clash between KAA Gent and Tottenham Hotspur at the Ghelamco Arena (18:00), Shoot! took to FIFA 17 to try and predict the scoreline.

The hosts have dropped down to eighth in the Belgian Jupiler Pro League following their 1-0 defeat to Eupen on Saturday.

Meanwhile Spurs, who lost 2-0 at Liverpool at the weekend in the Premier League, will be without injured trio Jan Vertonghen, Danny Rose and Erik Lamela. 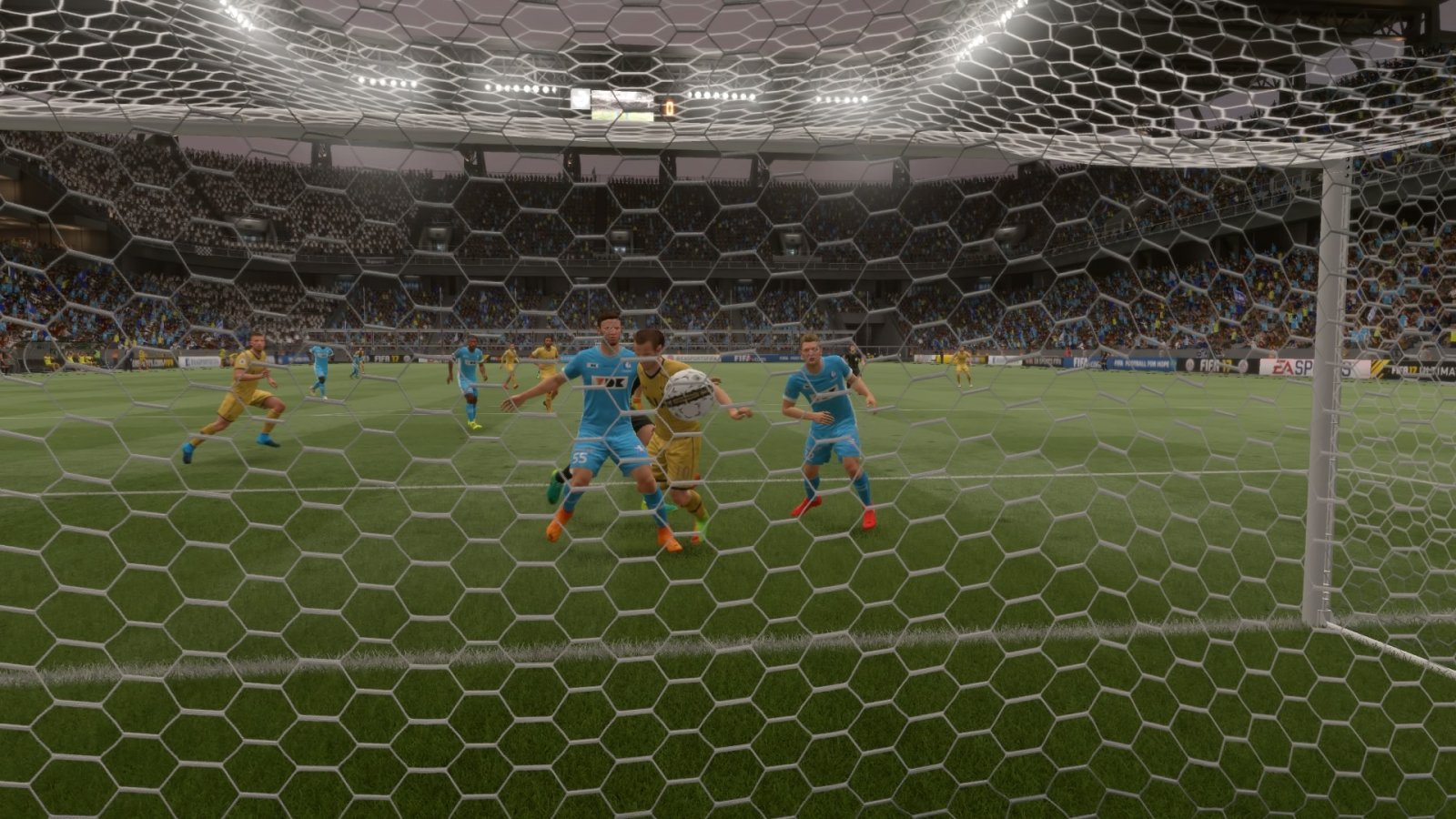 But Mauricio Pochettino’s men turned their fortunes around by recording an encouraging 2-0 away victory on Thursday night – on FIFA 17 anyway!

However, Spurs left it late, with strikes from Harry Kane and Christian Eriksen coming in the final six minutes of the match.

Firstly, England international Kane (Pictured above) headed home on 84 minutes from just a few yards out after Gent goalkeeper Lovre Kalinic could only spill Son Heung-min’s effort straight into the path of the 23-year-old.

Then, midfielder Eriksen assured Tottenham secured a vital first leg victory and doubled their advantage with three minutes remaining, beating the offside trap to beat shot stopper Kalinic at his near post.

Spurs welcome Gent to White Hart Lane for the return leg on February 23. 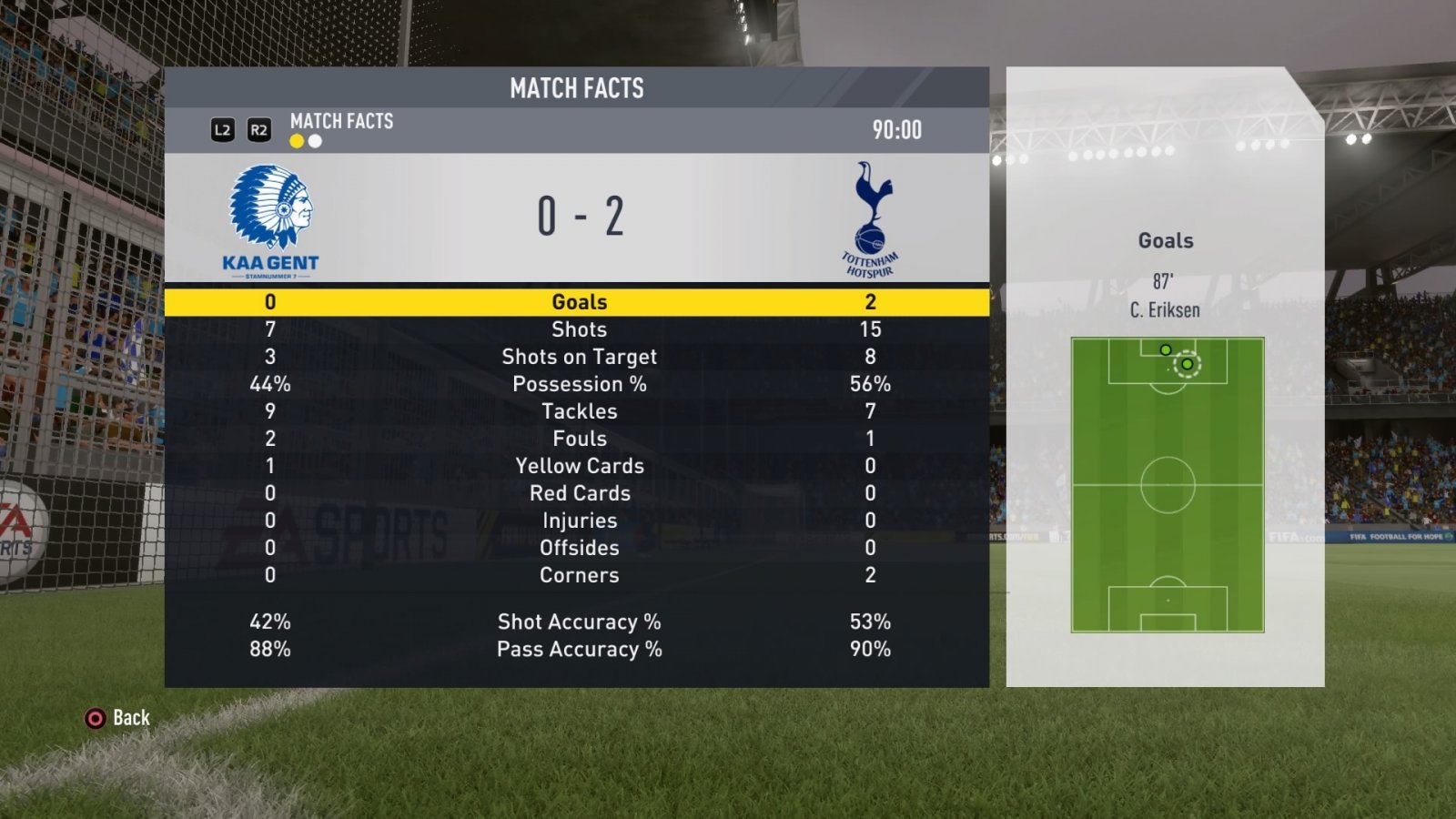