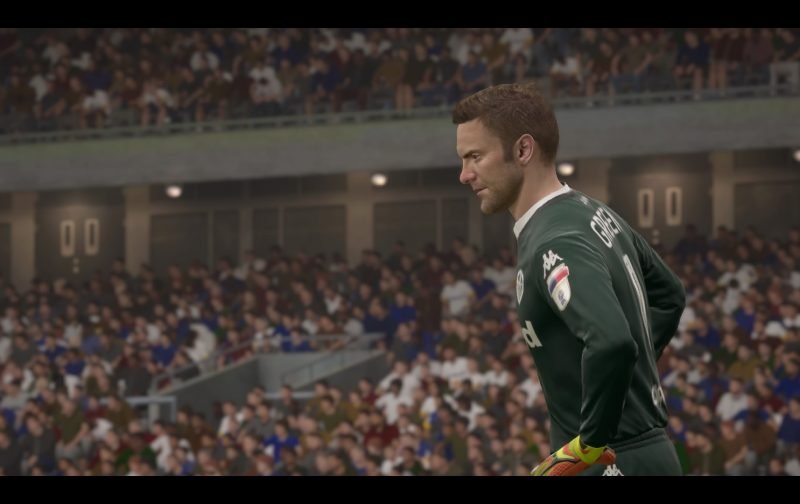 Ahead of Wednesday’s Championship clash between Leeds United and Nottingham Forest at Elland Road (19:45), Shoot! turned to FIFA 17 to try and predict this midweek result.

The Whites, who lost 3-2 to Yorkshire rivals Barnsley at the weekend, welcome back key centre-half Pontus Jansson following suspension.

Meanwhile The Reds, who sit just five points above the division’s relegation zone, after hopeful of building upon Saturday’s slender 1-0 home victory over Bristol City. 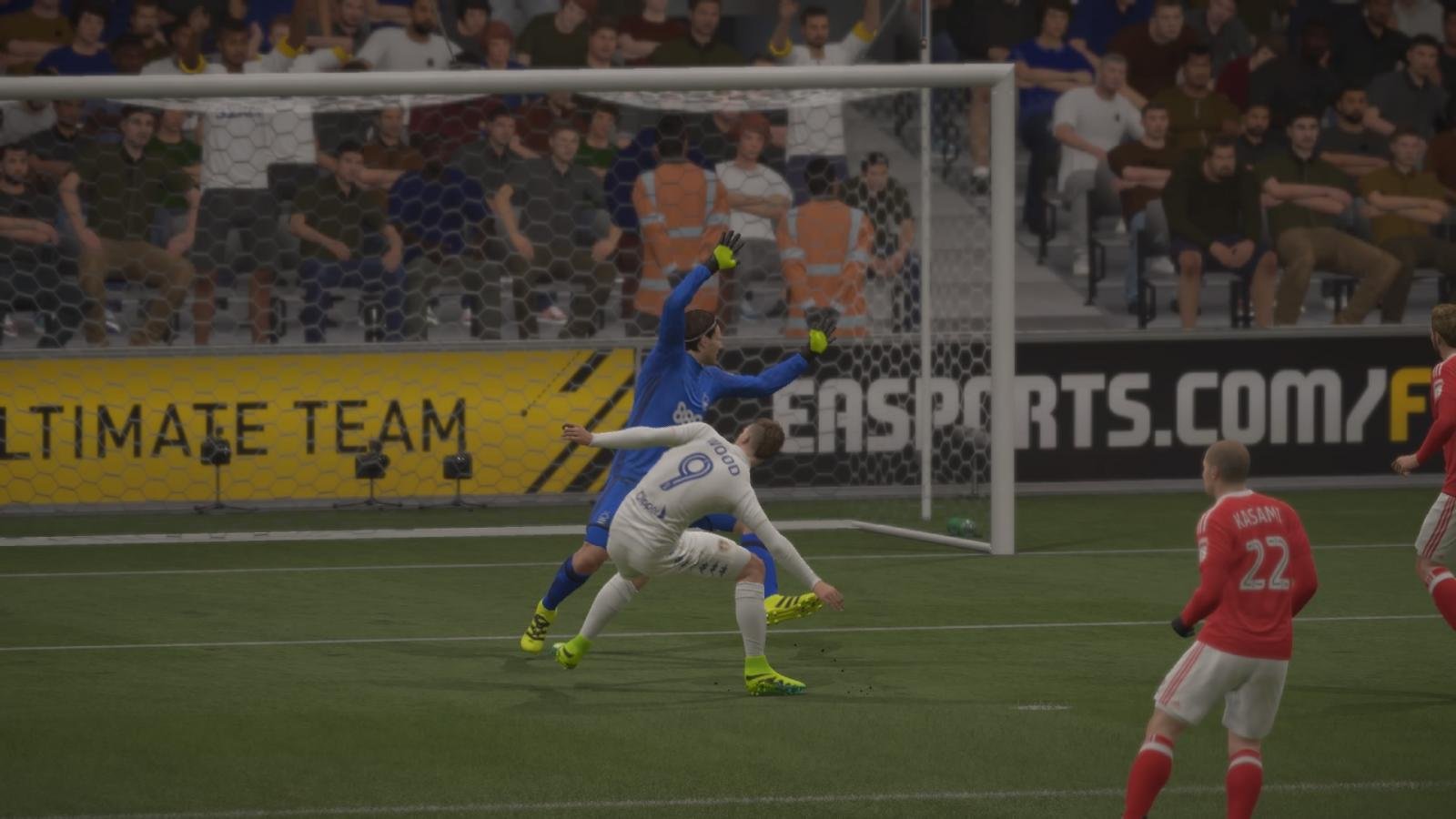 But it proved neither side could get the better of each other, as Leeds and Forest battled to earn a 1-1 draw in Yorkshire – on FIFA 17 anyway!

After a poor first-half, where only the visitors’ Ben Osborn forced an easy save from goalkeeper Rob Green, Jamie Ward opened the floodgates with his first goal for Forest since returning from a loan spell at Burton Albion.

The winger smashed Britt Assombalonga’s lay-off first time to fire the ball into the top corner from 20 yards out after 51 minutes.

The New Zealand international tucked away his 17th league goal of the season (Above) to salvage a draw for the hosts, who would in reality climb up to third in the league table given the stalemate. 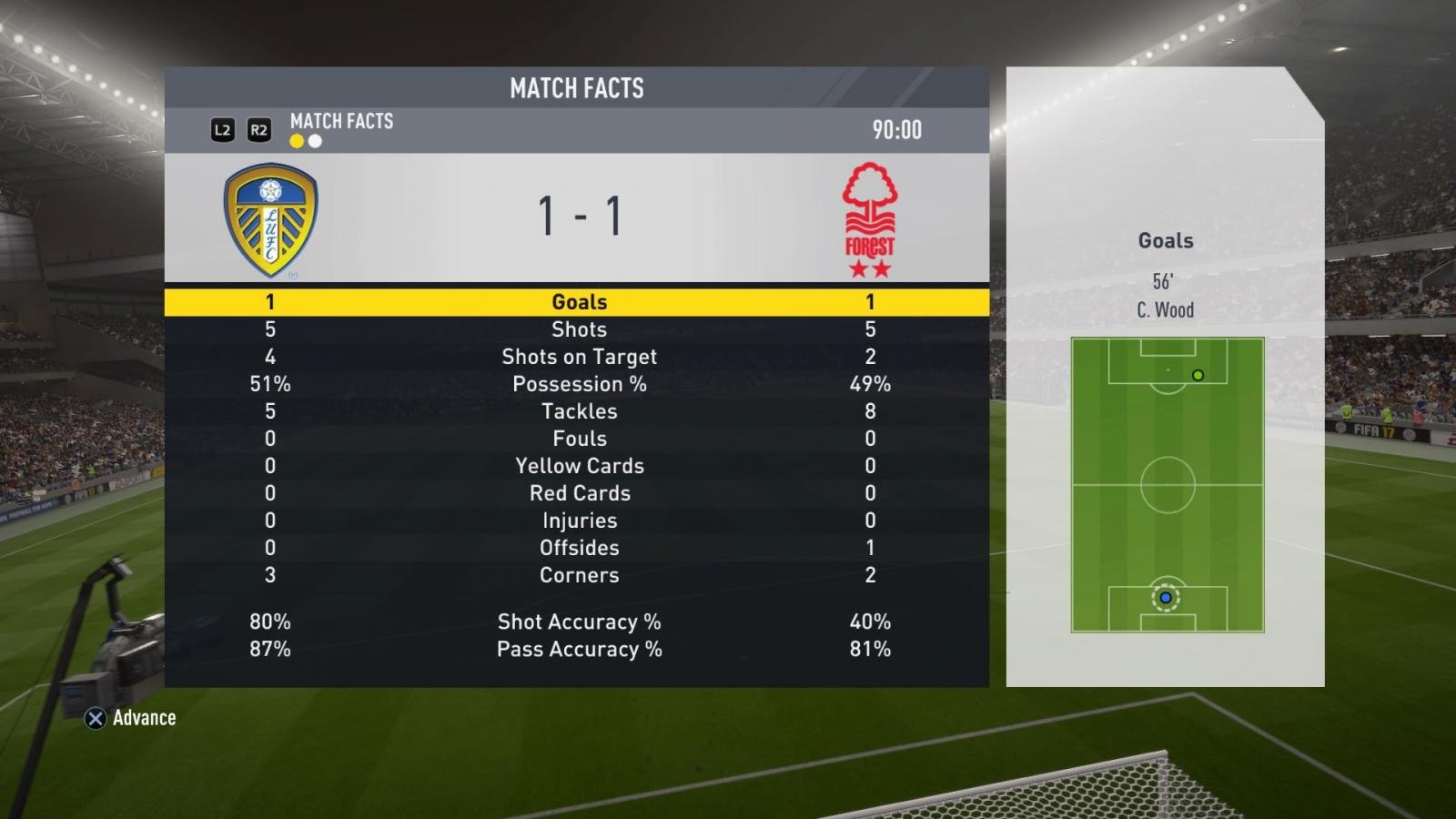