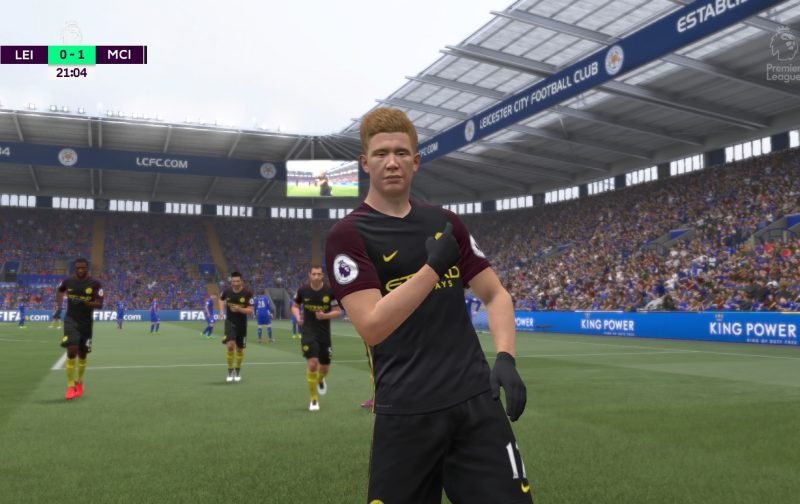 Ahead of Saturday evening’s Premier League fixture between Leicester City and Manchester City at the King Power Stadium, Shoot! took to FIFA 17 to predict tonight’s scoreline.

The Foxes, who incredibly lifted the English top-flight title during the previous 2015/16 campaign, have struggled in the league so far, despite advancing to the knockout stages of the UEFA Champions League.

Meanwhile the Citizens, who drew 1-1 against Celtic in midweek at the Etihad Stadium, are looking to bounce back to winning ways after their devastating 3-1 defeat to the hands of fellow title rivals Arsenal last weekend. 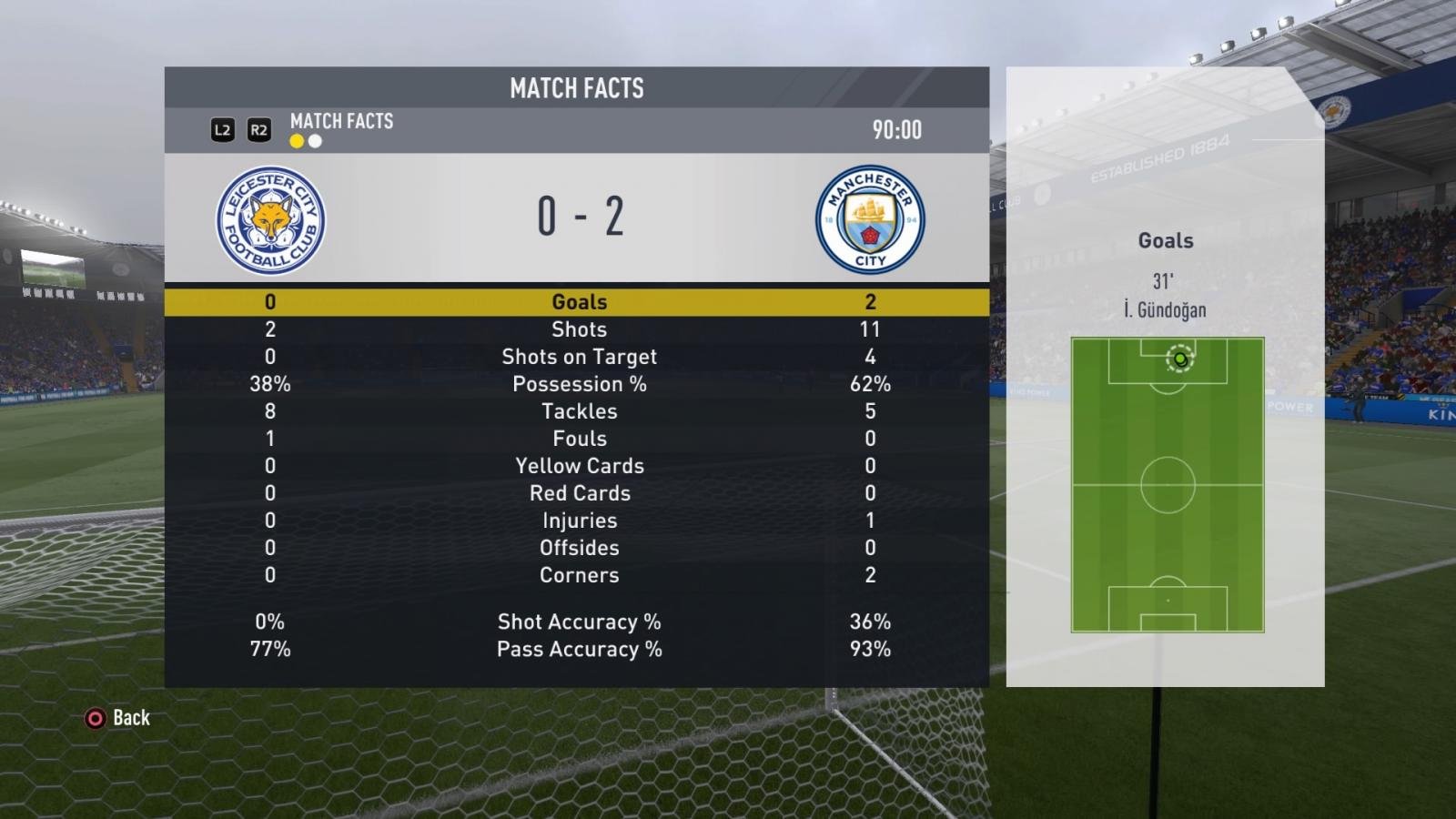 Well according to FIFA, Pep Guardiola’s men will do just that; claiming three points, scoring two goals and keeping a clean sheet at the defending Premier League champions this evening.

Much of the damage was inflicted inside the opening 31 minutes, as midfielders Kevin De Bruyne and Ilkay Gundogan eased past the Foxes defence to blast the ball past Leicester goalkeeper Ron-Robert Zieler, although Kelechi Iheanacho should have netted a third from close-range in the second-half.

What do you think the Leicester City v Manchester City scoreline will be?