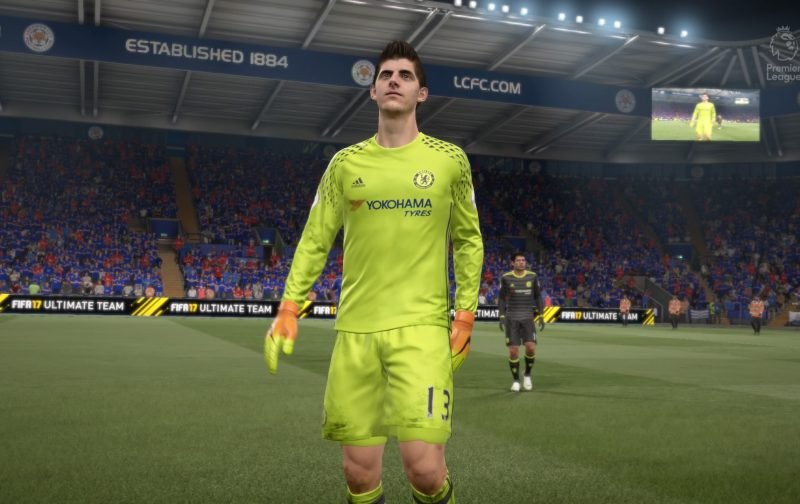 Ahead of Saturday’s Premier League clash between Leicester City and Chelsea at the King Power Stadium (17:30), Shoot! took to FIFA 17 to try and predict the scoreline.

The Foxes, who are without the likes of Riyad Mahrez, Islam Slimani and Daniel Amartey due to the Africa Cup of Nations, are looking for just their sixth league win of the season tonight.

Meanwhile The Blues, who are without suspended captain John Terry, will be hopeful of moving eight points clear of second-placed Liverpool at the top of the table with a victory. 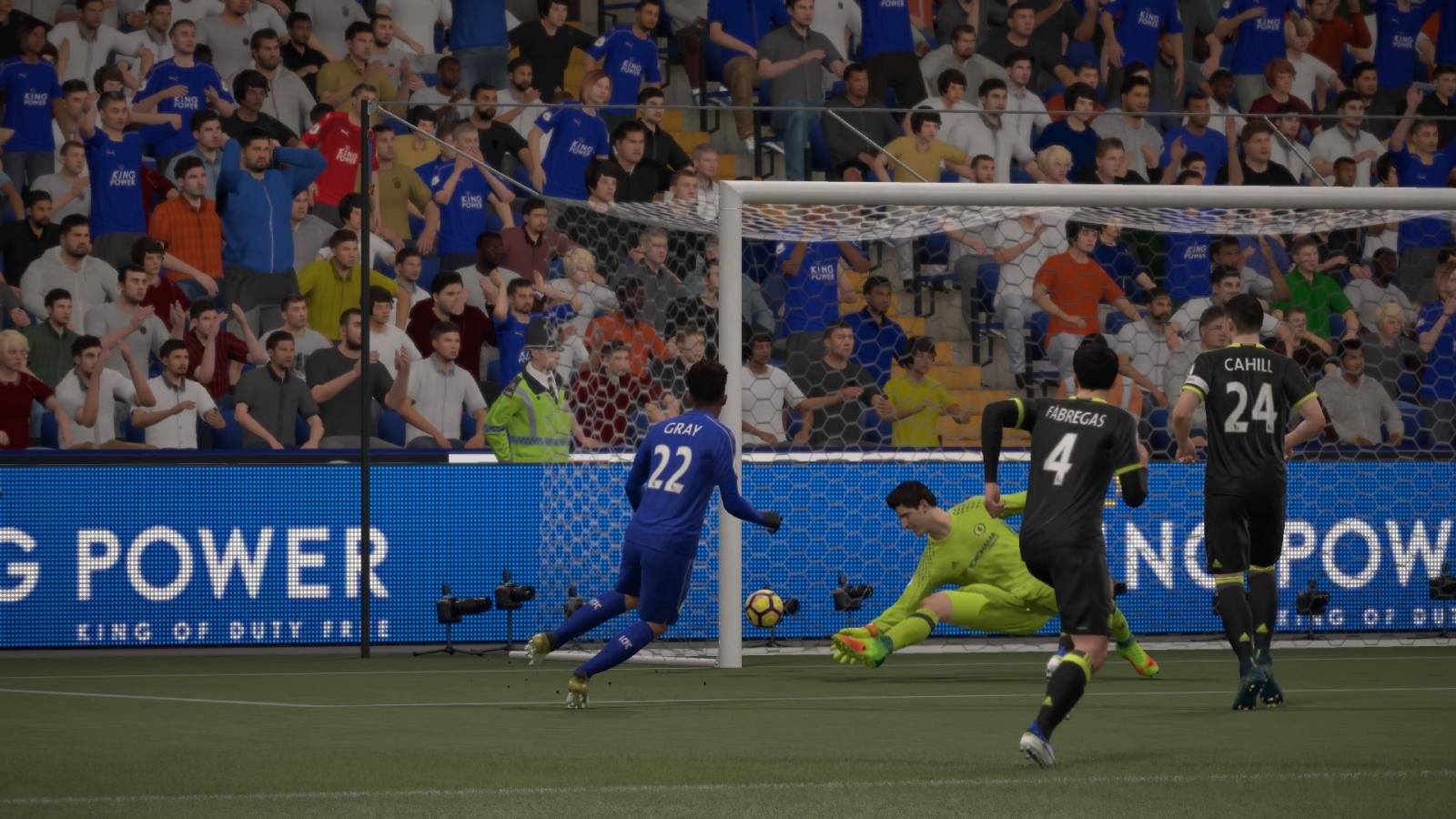 But it was Leicester manager Claudio Ranieri who got one over his former club, as the hosts recorded a comfortable 2-0 victory over the Premier League leaders – on FIFA 17 anyway!

After César Azpilicueta brought down Jamie Vardy in the 18-yard area after just 12 minutes, the England international dusted himself down and stepped up to fire Leicester in front, sending goalkeeper Thibaut Courtois the wrong way with his spot-kick.

Throughout the 90 minutes, Antonio Conte’s visitors failed to register a single shot on target, with the out-of-sorts Blues failing to find any rhythm at the King Power.

Then, with just minutes remaining, Foxes’ winger Demarai Gray made sure of the result, beating Courtois (Above) at his near post in the 88th minute to wrap up all three points for Leicester. 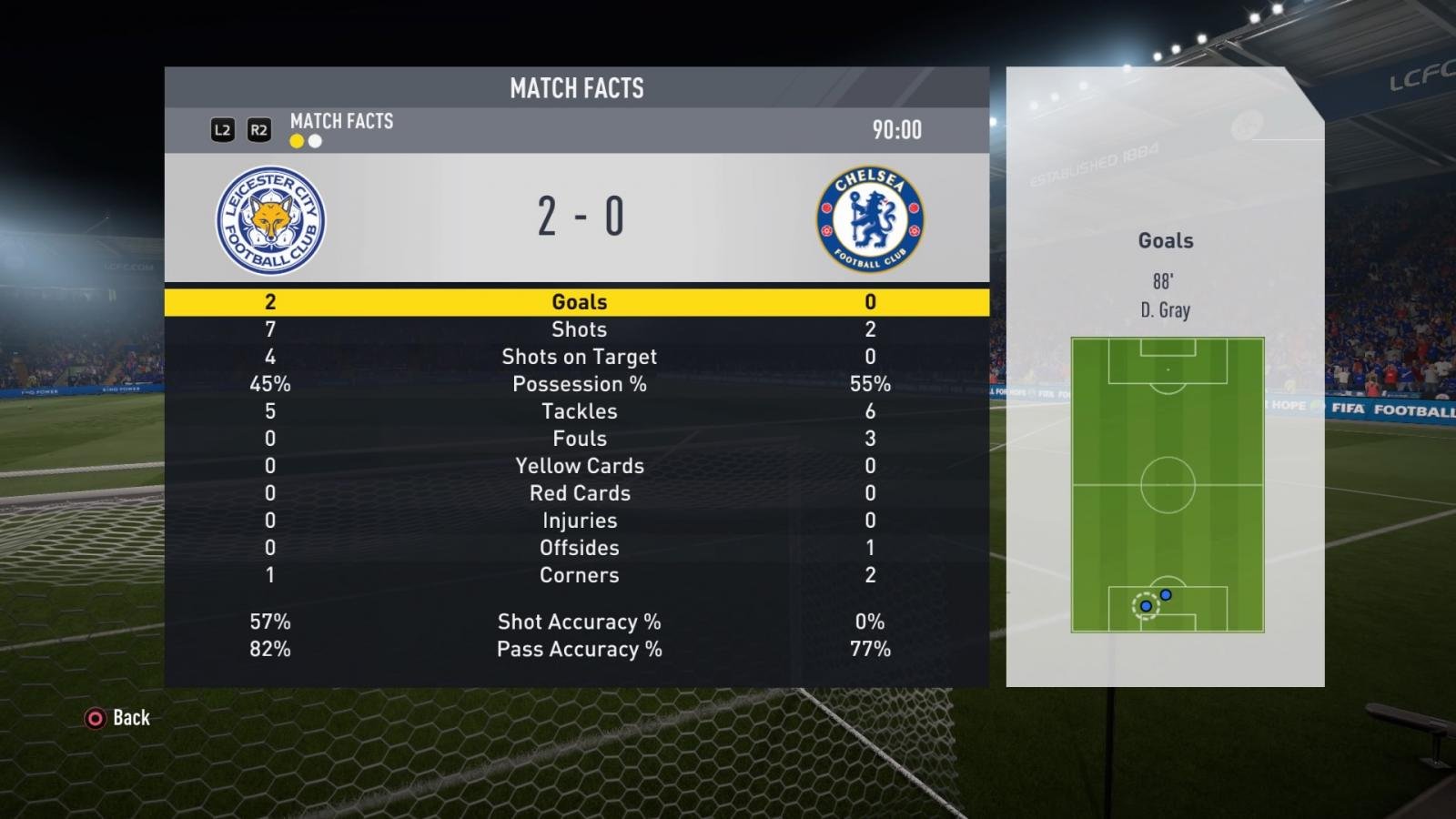